White Noise: Bobby Sessions Ain’t The Only One Getting Signed. 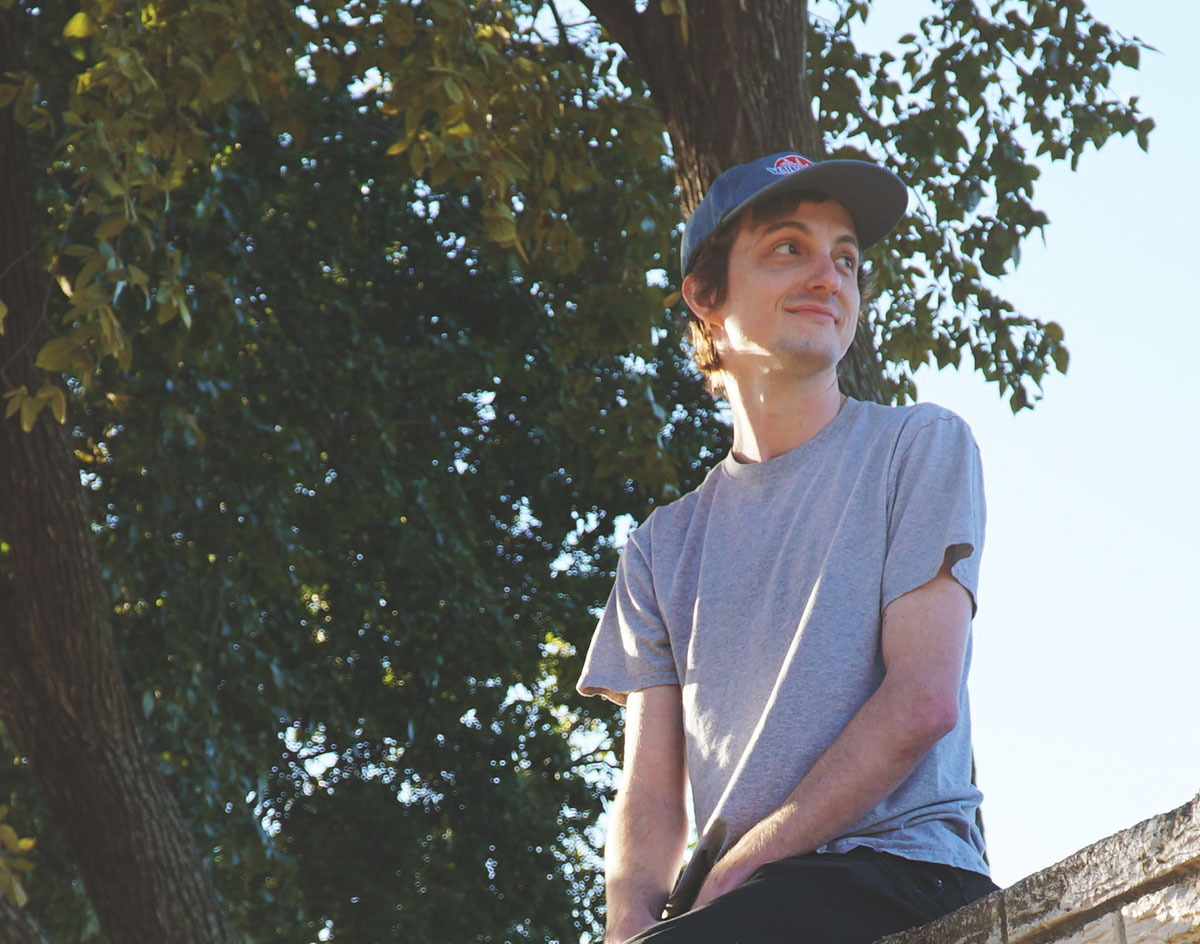 There’s no doubt that the biggest music news around town, even a week later, is the fact that Dallas rapper Bobby Sessions has officially signed to the legendary Def Jam Recordings.

But in this thriving music economy, Sessions isn’t the only artist signing his name to the dotted line. This week alone, two other area acts also put pen to paper.

In a Facebook post also featuring a video in which he can be seen sharing a blunt with Migos member Quavo, Dallas rapper Lil Cobaine (nee Cayman Cline) announced that he’d signed a management deal with the Quality Control label behind that group, as well as acts such as Lil Yachty, Johnny Cinco, OG Maco and Skippa da Flippa. While implying that he’d flirted with Def Jam, Republic, and Atlantic before signign with QC, Cobaine said the following in his announcement: “This year is a MASSIVE *FUCK YOU* to anybody and everybody who shit on me.” No word yet on if we here at Central Track belong in that group since we called his decision to include a clip of him having sex with a little person (NSFW, obviously) in his video for “Let It Play” a disappointing stunt. But, on the other hand, we did call that same song our 16th favorite North Texas track of 2018, so who knows?

Then there’s Dallas singer-songwriter Caleb Ian Campbell (pictured in the above cover photo), who has been active in the North Texas music scene since his days in the band The Polycorns in the late ’00s. Now performing under the name of Ari Roar through which he’s released a handful of EPs and one of our favorite songs of 2016, Campbell announced this week that he’s signed a deal with Bella Union to release his debut LP later this year. Bella Union, which was founded by Cocteau Twins member Simon Raymonde and has released albums from Beach House, Father John Misty, Flaming Lips, Explosions In The Sky and The Walkmen among many others, has long had a thing for North Texas-based acts, having released albums from Midlake, Lift To Experience and Robert Gomez over the years. Ari Roar’s signing seems a natural progression of that. In announcing the news, Brooklyn Vegan this week premiered the title track from the album, called Calm Down and due out May 25, comparing it to the likes of Harry Nillson and The Zombies, with splashes of Elliot Smith and Built to Spill. Give that song a listen below:

As of now, Ari Roar hasn’t announced any touring plans — but there are plenty of other goings-on to keep up with this spring.

For instance, after having announced its bill last month, Fort Worth’s Fortress Festival announced today its daily bills, with hip-hop legends De La Soul and RZA topping the bill Saturday night, and indie stalwarts Father John Misty and Courtney Barnett closing out the festival on Sunday. You can check out the entire day-by-day breakdown here.

Sticking on the festival front, Austin’s Levitation finished announcing its bill this week and confirmed that three of North Texas’ best and brightest products in the psych realm — Pearl Earl, True Widow and Parquet Courts — are joining in on the fun.

Another crowd-pleasing event on the horizon comes from the Dallas Chamber Symphony, which is hopping on the silent film scoring train when, following the performance of two avant garde 20th century pieces on Tuesday, February 20, they tackle providing the sound for the silent comedy classic, A Sailor-Made Man. Head here for more info on that one.

History is fun, isn’t it? Well, here’s a quick lesson: Back in the ’60s, Dallas garage rock back Kenny & The Kasuals saw the success The Beatles were having and decided to follow suit, imitating the Fab Four’s every move, right down to the amps they were using. The move worked, turning the band from local stars to regional ones and then eventually getting them invited to perform alongside their heroes in their iconic Shea Stadium gig. Alas, a disagreement with a record label would eventually kick the Kasuals off that lineup, although the band would go on to later tour alongside the likes of Patti Smith, Iggy Pop and The Boomtown Rats. But why should you care? Well, on Friday, April 13, the original band is getting back together for a reunion show at Lone Star Roadhouse for a gig that any Dallas music history buff could appreciate. Head here for more details.

Before we move on, did you know that some people credit Kenny & The Kasuals with creating the first-ever psychedelic song with 1966’s “Journey to Tyme”? As a result, the record that song is on is worth over $500 these days, making it one of the most collectible records ever and a very tough one to find. But you know who could help you out with that? The folks at one of the nation’s oldest vinyl record stores, Record Town in Fort Worth. But you’re going to need to head to a new spot to find them, turns out. This week, the Fort Worth Star-Telegram reports that Record Town is changing ownership and moving from its longstanding location on University Drive just across from Texas Christian University’s campus to a new home on the Near Southside part of town.

Moving on to this week’s music releases but staying on the Fort Worth tip, the indie rockers of Chucho recently released a single titled “Oh Becky” from it’s upcoming new album, Becky & Me. The Fort Worth band is hosting that album’s release party this Saturday, February 17, at Lola’s Saloon.

Back here in Dallas, the alternative pop-punkers in The Happy Alright premiered a new music video this week via New Noise Magazine for their song “Loathe Letter,” which comes from the band’s new album Run Home that’s out now on Bandcamp.

Also out this week is a new one called Rescue from Without from ex-pat Dallas soundscape Lars Warn, which is too good to not include here even if he calls Washington, D.C. home these days.

Seems Dallas artist Heruankhamun Bey has similarly found inspiration beyond city limits in his recent collaboration with Ohio artist Amaru under the Amore Bey banner. Check out the theatrical video for their heartfelt “Keep Yo Faith” tune below:

Speaking of collaborations, let’s end the week by checking out this one called “JetPack” from Dallas rapper Tommy 2 plus Lil Ronny MothaF, Jaio and Skinny Lucyano. As we’ve said before, the Dallas and Fort Worth hip-hop scenes do these kinds of collaborations really well. We just wish we saw more of them is all.

Ari Roar cover photo by Kristin Saal. Got a tip for White Noise? Email us!