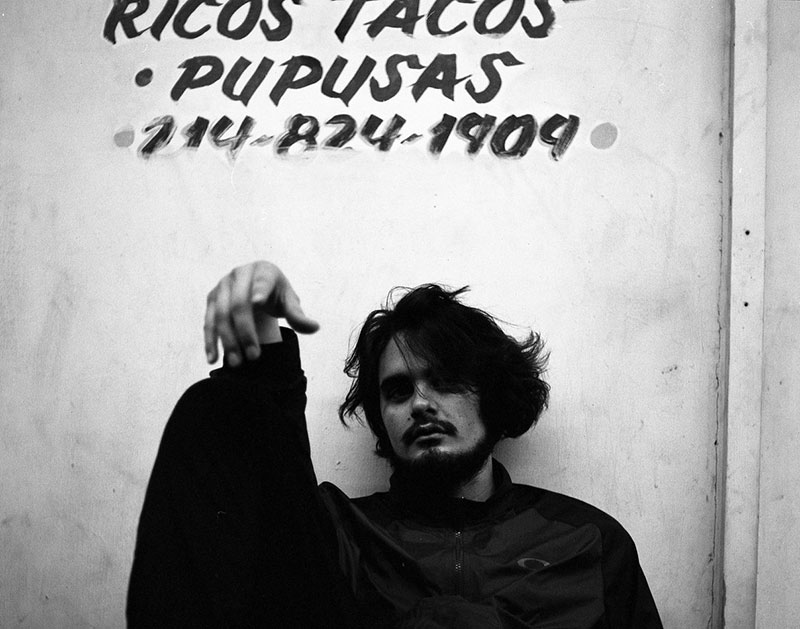 Stephen Carmona – Time’s Intention
RIYL: Getting lost in time.
What else you should know: Stephen Carmona’s new project is an amalgamation of lots of genres, but it somehow feels wholly unique. For instance, on “Fruit Falls,” the drums that kick off the track feature a boom-bap feel, and yet the guitar that winds through the beat introduces a blues feel and adds a layer of emotionalism that’s easy to get lost in. The whole album continues on that way with a wide range of styles, which Carmona deserves props for. But it’s also worth nothing the project features who’s who lineup of stellar Dallas music creatives such as -topic, Hevy Bens, Donny Domino and more.

Go Yayo x Trapboy Freddy x LilCJ Kasino x Yella Beezy (and more) – “6 Pick”
RIYL: Those old all-star remixes from the mid-aughts.
What else you should know: This beautiful ensemble track featuring rappers from Dallas and Fort Worth is certainly something we could get used to — and that we would like to see more of. This isn’t just some phoned-in collaboration track where each artist randomly sent in their verses and then got together to record the video, either. This cast was also together when they recorded the track and the video alike, and that extra effort shows.

G.U.N. – “Overseas (Feat. Trill Sammy)”
RIYL: Drinking Hi-Tech just like it was juice.
What else you should know: Over the last year or so, G.U.N.’s music has gone through an evolution. When he burst onto the scene and caught our attention, he truly lived up to his Geeked Up Ni**a moniker on the track “Johnny Cage.” Since then his music style has transformed into a more laid-back and whispery delivery that’s taken a little time to get used to. But on “Overseas,” he delivers that style with a quicker pace. It’s a lot more gripping this way, too, especially when alternating bars with Trill Sammy.

Medasin – “Will He (remix)”
RIYL: Medasin re-dos.
What else you should know: Joji’s “Will He” is a pretty sensational track on its own and is currently enjoying mega-viral success with the video currently sitting pretty with over 12 million views since its release one month ago. But as he’s been known to do (see his DJ Khaled-approved remix here), Medasin reworked the song and inserted a little more life into the ambient, downtrodden track. And now his take is catching on in its own right, very quickly.

Jomei {Nature Savvy} – “[Un]known Remains”
RIYL: Asking why we are here.
What else you should know: You may or may not know Jomei. Maybe you know him better as Nature Savvy? Or maybe even Nature Nate rings more bells. No matter the pseudonym, though, it’s clear the artist has been on a journey of enlightenment and mental clarity. What’s never been lost is his natural rapping and storytelling ability that can captivate an audience, especially when paired with his singing abilities.

Motorcade – “Desertion”
RIYL: Mixing post-punk with ’60s psychedelia.
What else you should know: “Desertion” was born from late ’80s to early ’90s influences — “button the top button song craft” as the band puts it — and draws comparisons to Depeche Mode, New Order, The Jesus & Mary Chain and more. But it’s all done in a surprisingly polished manner for a band’s debut single. Well, until you learn that this band of Dallas music vets collectively has years of experience as players in acts such as St. Vincent, The Apples In Stereo, The War On Drugs, Daniel Johnston and more. The band’s self-titled debut album is set for release on January 19, 2018, via Idol Records.

Bandman Fari – “Stupid Hard”
RIYL: Living like a crook.
What else you should know: The really great thing about this song is that we’re pretty sure it’s called “stupid hard” because that’s the only way to describe it. I mean, at no point during the song does Bandman Fari utter the words stupid hard or rhyme anything close to it. So we’ll just roll with that line of thinking and agree that this song goes stupid hard.

Xes – “Group A to Group E (G.A.G.E.)”
RIYL: Admitting the disconnect between our desires and our real lives
What else you should know: Earlier in the month, Cory Graves highlighted Xes’ Velvet album in this space and celebrated its wide-ranging sonics and creative potential. Now we have a video, which premiered on this site earlier in the week, to back up that potential. Per the artist, the track is about your dreams versus reality and it’s beautifully illustrated in a hazy, fantastical dreamlike state. Who can’t relate to that?

Margaret Chavez – “Call For Cull”
RIYL: Contemplating the aftermath of the 2016 election
What else you should know: Margaret Chavez is a new act, but the man behind the moniker, Pleasant Grove frontman Marcus William Striplin, is no rookie. He’s been busy of late working on his debut Margaret Chavez release, A Loupe, which will release January 19th via Golliad Media Group. Earlier this week, “Call For Cull” premiered on Speak Into My Good Eye, and as the artist described the track in that write-up, “Call for Cull is a dystopian dance song that I wrote days after the election.” Also, the new moniker is a tribute to his mother.