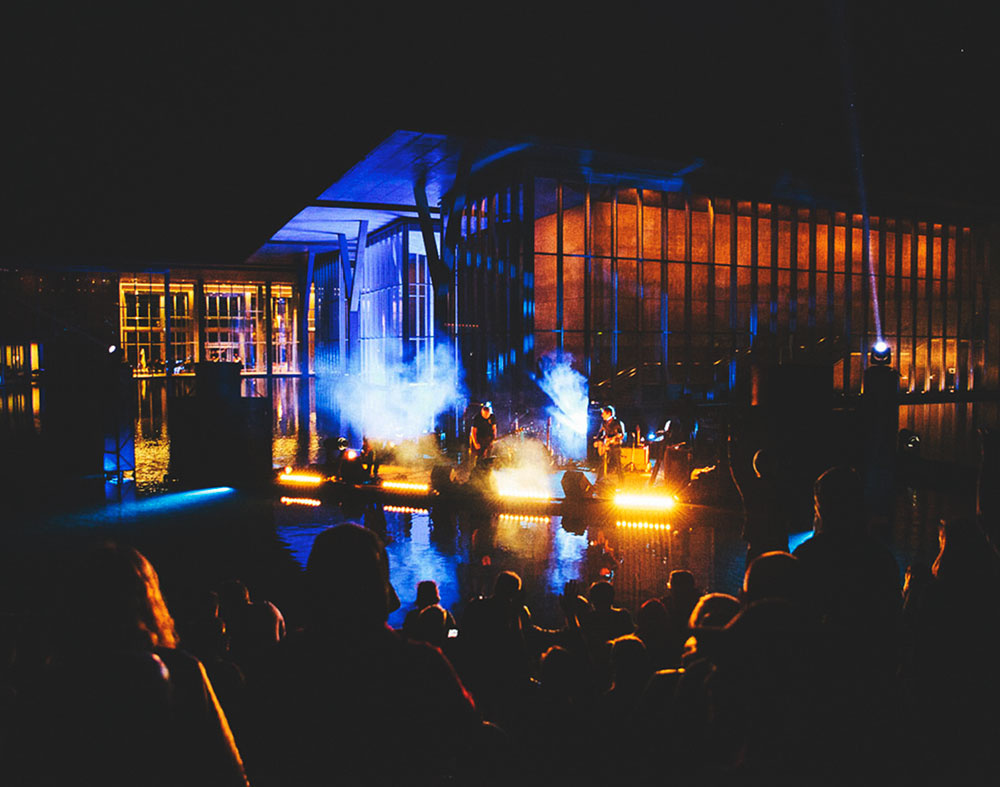 Update at 12:52 p.m. on March 7, 2018: After announcing its daily lineups in February, the Fortress Festival team checks in this morning with the surprise announcement that it has added the funk heroes Chromeo to its lineup.

With a new album — the band’s first new material in four years includes a killer new song featuring The-Dream — on the way, the duo will top Saturday’s offering at Fortress Fest a week removed from performing at Coachella. Also being added to Saturday’s offerings are three North Texas performers — Juma Spears, Sammy Kidd (of Mean Motor Scooter) and Francine Thirteen — who will perform intimate sets inside of the Modern Art Museum of Fort Worth. Sunday’s bill remains unchanged.

First off, this year’s event, the press release shares, will feature two stages on one single, large patch of land outside of the Modern rather than two stages spread out across the grounds on either side of the Modern’s entrance. In other words: The water stage at last year’s offering, though a striking visual, has been removed from the formula.

Secondly, the release announces that sets will also be staggered at this year’s offering so as to cut down on attendees choices of having to attend one set over another.

Our original story about the Fortress Fest ’18 lineup, updated only to add the above-mentioned acts to the list of performers, follows below. For more information, head to Fortress Fest’s own site.

The question everyone had coming out of Fortress Festival‘s inaugural, ambitious but ultimately underwhelming run in Fort Worth last year? Whether the issues that hindered the fest — concerns that organizers had no control over, such as delays on its grounds construction work and false reports of severe thunderstorms — would get in the way of all the good that the upstart event brought to the table in Year One and keep it from moving forward.

Of course, we’ve known since December that the festival would indeed return for a second go, with its two-day run this time falling on Saturday, April 28, and Sunday, April 29. Beyond that, however, specifics have been scant.

Till today, that is.

In a statement released this morning, Fortress Festival announced its 2018 lineup, along with a few  other noteworthy details. First and foremost, here is that lineup in full:

Boasting comparable star power to last year’s offering — perhaps in part due to a fundraising effort that didn’t reach its goal but netted the festival more than $25,000 in additional capital — this year’s lineup is topped by acclaimed singer-songwriters Father John Misty and Courtney Barnett, legacy hip-hop acts De La Soul and RZA, The Strokes frontman Julian Casablancas’ more recent The Voidz project and an exciting middle card. Daytime performances will be dominated by a local crop highlighted by Vandoliers, The Texas Gentlemen, Andy Pickett and Midnight Opera.

It’s not yet known who will perform on which day, although we can now confirm that Fortress Festival will indeed take a second stab at fulfilling the potential of its partnership with the Modern Art Museum of Fort Worth, as the construction work that hindered the walkability of last year’s deal should no longer be a concern.

Early bird two-day passes to Fortress Festival, which are already on sale here, will start at $89. That price is a full $25 cheaper than last year’s opening price of $115.

You might want to buy those sooner than later, too. Why? Well, consider this: The festival will be celebrating its lineup announcement with a party at the eye-catching arts Fort Worth commune Blackhouse tonight; but tickets into that event, which will feature DJ sets from Blake Ward and festival performer Ronnie Heart, along with live performances from as-yet-unrevealed performers also from the announced bill, are already sold out.