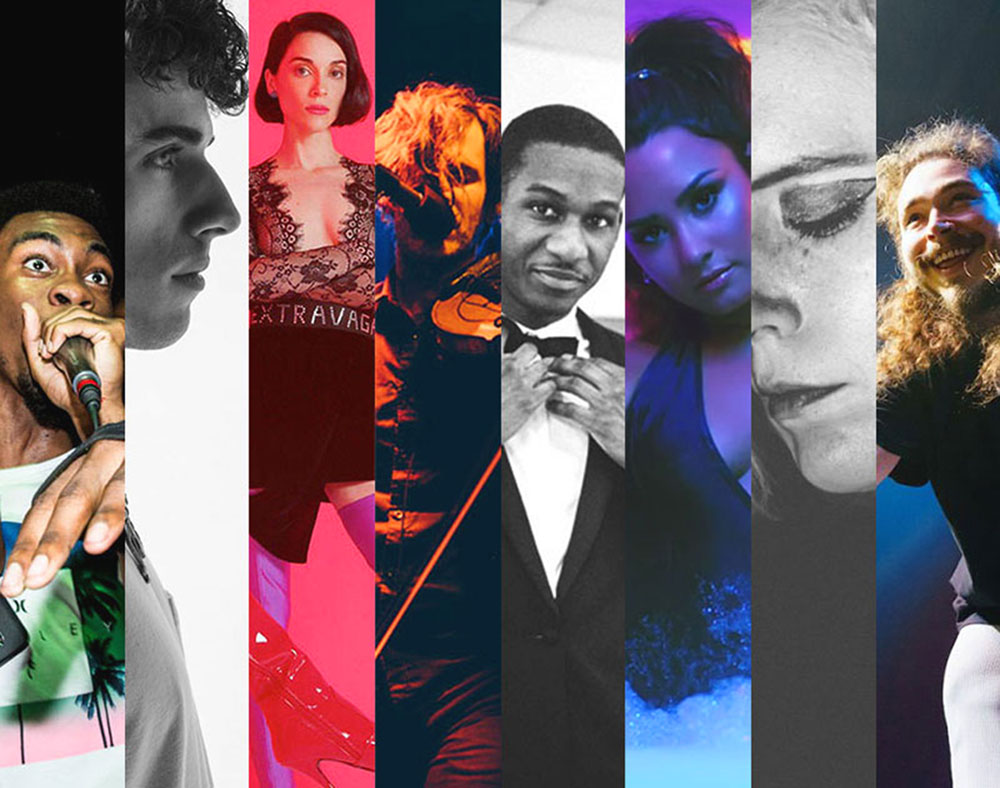 From The Results Of Bedroom Projects To Chart-Topping Smash Hits And Everything In Between, These Are The 100 Best Songs Released By North Texans in 2017.

As each calendar year winds down, we engage in this very same exercise of looking back at all the music released in North Texas over the course of the previous 12 months and doing our best to discern the top 100 songs from that seemingly endless supply. And each time we do it, we’re struck by the same thing — the sheer volume and insane wealth of music talent that exists in the greater Dallas area.

The collection of songs amassed for this year’s list — one compiled and order by me (the founder of this site), Cory Graves (a long-time editor of this site), Mike Galicia (a long-time contributor to this site, as well as to the music section of the Dallas Observer) and Preston Jones (the former music critic of the Fort Worth Star-Telegram) — is no different, really. Once again, simply based on the merits of the songs we listened to, we ended up with a top 100 list featuring an incredibly diverse group of artists representing a wide range of styles, genres and aesthetics.

From late-blooming country singer-songwriters and teenage garage bands to suburban bedroom producers and industry-backed stars, you’ll find a little bit of everything on this list. And as we leave 2017 and venture into whatever 2018 may bring, it’s important to appreciate that diversity — both because it’s necessary to at least acknowledge the differing perspectives that exist around us and because, at least locally, there are fewer outlets existing to amplify these voices than there were at this time last year.

Listening to the songs on this list, however, makes one thing clear: As long as this music gets heard, its quality can speak for itself. So, to that end and unlike previous year’s versions of this countdown, you won’t find this year’s songs list paired with any write-ups. Instead, we’re going to let the music do its own talking. Why? Because after weeks spent working on which songs should and shouldn’t make this year’s top 100 (“Why is this country song better than that punk song?”), and then many more hours spent determining which songs should be ranked where (“Yes, it’s obviously an important song for Dallas this year, but is it really that great?”), we’ve realized that there is no perfect, inarguable ordering for something as subjective as taste.

In all actuality, this collection simply represents as close to a consensus as those of us who worked on it could come. Is it infallible? Of course not. To that end, we not only anticipate disagreement from our readers (and the artists themselves) on where certain songs were place; rather, we anticipate it.

But while we recognize that debating music is indeed half the fun in appreciating it, we just ask that, before you get to your all caps ranting on our social pages about why so-and-so wasn’t included or why what’s-their-name got ranked so highly, you listen to the songs that were included. There’s a lot to admire about these 100 songs, our favorites release in and around Dallas in 2017. (Check out last year’s list here.)

If nothing else, our position is that these songs deserve your respect.