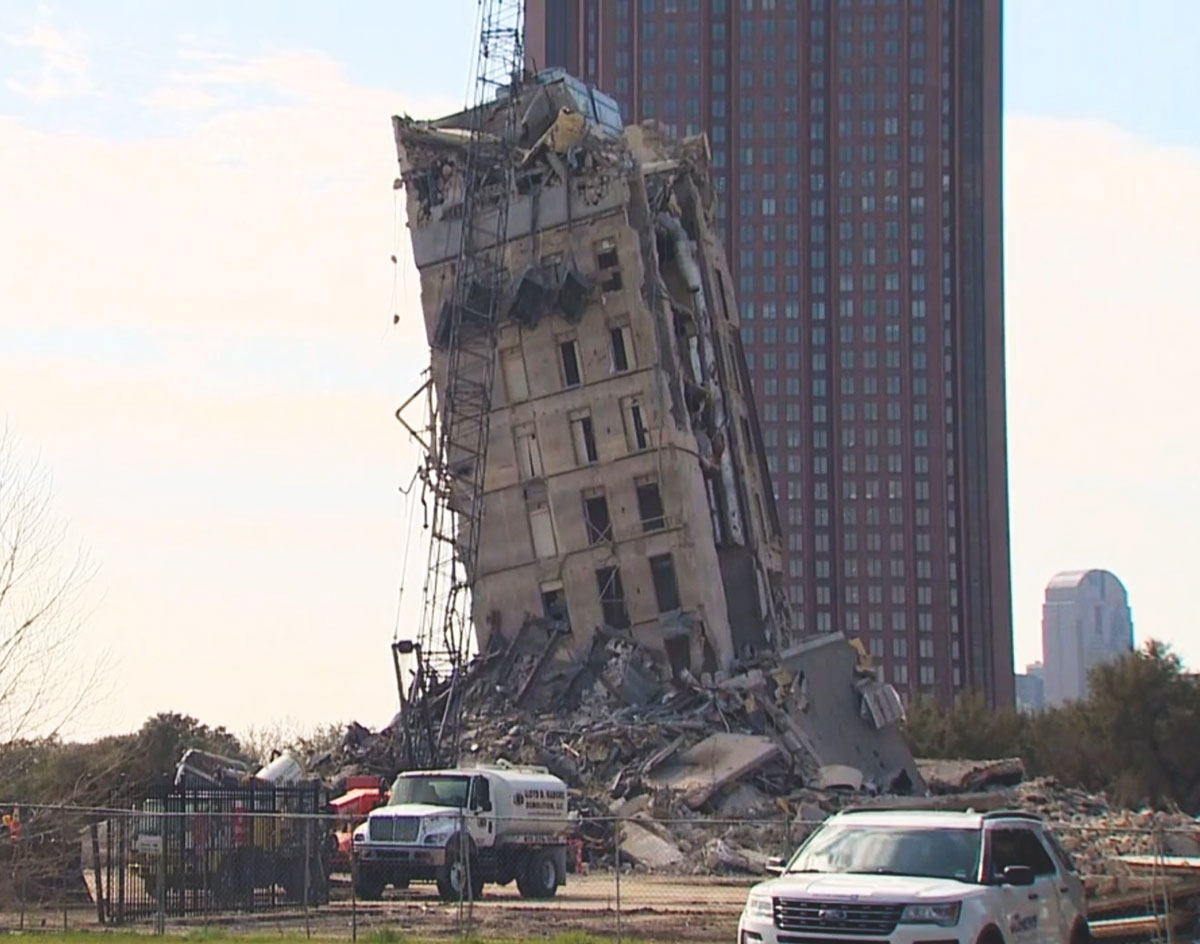 The Leaning Tower Of Dallas’s Sheer Resilience Is One Of The “Most Dallas” Stories In Recent Memory. What Are Some Other Contenders?

Nine days after it was initially supposed to go gently into that good night, the so-called Leaning Tower of Dallas is still standing.

And, turns out, this motherfucker — and it is a motherfucker, no matter which way you look at it — isn’t going to be going anywhere for at least a few more days.

The elevator shaft that once stood as the core of the office building found at 2828 North Haskell Avenue, which is being removed to make way for a $2.5 billion development that will take its place in the coming years, could remain for an additional “several days or weeks” per a Dallas Morning News article this afternoon that cited the Lloyd D. Nabors Demolition company tasked with removing the surprising landmark.

At this point, I think it’s safe to say most people would agree that this is good news. Throughout its run in the spotlight, Dallasites have been clearly charmed by the tower’s mere existence and sheer resilience — and even quicker, we’ve noticed, to deem it one of the “most Dallas” stories in recent memory.

Naturally, that got us thinking. Which other stories from Dallas’ recent history even come close to being on par with this one? Only a handful, presuming we’re not talking about truly city-defining events and instead keeping our focus solely to mostly victim-less and otherwise harmless incidents that similarly captured the city’s attention for a short while.

Here are the contenders in our minds:

Which ones are we missing? Let us know.