[Poll] Which Way Does The Leaning Tower Of Dallas Lean? 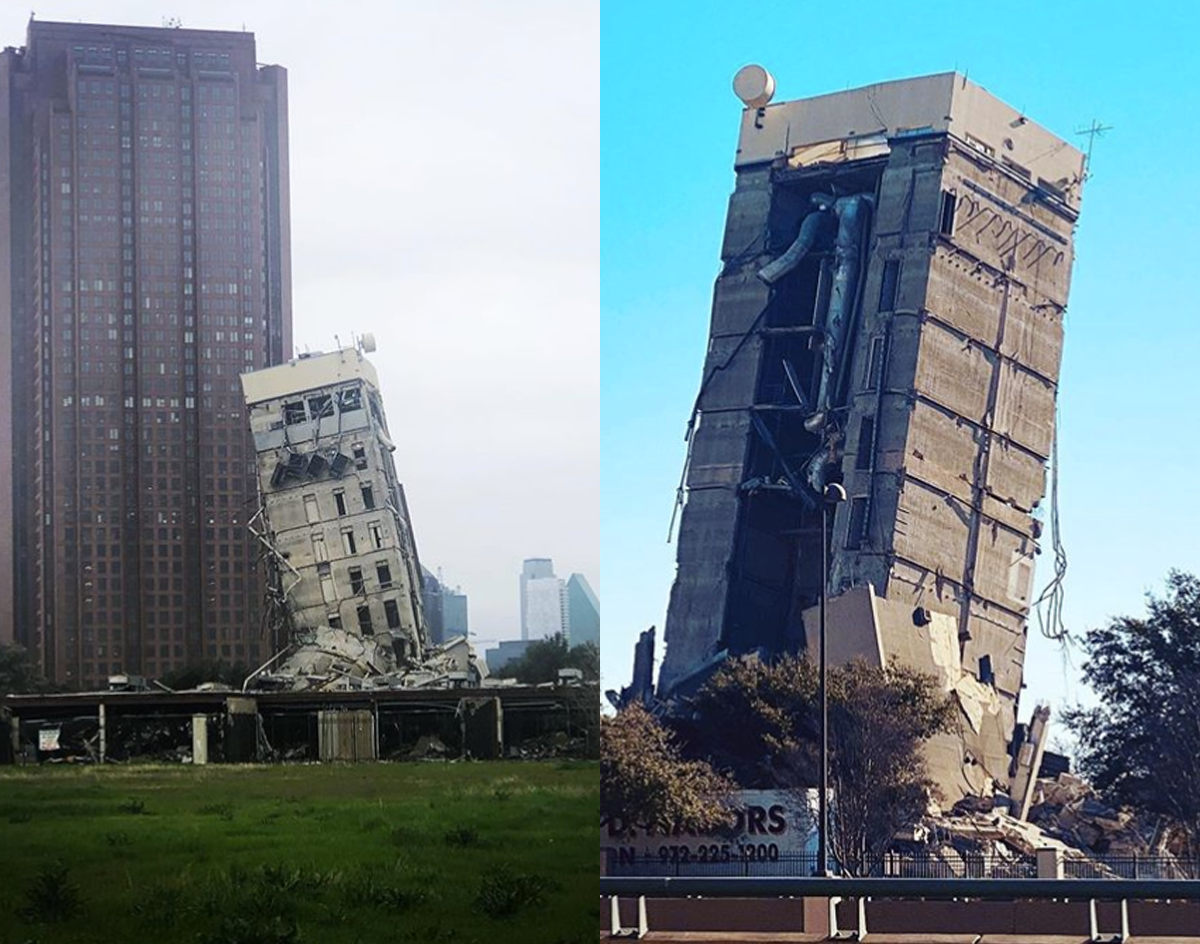 Dallas’ Newest (If Only Temporary) Landmark Is Clearly Hilarious. Less Clear Is Whether It Leans To The Left Or To The Right.

The best thing happened on Sunday.

As you no doubt already know, an office building located near the Central Expressway was imploded to make way for a $2.5 billion development that will take its place in the coming years — except, well, it wasn’t imploded entirely.

Instead, we got this great Moment of Zen:

In the days since, the elevator shaft that was left behind has become something of a Dallas landmark — albeit one that, online petitions aside, will just be with us a short while, what with wrecking balls slated to soon finish the job that the explosives couldn’t.

Still, over the course of the last few days, the so-called Leaning Tower of Dallas has earned a lifetime’s worth of adoration, earning gobs of national press and becoming a bona fide social media darling.

The whole situation has been clearly hilarious. Less clear, though, is this pressing question we’ve started asking ourselves on the matter: Which way does the Leaning Tower of Dallas lean?

We suppose it’s a matter of (literal) perspective, but let us know your answer.

Leaning Tower of Dallas photos by Laura Dickens and Mark Wood via Instagram.