The Leaning Tower Of Dallas Has Fallen. 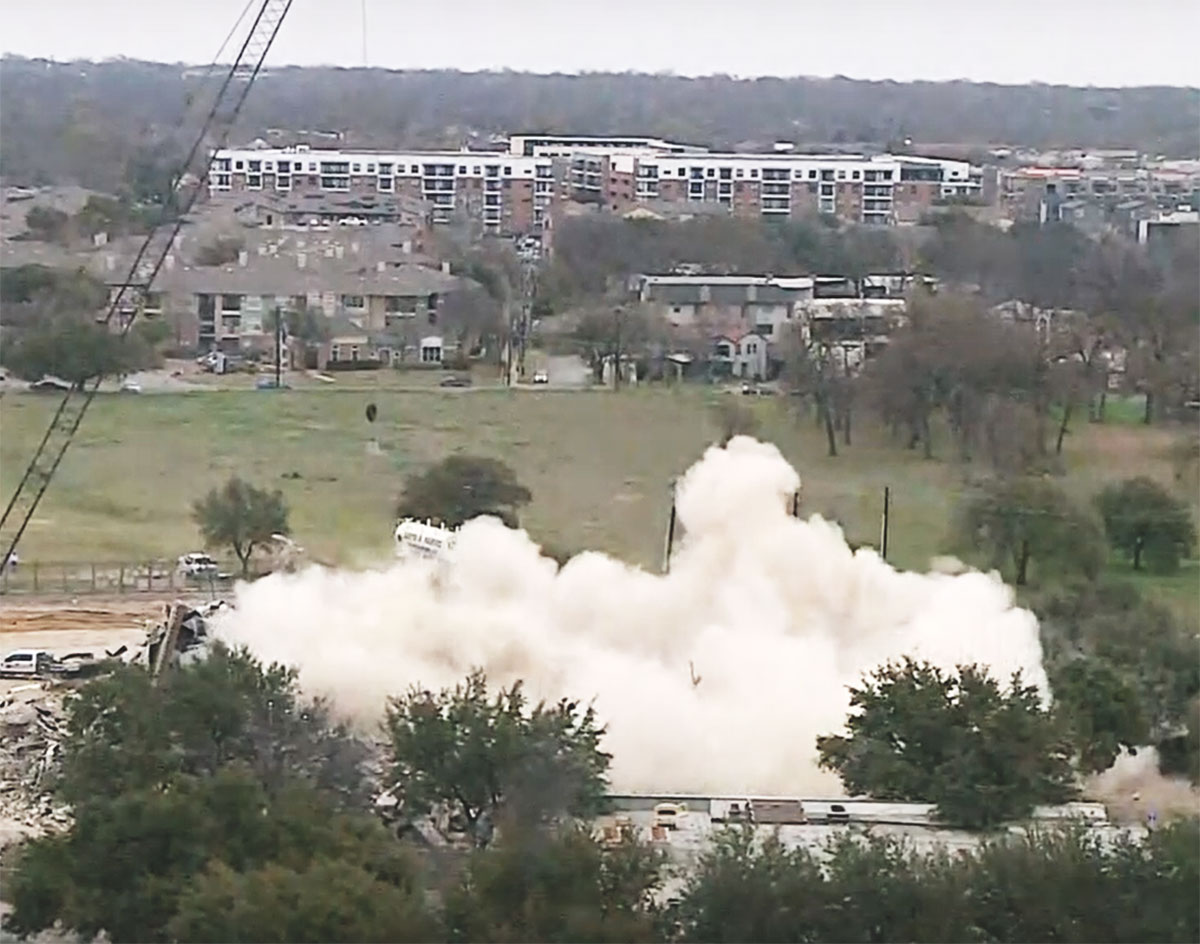 A Full 15 Days After It Was First Meant To Crumble, Dallas’ Newest Landmark Finally Toppled To The Ground Monday Afternoon.

The much-ballyhooed Leaning Tower of Dallas has met its fate.

More than two weeks after it was initially supposed to crumble, the Elevator Shaft That Wouldn’t Fall — originally part of an office building located at 2828 North Haskell Avenue — finally crumbled to the ground shortly after 3 p.m. on Monday, March 2.

After failing to fall during a Sunday, February 16, implosion that was meant to clear its land for a $2.5 billion mixed-use development known as The Central that will take its place in the coming years, the edifice became adoringly referred to around town as the Leaning Tower of Dallas — a clear, tongue-in-cheek reference to Italy’s similar architectural marvel, the Leaning Tower of Pisa.

As the Lloyd D. Nabors demolition company that had been tasked with the building’s initial and continued destruction slowly worked to remove it, the Leaning Tower became something of a mascot within the city.

With the full embrace of the public — there is indeed a legitimate case to be made that the Leaning Tower helped bring the city together in some capacity — the short-lived landmark earned a truly insane amount of coverage in the Dallas press, while also becoming the focus of countless memes on social media and serving as a surprising platform for local visual projection artists in real life.

In the coming days, that coverage will mercifully start to wrap up. But, let’s be real, it likely will never completely end.

Though the Leaning Tower of Dallas may now be gone from our skyline, it will remain forever in our hearts.