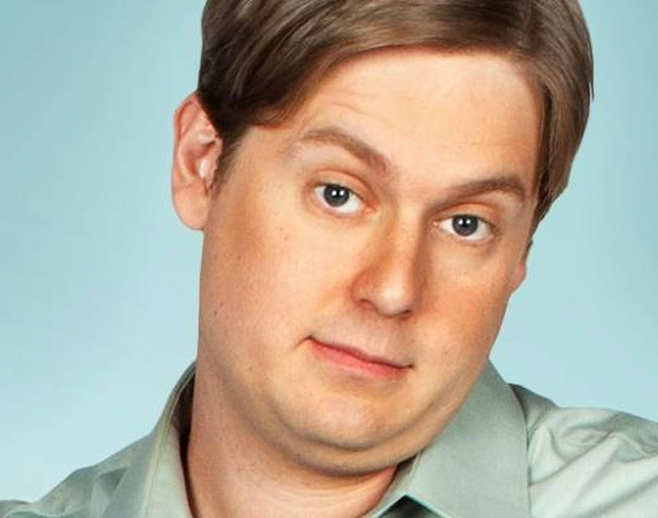 Have An Awesome Weekend, Great Job.

When there’s so many things going on – times like this weekend, for instance – it might seem like the only way to really get to everything you want is by sacrificing sleep. But scientist types say that is not the way. Most adults need somewhere between six and 10 hours, they say.

Getting a bit less for one night won’t kill you, but do it too often, and fucks up your ability to multitask; regulate weight, sugar and blood pressure; tanks your cardiovascular and mental health and, worst, makes you loads more likely to die of a heart attack. Not worth it.

So while the following list is tempting, use it more of a planning tool to help make the most of your waking hours. Then get some rest and do it again tomorrow. — Cory Graves

The Dillinger Escape Plan at Trees
New Jersey mathcore band are calling it quits after this tour in support of its latest record, while, as they put it, they’re still on top. — CG

The Neighbourood, Manchester Orchestra, Chappo at The Bomb Factory
Mysterious California quintet The Neighbourhood boasts a combination of rock instruments and hip-hop aesthetics that would seemingly make them a pretty compelling act to see in a live setting — especially if you’re into Coldplay, Maroon 5 and weather appropriate for donning sweaters. — Stephen Young

Brew-Haha Comedy Series at Oak Highlands Brewery
Laugh until Derelict IPA comes out of your nose, as comedians Daryl Felsberg, Brandon Davidson and Tyler Elliot sling jokes at the brewery this week. — CG

Health at Dada
True to its reputation, the Los Angeles-based noise punks in Health will bring a swift kick to its audience’s faces, and its massive pedal-, synth- and other electronic embellishment-abetted sound will transform the entirety of the venue into a singular speakerbox. HO99O9 opens. — Pete Freedman

War Party, Loafers, Dead Mockingbirds at Ridglea Room
Set to take place later this year is the trial of Gas Pipe owner Jerry Shults stemming from the 2014 raids on his stores due to an alleged K2 manufacturing operation. Nevertheless, Shults remains in good spirits, recently taking time to sit down with the Star-Telegram‘s Preston Jones to discuss the six-years-in-the-making renovations of the Ridglea Theater, which you can just go ahead and check out for yourself in person at this rock show. — CG

Hops for Hounds at Community Beer Company
The more craft beer you drink, the more dogs will be rescued — and not just because taking home a pup seems like such a good idea when you’re hammered. Yeah, there’ll be on-site adoptions, but a portion of every pint sold will be donated to DFW rescue group FurGotten Friends. — CG

Pennywise at House of Blues
These clowns from Hermosa Beach are still blowing and going, coming up on 30 years faster than their instantly recognizable brand of skate punk. — CG

The Adam Carolla Show at Majestic Theatre
The most downloaded podcast in the world comes to town for a live taping. — CG

Bob Schneider at Billy Bob’s
Long a mainstay in the Austin’s music scene, Schneider brings his genre-bending ways to Fort Worth this weekend. You should check him out. He’s known for being a great performer. And for once dating Sandra Bullock. — H. Drew Blackburn

Vandoliers at Lola’s Saloon
Them boys’ Ameri-Kinda LP, was re-released last week via State Fair Records and has been racking up all sorts of positive press from twang-inclined music pubs all across the land. Also, real talk, those Vandoliers are one of the better live bands around these days, so be sure to catch them when you get the chance — like, say, this Friday out Fort Worth way. The Phantom Sensation and Cut Throat Finches open. — PF

Lettuce at Gas Monkey Live
Eric Krasno’s eight-piece, Brooklyn-based collective has been together for 24 years. Still, the band’s longevity hasn’t necessarily earned it any more respect. Admittedly, their music is more of something that you give a listen to half-heartedly, much like really “jazzy” elevator music. But hopefully audiences will be more captivated at this weekend’ performance. — Porschia Paxton

Tyrone Wells at Kessler Theater
The CW’s (is that still a station?) favorite singer-songwriter strums the guitar gently out Oak Cliff way. But seriously, his number of placements over the years is pretty staggering. — CG

Daymond John at Barnes & Noble (Lincoln Park)
Get your copy of The Power of Broke signed by Daymond John, a fashion and branding expert, who grew his homegrown clothing line into the globally recognized fashion brand, Fubu. — CG

Bob Mould, Will Johnson at Trees
The alternative rock veteran released Patch the Sky, his 12th solo album back in March. Pitchfork called the album the Replacement frontman’s embrace of his biggest strengths. Will Johnson opens. — Obed Manuel

Maria Bamford at Majestic Theatre
Long a star in comedy circles and the voice acting world, Bamford really blew up this year thanks to her surreal Netflix series Lady Dynamite, which earned major props for the way it tackled subjects like her mental ailments. She’s a hit on the stage, too, where she oft talks about her mother. In 2014, she won the American Comedy Award for best club comic. — CG

Festicle at BrainDead Brewing
The return of Hammer of the Gods and Bent de Garde is here. And 60 brews from around the country will also be available. Time to drink. — Obed Manuel

Michaela Anne at Lola’s Trailer Park
Anne’s an Americana artist from New York City — New! York! City?! — that resonates with the Southern audiences, too. CMT has likened her lovely soprano with the likes of Dolly and Emmylou. — CG

Phantogram, The Range at The Bomb Factory
Remember last December when Muse took too long to set their shit up at the AAC and Phantogram didn’t get to perform? Welp, when you’re the headliner, that doesn’t happen. Expect The Range to perform as scheduled, too. — CG
Ultimate Cocktail Experience at Klyde Warren Park
Hey, a cocktail party in a park named after a kid whose dad is the CEO of Energy Transfer Partners, aka the guy behind this whole DAPL mess. Mmm, cocktails. — CG

Scott Bradlee’s Postmodern Jukebox at Verizon Theatre
Remember those viral videos wherein a sad clown sings retro-fied covers of modern pop tunes like this one of Lorde’s “Royals”? Well, that clown’s name is Puddles, and as it turns out, he is just one of a large cast of rotating vocalists that front Scott Bradlee’s Postmodern Jukebox outfit, which performs tonight sans clown at the house cell phones built. Clown or no, all of the band’s ’20s-esque pop covers play out like one potential viral hit after another. — CG

Border Cantos: Artist Lecture and Performance at Amon Carter Museum of American Art
The Modern isn’t the only Fort Worth gallery with renown happenings. Here, photographer Richard Misrach lectures about his photos of the Mexican border, while Guillermo Gallindo plays music on instruments he invented using trash he scavenged from the border. — CG

Brinston: Give It Time at Breda Studio
Dallas artist Matthew Brinston — who we once profiled – presents new works for his series “Give it Time,” an exploration of Brinston’s life (and near death) experiences. Fitting it’s being shown in a watch shop. — OM

Texas Chili Fest at Granada Theater
The inaugural chili festival at Granada Theater will feature chili sampling from the Blind Butcher, Sundown at Granada, Wayward Sons and other restaurants’ chefs. Cody Canada & The Departed, Charlie Robison, Slobberbone and other acts will help drown out your farts. Good thing, too, this one’s being held in the theater’s back parking lot. — OM

Joe Mande at Sons of Hermann Hall
Joe Mande stops in Dallas as part of his “Autumn Sixteen” USA Tour. The stand-up comic has worked as a writer and actor on The Kroll Show and Parks and Recreation. — OM

Boney James at Majestic Theatre
The sexiest saxman around, and the envy of sexy saxmen everywhere does the sexy sax thing at the lovely Majestic. — CG

The Weight at Kessler Theater
“The Weight,” was one of the Band’s most brilliant and recognizable songs. It only makes sense that The Weight, a band that performs songs by The Band, that features a few original members, would name themselves after said song. So check out The Weight, who will play songs by The Band and have a good time. — HDB

Cancer Jam at Strauss Square
With its third annual Cancer Jam, Hand Drawn Records hopes to raise upwards of $50,000 for longtime KDGE DJ “Mondo” Mike Vazquez. He was recently diagnosed with Follicular Dendritic Cell Sarcoma, a type of cancer so rare that his doctors say he’s the only known person on the planet right now battling this type of sarcoma. Headlining the show will be Andrew Tinker & The Texas Gentlemen, with special guests Brent Best, Eric Pulido, Kirk Thurmond, Larry g(EE) and Matt Hilyer among others. To donate directly to Vazquez’s GoFundMe, head here. — CG

CL at The Bomb Factory
The South Korean singer-rapper stops in Dallas on her “Hello Bi+ches” tour, her first ever in North America. — OM

Olivia Holt at Trees
Olivia Holt flaunts her five-track, self-titled debut EP Olivia at Trees. The Disney star is set for a busy year as she is set to star in Same Kind of Different as Me, which is releasing early next year. — OM