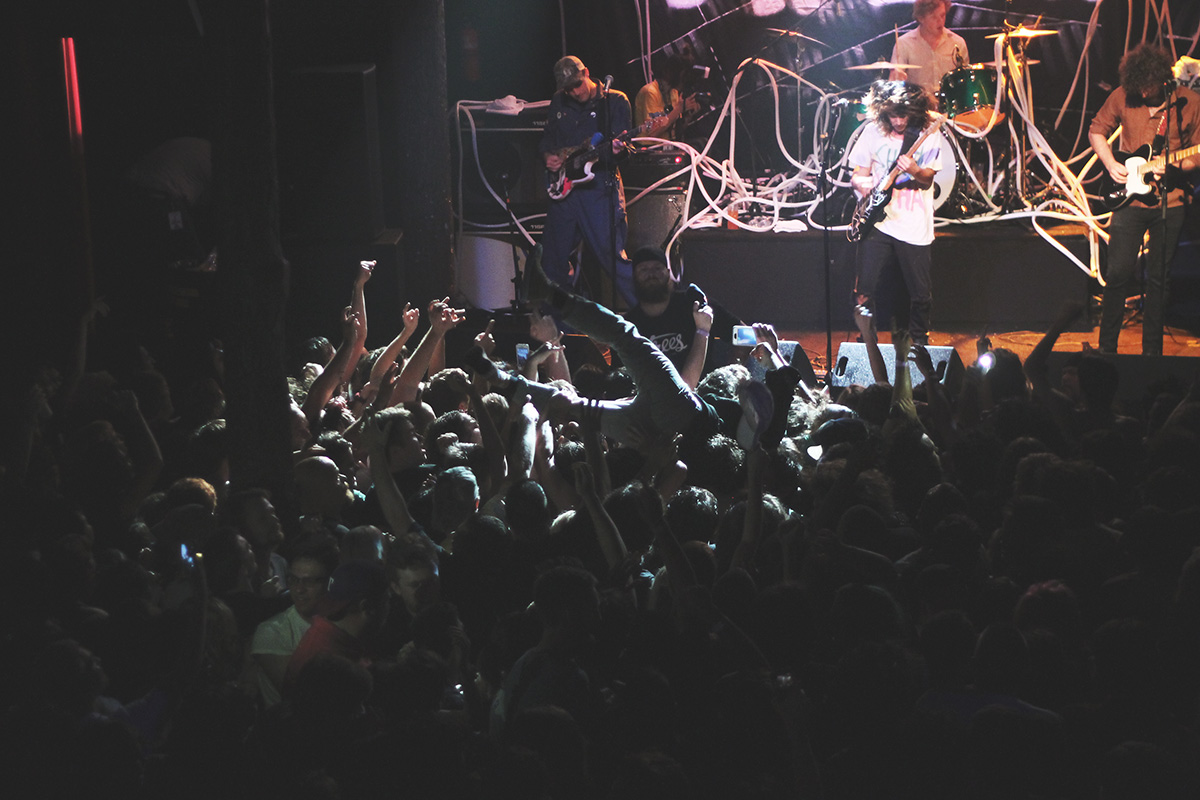 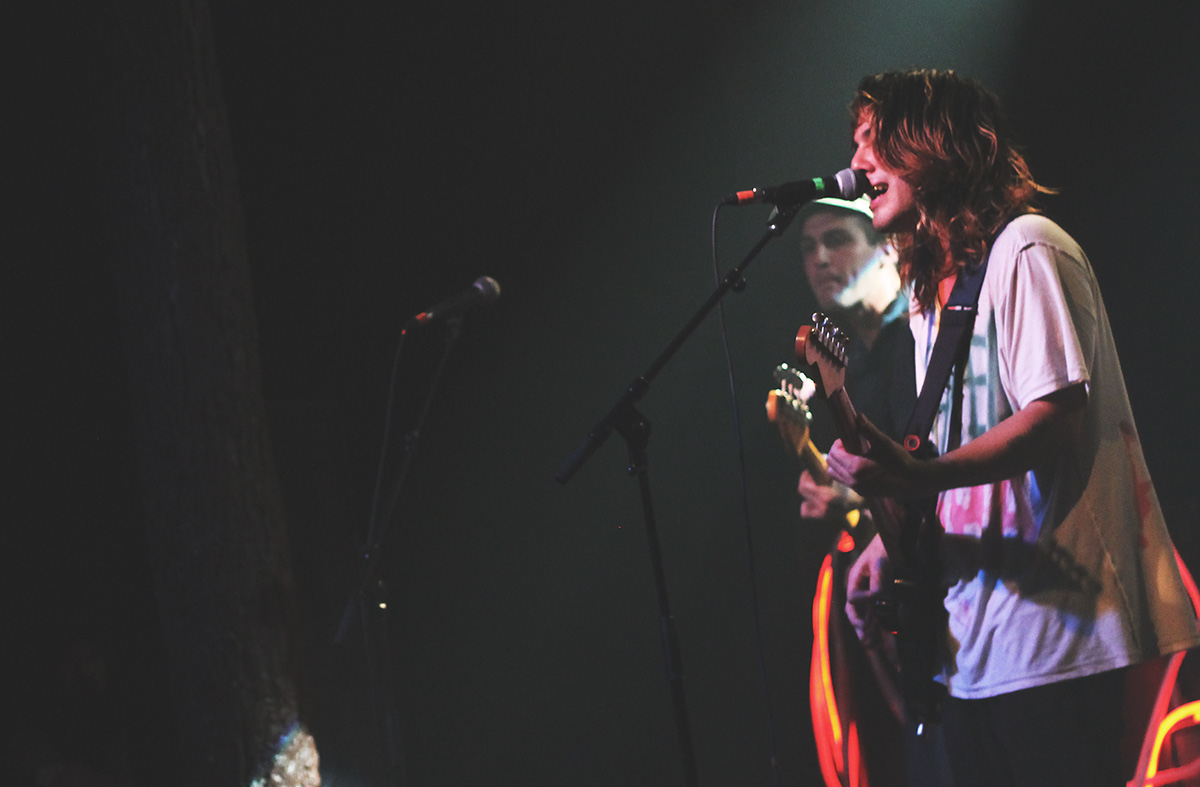 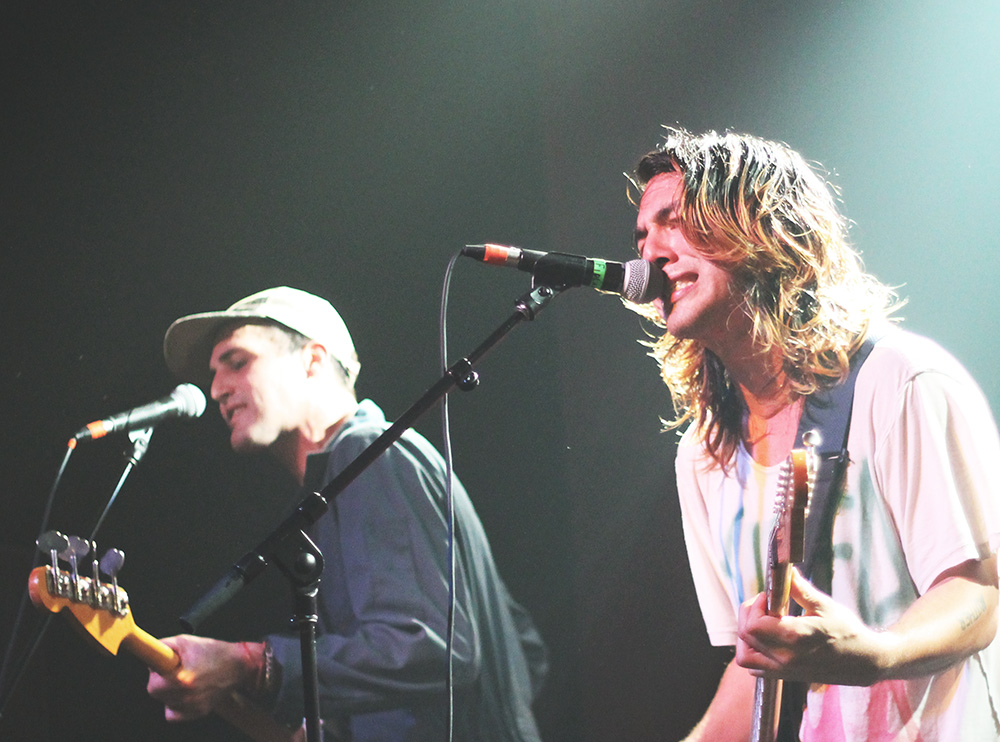 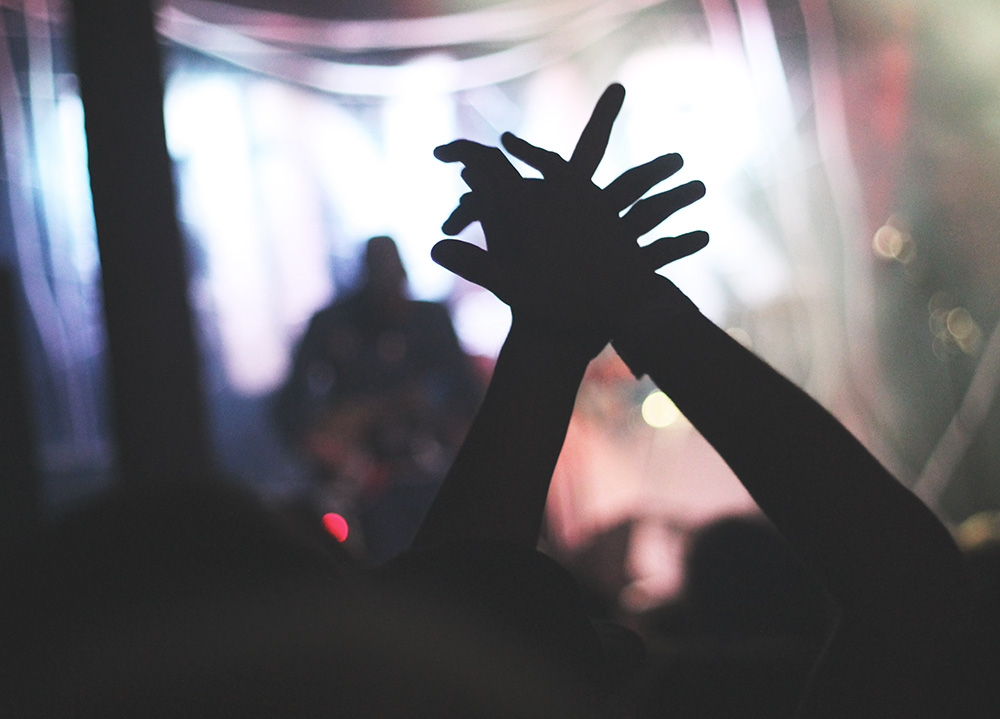 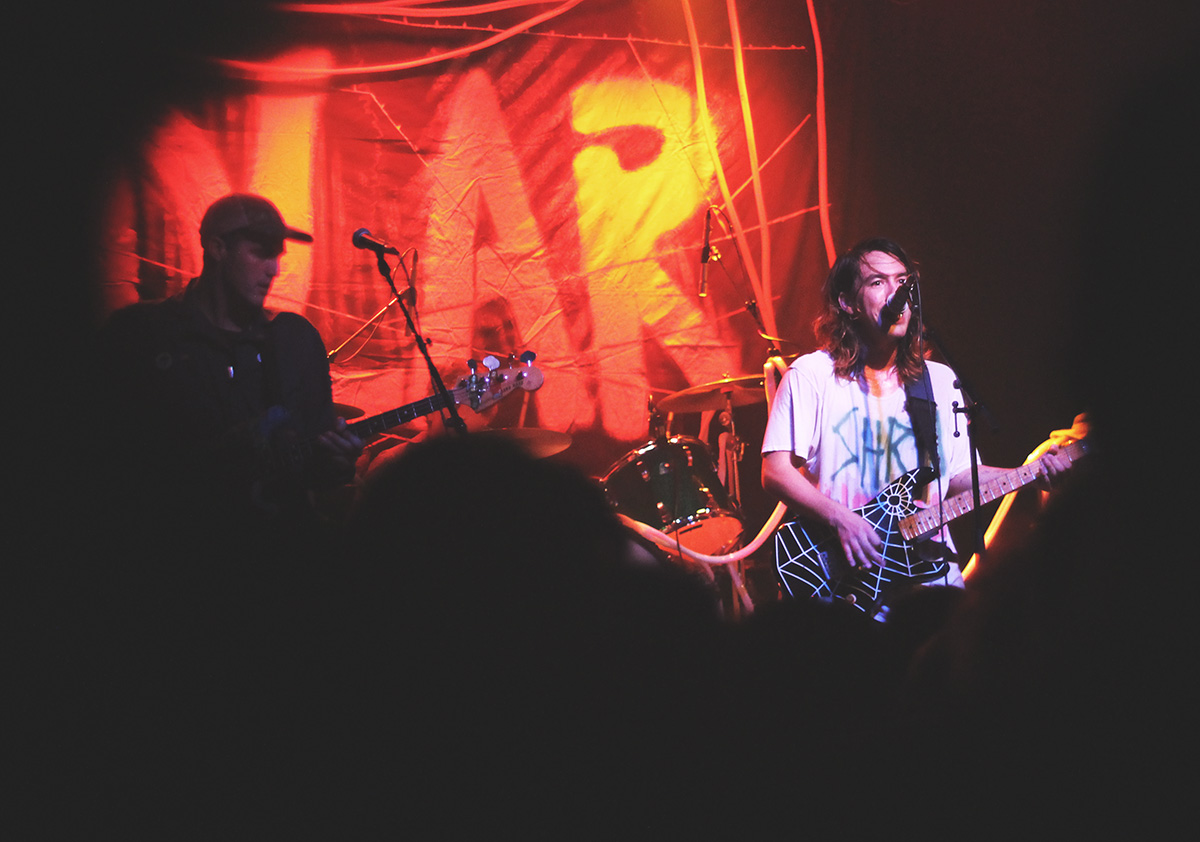 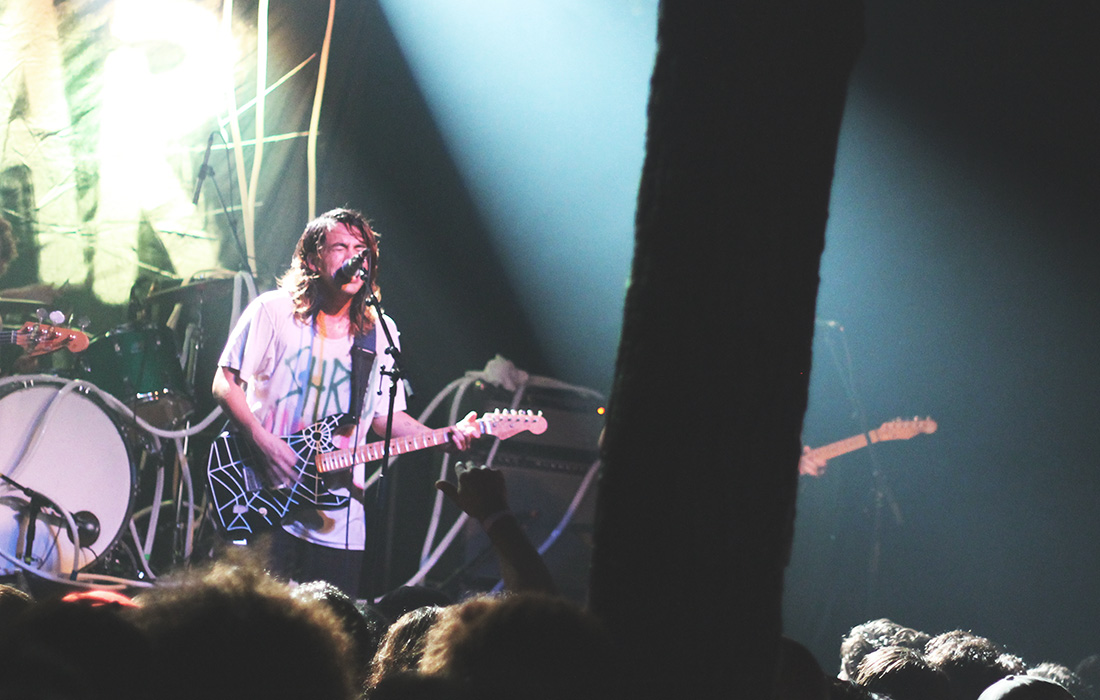 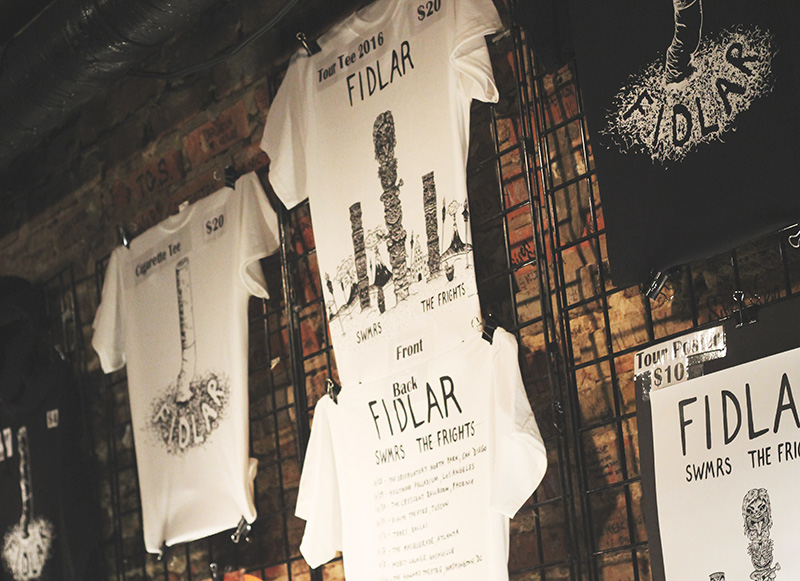 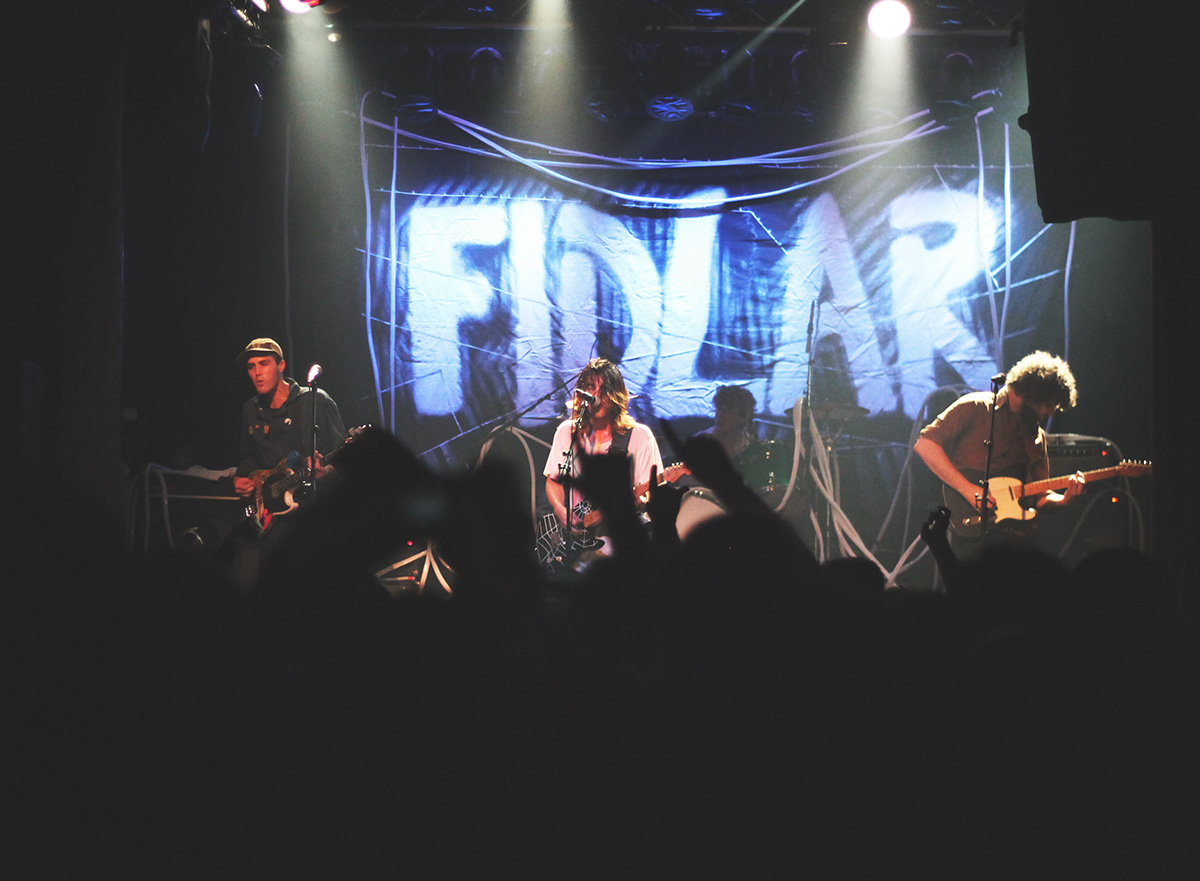 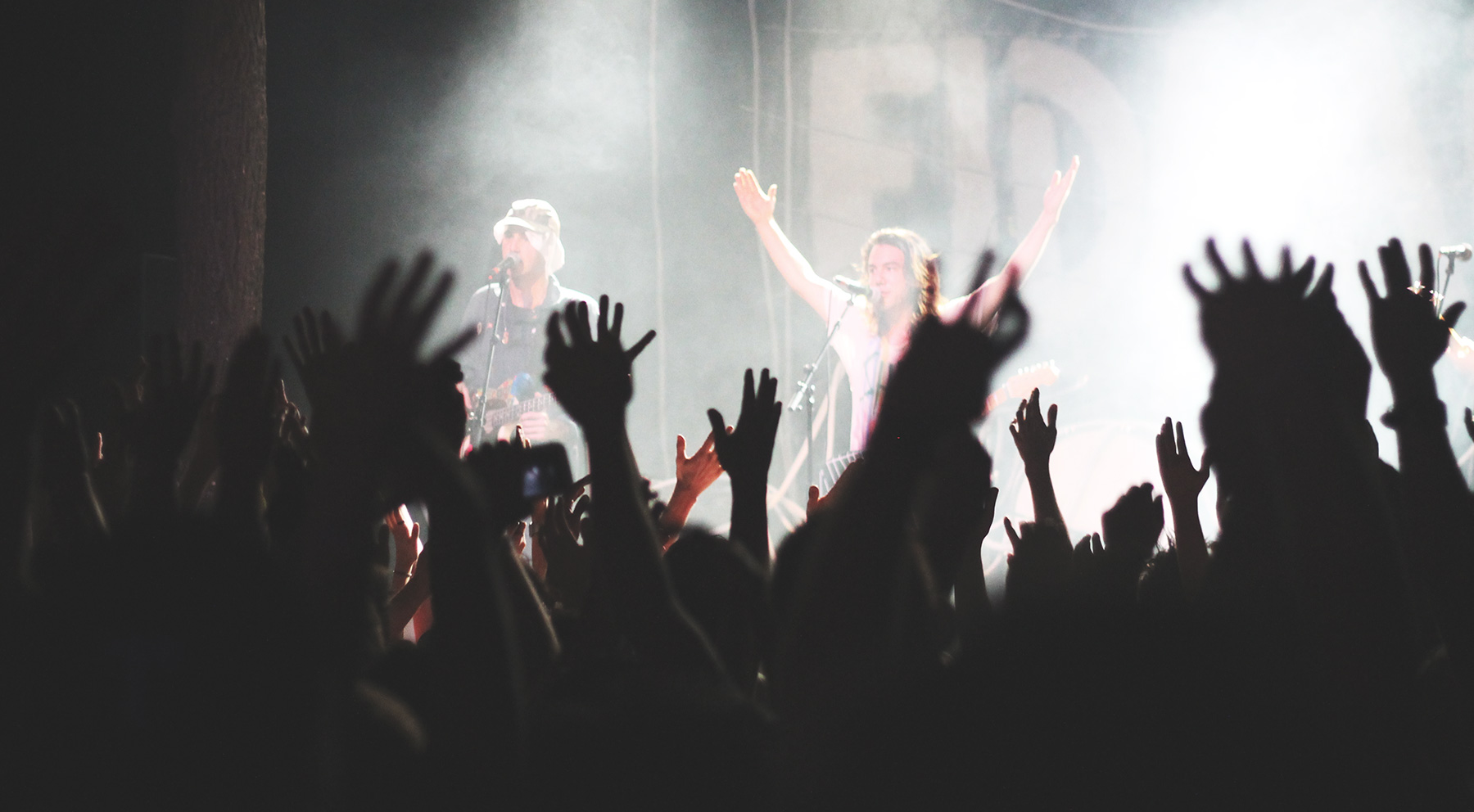 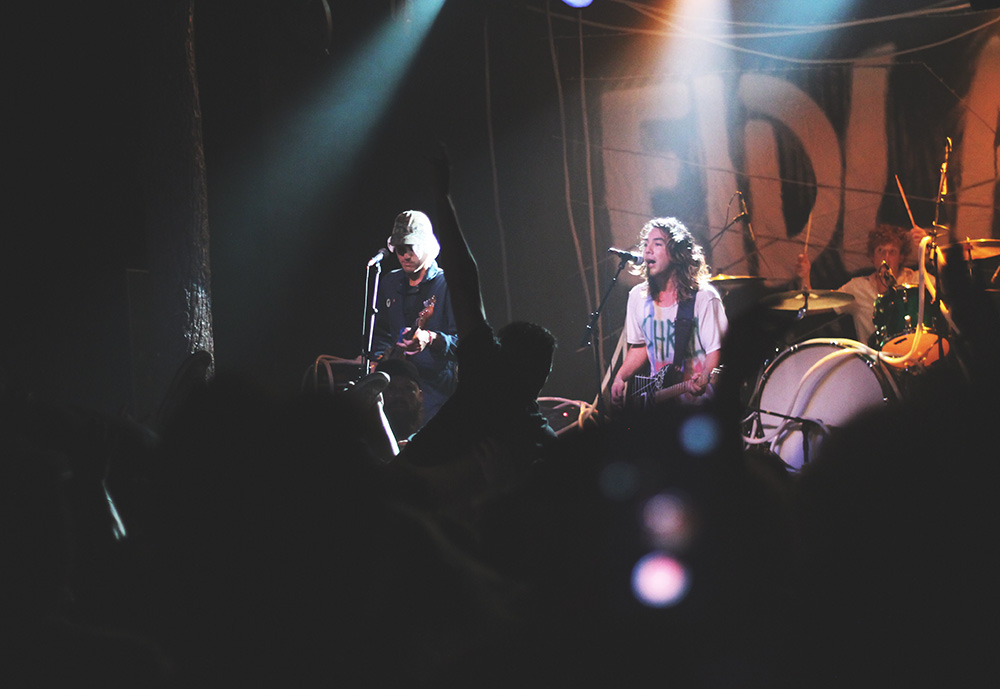 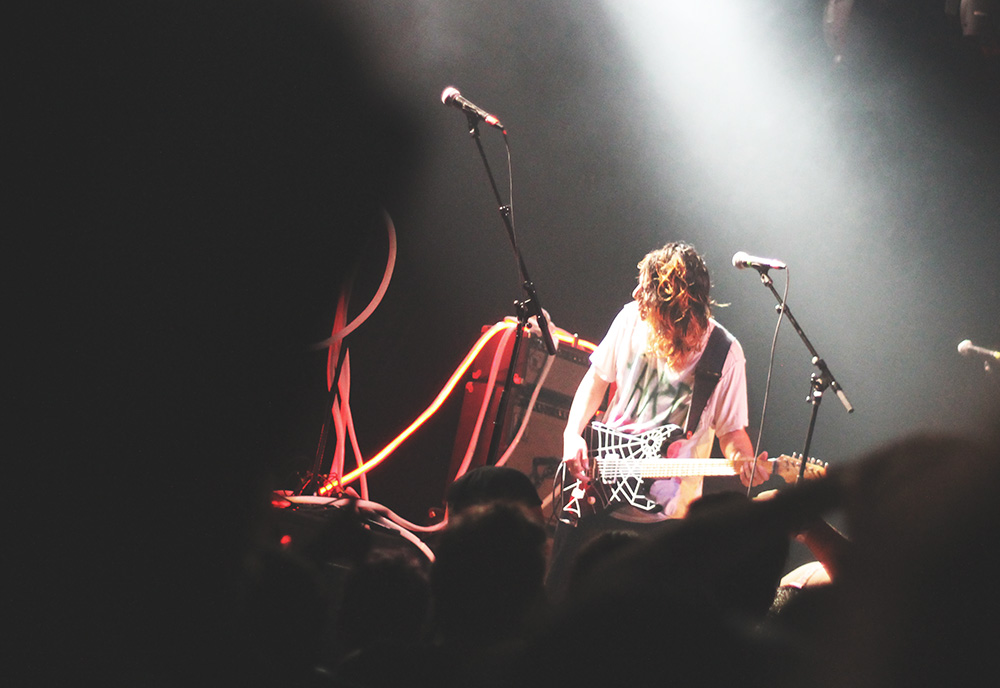 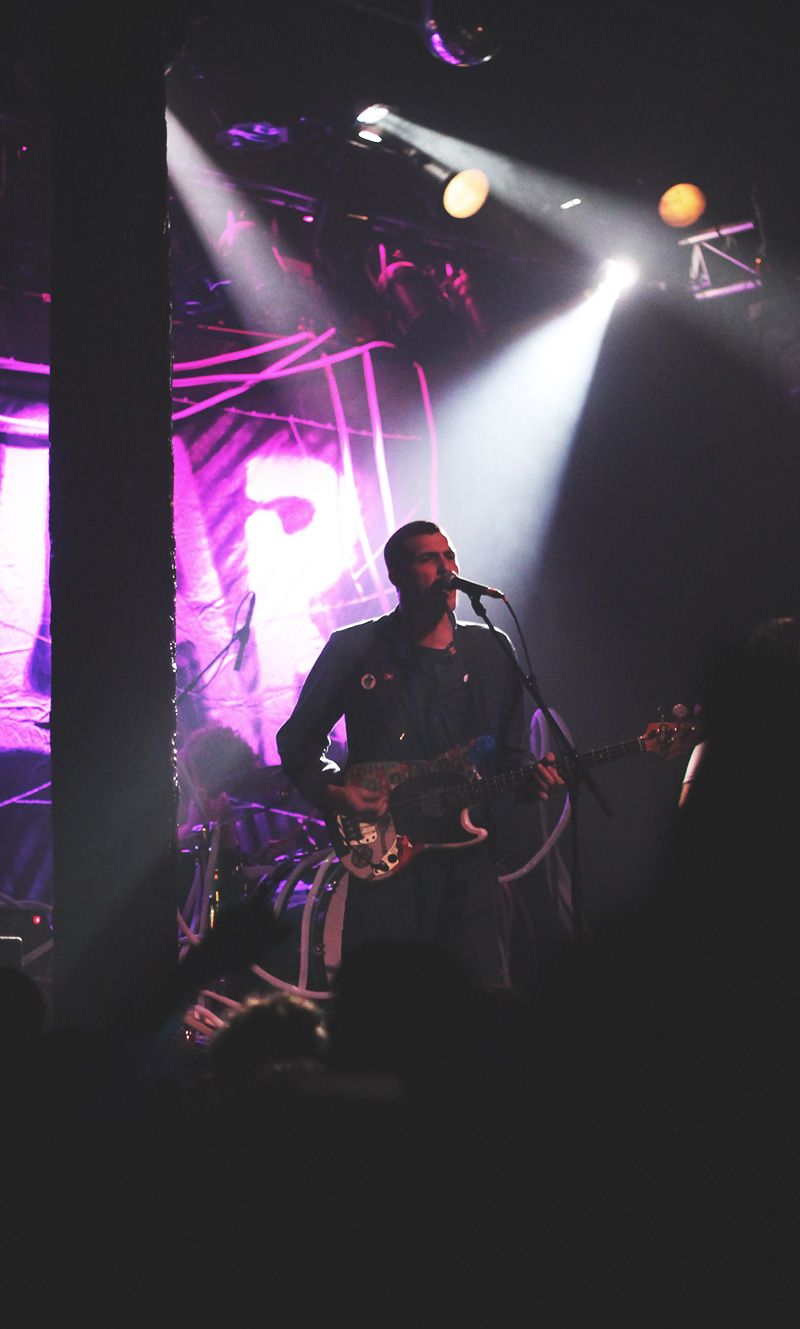 Fidlar Brought All The Energy And Attitude To Trees On Thursday Night.

Last night at Trees, “The Star-Spangled Banner” was piped in through the PA and the entire room sat — at different times, of course.

Southern California’s Fidlar is a great band — maybe even the best skate/garage punk band going these days thanks to its affinity for fiery riffs and catchy hooks — but it’s hardly a political one. The closest thing Fidlar has to a lyrical political stance is its position that the craft beer movement is a little too snobby for its members’ taste — an attitude made clear in the hook of its breakthrough “Cheap Beer” single from 2012, which features the lyrics, “I drink cheap beer, so what, fuck you.”

Still, that’s about as an American a viewpoint as exists. And so it made some sense at least that Fidlar would open its headlining set at Trees by walking out as an instrumental of the national anthem blared overhead. As for the seating of the entire room? That was just a way for the band to further engage its rapt audiences and give the already crowdsurfing-heavy dynamics of the show a new, fun wrinkle later on in the set — y’know, the ol’ let’s all crouch really low and then jump together when the hook comes bit, one that’s been staple in rock music since “Shout,” if not before.

Some five years into its existence, Fidlar’s indeed picked up a few live-show tricks along the way. The band’s always been a high-energy one, but last night’s display showed the band off as a road-tested one, too. In addition to the crouching bit, the band also utilized another familiar trope in its offering last night: Bass player Brandon Schwartzel, following nearly each song, would squeak a high-pitched “Thank you!” into his mic, either knowingly or inadvertently utilizing the very same charming affectation that Flaming Lips multi-instrumentalist Steven Drozd has long offered in that band’s live showings.

The band now knows too the value of a well-picked cover. In fact, the first song the band performed last night wasn’t even technically its own; rather, it was its cover of the Beastie Boys’ “Sabotage,” which Fidlar released earlier this year as a standalone single release. That choice went over quite well — especially among the older fans toward the back of the room, who appeared content to spent the set high-fiving one another and mouthing along to Fidlar’s lyrics as the young fans up front spent the evening rather amicably jumping up and down and only slightly into one another in one of the softer mosh pits ever seen.

That’s the thing about Fidlar: The band’s music has a real edge to it, but its often goofy, snotty, refusing-to-be-taken-too-seriously lyrics often subverts that harshness in a welcome way. Last night’s show was no different: Fidlar offered a sweaty, passionate showcase — while casting a smirk its own antics’ way through.

If that’s not American, then I don’t know what is.