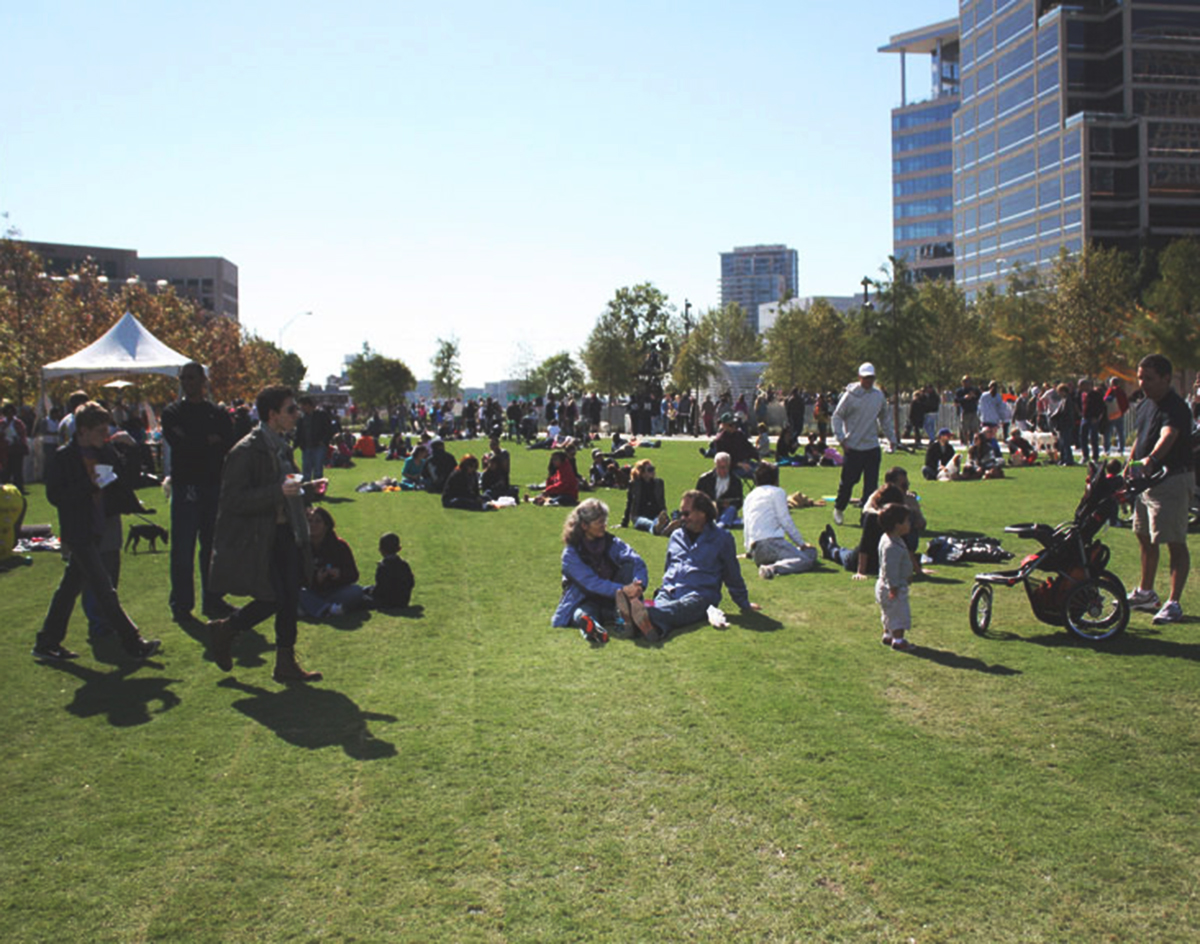 Reminder: Dallas’ Kelcy Warren (The Dad Who Paid To Name Klyde Warren Park After His Son) Is Behind The Dakota Access Pipeline. Also, There’s A Protest Outside Of His Office Today.

It might not have actually confused anyone, but naysaying aside, the million or so Facebook users who used the social media app to check in at Standing Rock in the last 36 or so hours did accomplish one thing: They helped further spread awareness to the protests that some 90 Native American tribes (plus some enterprising environmental activists) have been engaged in of late in North Dakota, and to the ugly responses their efforts have elicited from authorities.

And, hey, that’s something, right? Sure.

But here’s the thing: Dallasites need not really go anywhere, pretend-like or otherwise, to stand up for make their voices heard on the matter — one that swirls around the notion of clean water (pipes burst, y’know!) and the noble idea of not standing idly by as an already marginalized people gets further marginalized. Beyond the expected common sense, non-armchair activist measures and direct donation options, it turns out there are some honest-to-goodness organized efforts happening right here in Dallas that could (in theory) effect just as much change as any other — including one that’s set to go down today.

Wait, why here? Because Energy Transfer Partners, the majority owner of the proposed Dakota Access Pipeline, is based out of Dallas! Specifically, they’re headquartered at 8111 Westchester Drive. And it’s at this location today, from 4:30 p.m. until 10:30 p.m., where protesters plan to peacefully implore the company to ditch its pipeline efforts at Standing Rock. Yup, fun fact!

Didn’t realize until now that Dallas was somehow involved in this mess? Don’t beat yourself up over it. Lots of people didn’t! But should they have? Maybe! Turns out Energy Transfer Partners’ CEO is Kelcy Warren — y’know, the guy who donated a reported $10 million to the Woodall Rodgers Deck Park project in 2012 so that the thing could be named after his son, Klyde.

That’s right! The father of the namesake of Dallas’ favorite public facility is the same guy behind this whole DAPL mess. Gross? A little bit, for sure.

Listen, I’m not suggesting a boycott of Klyde Warren Park or anything — the $10 million donated has been donated and the park’s name is set. But there’s some irony at play with this whole scenario. When Warren paid to name the noted deck park after his son, he also announced that he was doing so to teach young Klyde, now 14 years old, some responsibility. In most every story about the donation, it was mentioned that the younger Warren would be tasked with helping to clean up the park on a monthly basis.

We don’t know if Klyde has or hasn’t followed through on his dad’s promise for him. But we do know that, over the course of Central Track’s run, we have made multiple inquiries to various entities to see if we can watch Klyde make good on his chores, and we have been turned away at each attempt. In other words: We can’t prove that Klyde isn’t cleaning the park once a month, but we also can’t prove that he is.

So here’s my question: If we can’t get Warren to prove that his son is following through on that promise to clean a stupid park on a regular basis, how are we supposed to feel confident that his company will properly handle any legit damage his pipeline might make?