Things To Do In Dallas This Memorial Day Weekend. 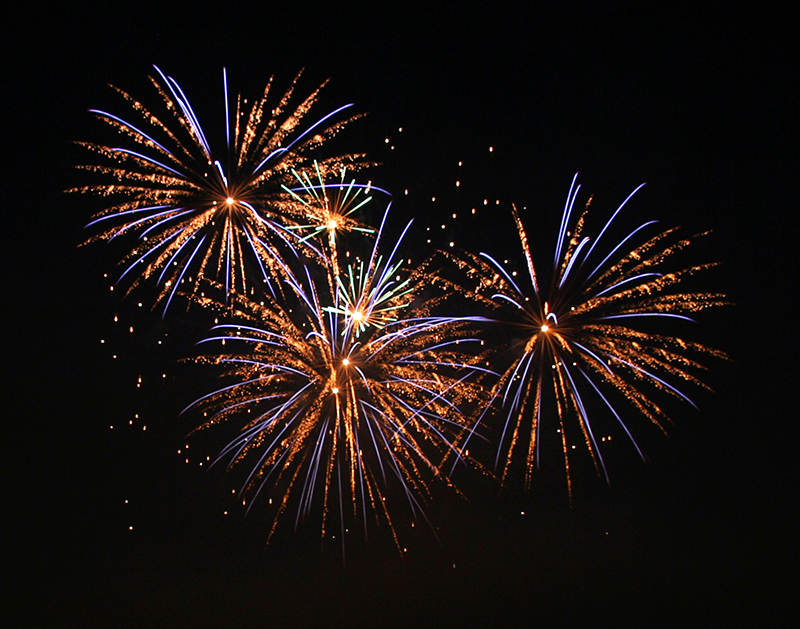 Everybody’s Working For The Three-Day Weekend.

Schlubs like you you and I may work for the weekend, but you know who doesn’t? Mark Zuckerberg, who gave the commencement address at Harvard yesterday — y’know, that legendary institution he dropped out of to found Facebook.

It’s all good, though. You’ve got free BBQ and all sorts of excuses for drinking beer to look forward to. If you don’t have plans, then feel free to peruse our carefully curated list of ongoings.

U2 at AT&T Stadium
The legendary Irish rockers stop in Dallas on the Joshua Tree 2017 tour to commemorate the 30-year anniversary of the album’s release. – OM

Famous Monsters Convention at Sheraton Dallas Hotel & Convention Center
It’s not Halloween yet, but that doesn’t mean you can’t dress up and see some of the stars from your favorite horror cult classics. The convention runs through Sunday. – OM

The Halal Guys Greenville Avenue Grand Opening
If you show up early enough, you might win a month’s worth of food from Halal Guys. So good luck and we hope you love halal! – OM

Bash and Pop at Club Dada
Tommy Stinson visits Dallas with the band that gave his career life after The Replacements disbanded. American Werewolf Academy opens the show. – OM

The Sword & Zakk Sabbath at Gas Monkey Live
It’s a full night of metal as Austin-based The Sword comes to town with Zakk Sabbath, the Black Sabbath tribute band led by Zakk Wylde. Wylde played alongside the Ozzman himself. – OM

Ghoultown at Trees
Ghoultown will perform with its usual spooky bravado. – OM

Chasing Trane: The John Coltrane Documentary at Texas Theatre
Two showings of this in-depth documentary about the jazz legend. Freddie Jones will perform live between the two showtimes. – OM

Cory Morrow at Billy Bob’s Texas
The Texas country star kicks of Memorial Day weekend at Billy Bob’s with songs from his 2015 album, The Good Fight, and other hits. – OM

Black Stone Cherry at Granada Theater
Black Stone Cherry’s latest album (Kentucky) touches on issues of personal despair and life on the road, so maybe fans in Dallas will get a bit more of an emotional tone from the band this time around. Citizen Zero and Dark Avenue open the show. – OM

Self Reliance Expo at Irving Convention Center
Learn how to survive the impending dystopian future with homemade products and no electricity. – OM

A-Trak at Avenu
The Canadian DJ will be spinning jams into the wee hours of the morning. It’s Memorial Day weekend – go dance. – OM

SOLUNA – Van Zweden Conducts Elgar at Morton H. Meyerson Symphony Center
The ex-Dallas Symphony director will take a stab at directing “The Dream of Gerontius” alongside the 200-members of the symphony chorus. – OM

The Outfit, TX presents Brand New Money House Party at the Dirty 30
Everyone’s favorite party-starters are linking up with Blue, The Misfit for this new party at this new venue. — PF

Reik at The Bomb Factory
It doesn’t really matter if you understand what Mexico’s Reik is singing in Spanish. It’s romantic as hell, so if you’re ready to swoon, it’s time to hit up The Bomb Factory. – OM

Lupe Fiasco at Granada Theater
Lupe Fiasco is apparently retired, but he’s still doing shows? We’re not sure how that works, but you can see him spit rhymes live at the Granada. Sam Lao opens. – OM

WAVVES at Gas Monkey Live
Dallas gets to hear the songs from You’re Welcome a week after it’s release. Dope! Kino Kimino opens the show. – OM

Twin Peaks Party at Taboo Lounge
Twin Peaks is back! Taboo Lounge is giving you a chance to indulge in the glory of what the internet can do when you demand something hard enough. – OM

Beardfest at The Dirty 30
Here’s your chance to show Dallas what your facial hair is made of. There are multiple categories to enter, including one for the sweet handlebar ‘stache you’re rocking. – OM

Max Stalling at Kessler Theater
Max Stalling got a late start in the music game, but he didn’t waste any time and look at him now. Special guests Terri Hendrix and Lloyd Maines will also feature. – OM

Fishboy (Album Release) at Dan’s Silverleaf
The Denton pop-rock favorites are dropping a new album like it’s hot. Daniel Markham and the Birds of Night open the show. – OM

Fast Times at Ridgemont High at Texas Theatre
Watch as a young Sean Penn sticks it to the man, man. – OM

The Return of the Mountain Kid at Lola’s Saloon
There will be a blend of heavy riffs, soft melodies and all around rock ‘n’ roll at Lola’s Saloon on Saturday night. – OM

Mother Tongues EP Release at Harvest House
The Denton band is releasing its first album at the intimate Harvest House. An art show will accompany the live tunes. – OM

Clint Black at Billy Bob’s Texas
Country fans had to wait 10 years before Clint Black released On Purpose in 2015. But it’ll only be a couple of hours of waiting (and dancing) when Billy Bob’s opens its doors before the country superstar takes the stage. – OM

Kikagaku Moyo at The Foundry (Free)
The Japanese rock duo stops at The Foundry FOR FREE while on its north American tour. Al Lover also performs. – OM

The Mountain Goats at Trees
The indie rock band is touring the country with a new slew of songs following the release of Goths earlier this month. – OM

5th Annual Pup Crawl at Cold Beer Company
Drink cold beer and bring the pups for a good time while raising money to help those pups waiting to find their forever families. – OM

Gringopalooza IV at Three Links
The Beaumonts, The Hickoids, Loco Gringos and The Me-Thinks will play this year’s Gringopalooza. – OM

Memorial Day Sunday BBQ at Double Wide
There’s never enough barbecue on Memorial Day weekend, especially not when there are brews to be had. Have another burger. Don’t even worry about it. Did we mention that it’s FREE? – OM

Brewedfest – A Grand Slam for the Near Southside at Magnolia Green Park
Are you Team Coffee or Team Beer? It’s time to pick a side as teams go head to head in a game of whiffle ball to raise funds for the Hemphill Park expansion. – OM

New Math Fest Memorial Day 2017 at Club Dada
This noon-till-close event looks crazy, with performances from Mark Farina, among others. Read all about it here. – PF

Thedeepcut at Guapo Skateboards
Bust an ollie on the way to live music from Mean Jolene, Loafers and PVC Street Gang. – OM