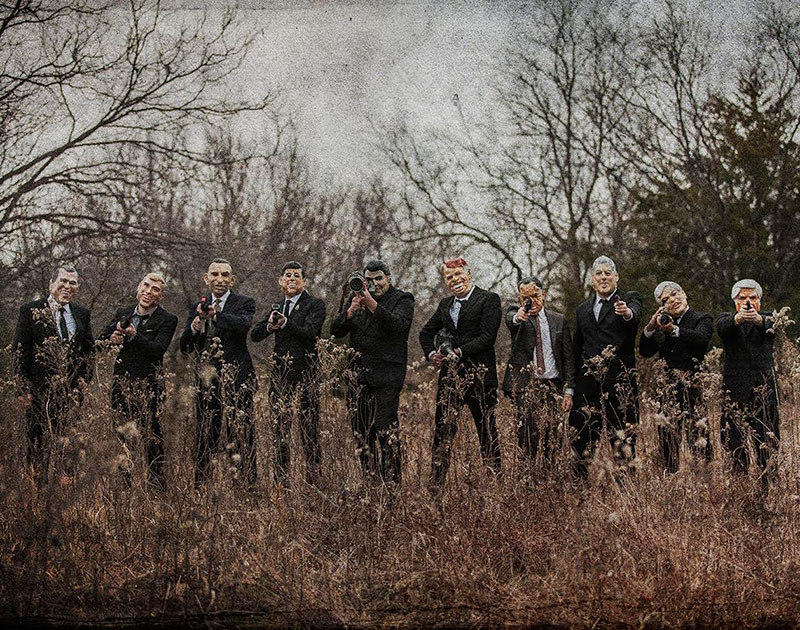 Dallas Audiovisual Collective These Machines Are Winning Is Releasing A Three Variants Of A 128-Page Graphic Novel, Each With A Different Album.

Dylan Silvers will forgive you if you’re having trouble keeping up with all that his brainchild, the audiovisual collective These Machines Are Winning, is up to.

“The project is pretty confusing,” he admits. “I mean, I don’t get confused by it, but I get it. I get why other people might.”

The confusion stems not from the fact that it’s tough to decipher what These Machines Are Winning is up to so much as it is difficult to keep track of everything it has going on. Because there’s a whole ton of that.

Since 2013, the band has released three albums (2013’s Defender I, 2015’s Kuru and that same year’s Architect of Decay) along with a collection of music videos meant to establish the group as a visually intense film entity as well, all in the name of setting up the band’s next project: Next month, the group will release a 128-page graphic novel called Slaves For Gods that will come with three separate cover variants, each of which will come with its own download card featuring one of three albums the band has recorded as a sonic accompaniment to the printed product — either in the form of 13 tracks that are said to have been recorded by the characters within the story, 11 tracks that have been inspired by the story or 20 tracks that were recorded as a means to score the story.

The Slaves for Gods variant covers.

The release of the project — which will come nationally in mid-June but will be celebrated locally in Dallas with a release party at The Double Wide on Saturday, May 27, that will feature an eight-piece These Machines Are Winning live band along with a four-person live visual team — is the culmination of a five-year, still-ongoing journey for Silvers and his team, which number almost 50 when all the musical collaborators, illustrators, live visual manipulators and filmmakers who have contributed to the project are considered.

“After doing this band shit for so long,” says Silvers, who has been a part of such acclaimed Dallas bands as The Polyphonic Spree, The Crash That Took Me and Daryl over the years, “I just just like, ‘Shit, I want more.'”

And so he set out about pursing this project, which he says fully consumed his life — “every day and every night, no shitting,” he says — since he committed to it. There’s certainly been plenty to do: In addition to working on the graphic novel’s story and contributing to its art direction and that of the band’s music videos, Silvers has also essentially helmed three separate music projects under the These Machines Are Winning banner — the post-punk These Machines are winning itself, an alternate reality Beach Boys imagination called Sunshine Village that represents a storyline in the novel and the soundscape outfit that contributed to the novel’s score album. 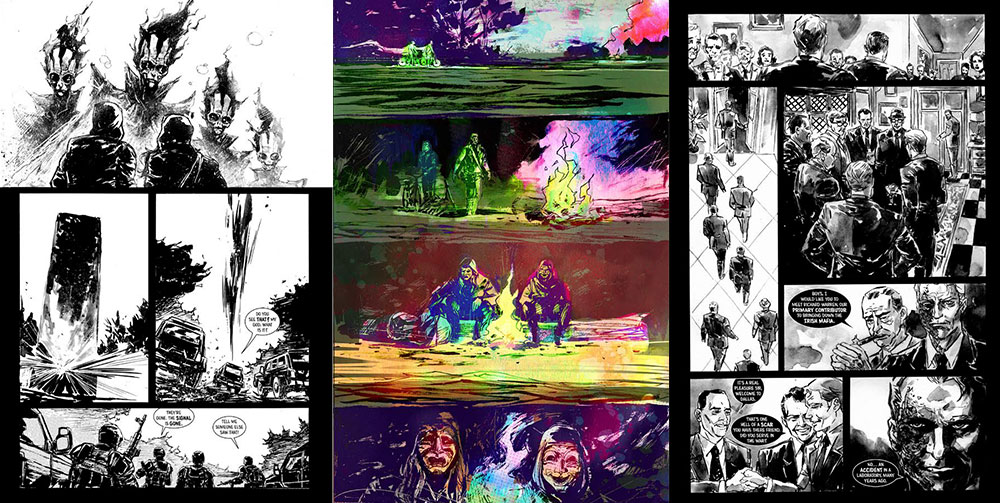 Point is, it’s been a serious undertaking — and one that Silvers is (rightly) insanely proud of, if also one that he has trouble explaining to people, including the comic book companies he met with to discuss releasing the project before coming to terms with Hermes.

“It just kind of riles people up,” Silvers says with a laugh. “It’s not that this is something that hasn’t been done before, it’s just that it’s so rarely been done and done so seriously. It’s pretty common for me to try explaining it to people and they’re just like, ‘Wait, what?'”

In those instances, Silvers says he prefers to point to the band’s three music videos released to date to help show people the vision, saying that he sees those videos as a sort of guide or set of footnotes for what the graphic novel eventually became. To that end, we’re excited to present here the band’s fourth-released music video — a clip for the song “LSD in Metallic Form”, which Silvers says was actually filmed three years ago and serves as a direct continuation of 2013’s “Fornication” video — in advance of this weekend’s release party for Slaves for Gods. Check it out below.

Silvers says the band’s fifth video, meanwhile, should also be released soon — although, much like has been the case for the Slaves for Gods novel, he and the group are taking their time with the roll out. Currently, that video, which Silvers believes is the first-ever moon-lit VR music video released, is making the rounds on the film festival circuit.

Because of course it is. What else would you expect from Dallas’ most ambitious music project?

These Machines Are Winning will celebrate the release of Slaves for Gods on Saturday, May 27, at the Double Wide. The band will be selling $20 hard copies of each of the novel’s three variant covers at the show, with each one featuring a different album of music. Head here more information on the release party. Head here for more information about the novel itself.