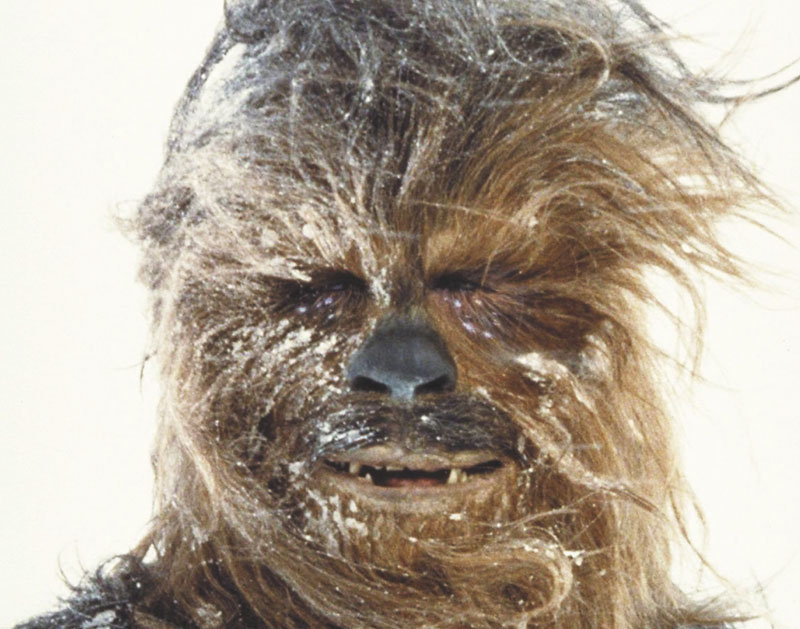 In Honor Of Yesterday’s 40th Anniversary Of The Original Star Wars Film, The Dallas Morning News Issued A Correction Over Spelling Of “Wookiee” In Its 1977 Review.

Credit where it’s due: In a legitimately clever and funny move yesterday, the Dallas Morning News issued a correction for its original 1977 review of Star Wars, noting that it had incorrectly spelled the character of Chewbacca’s species as “Wookie” instead of the proper “Wookiee.”

Here’s how the correction read:

Our review of the original Star Wars, which appeared in The Dallas Morning News on May 26, 1977, incorrectly referred to Chewbacca as a “Wookie.” The correct spelling, of course, is “Wookiee.” We regret the error and apologize to the seven-foot-tall hairy alien biped community.

The correction came on the 40th anniversary of the original movie’s release, accompanied by a re-posting of the paper’s original review, in which it called A New Hope “enchanting in the most literal sense of the word.” We imagine someone at the paper simply came up with the idea of re-posting that review, then noted the error and thought it’d be funny to post the correction — which, yes, it very much was, earning props from NPR among other outlets.

Add us to the list of those who thought it was a good move. It’s certainly better than that other area news story that’s dominated all Chewbacca-related headlines in recent years, that’s for sure.