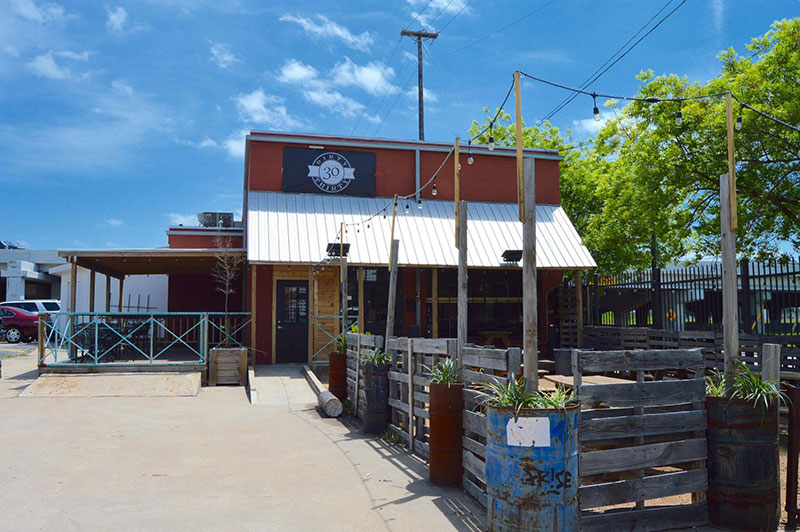 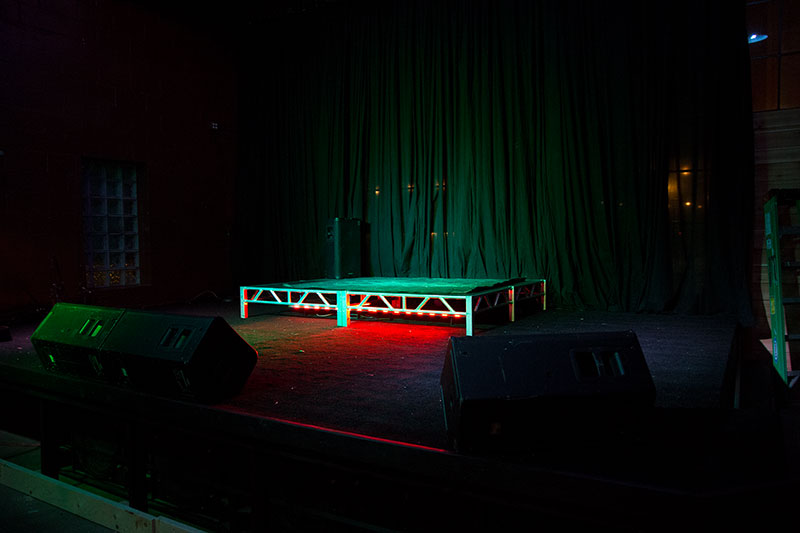 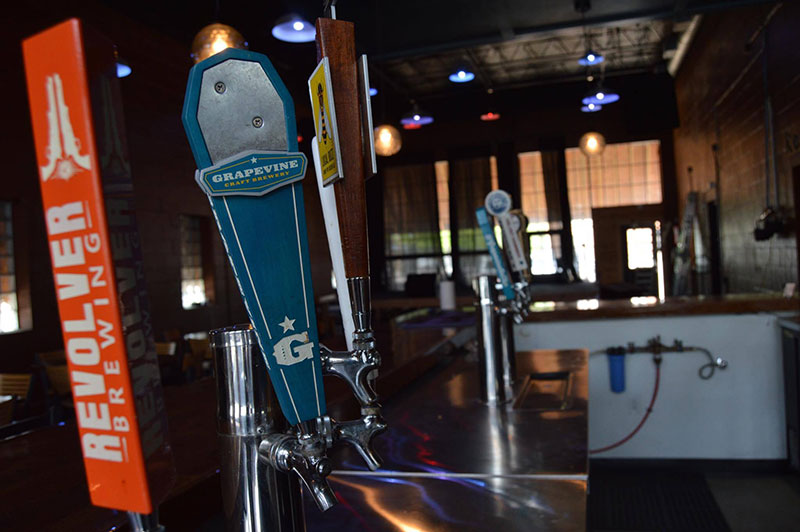 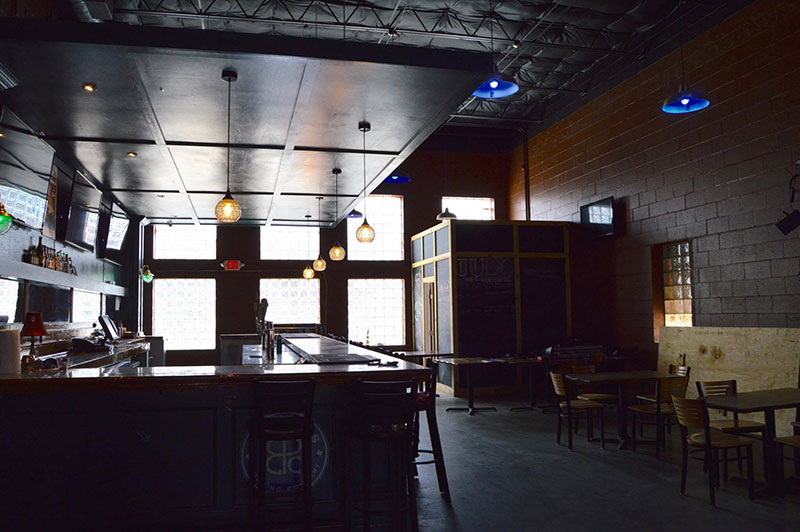 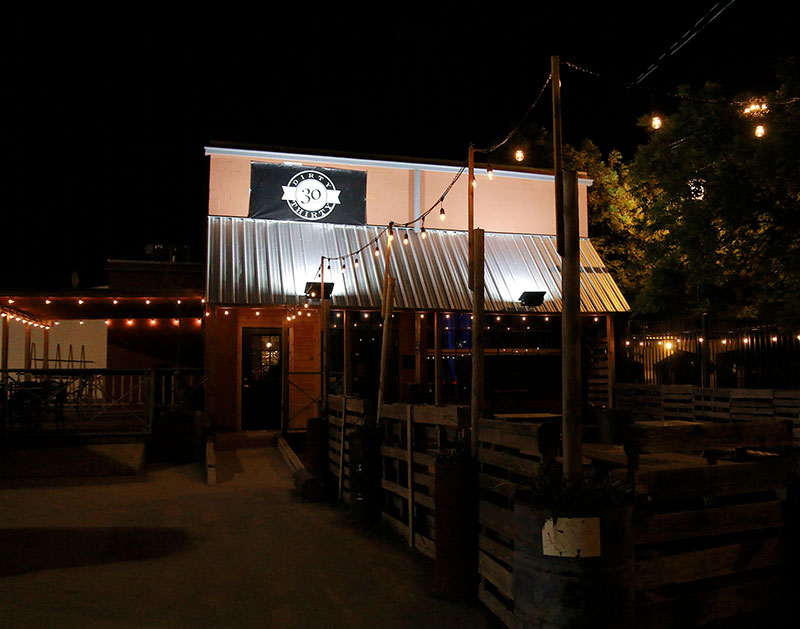 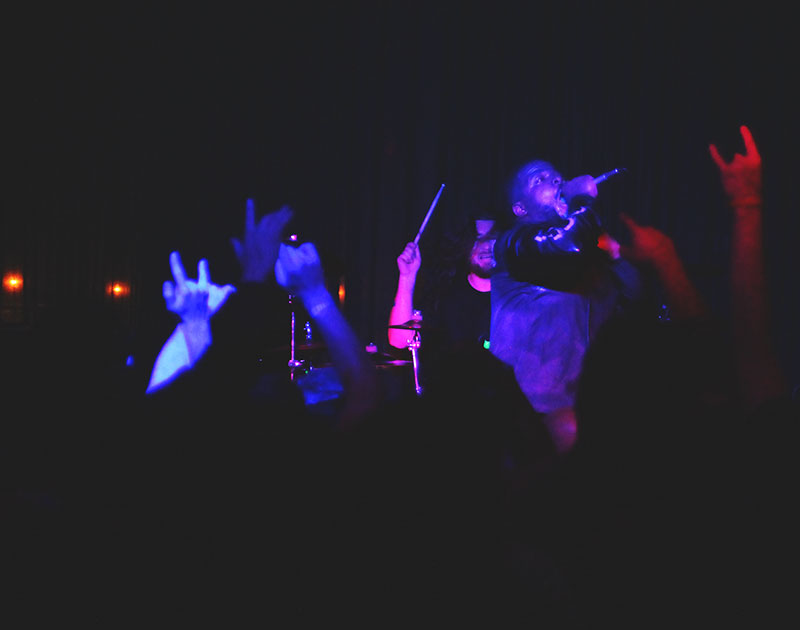 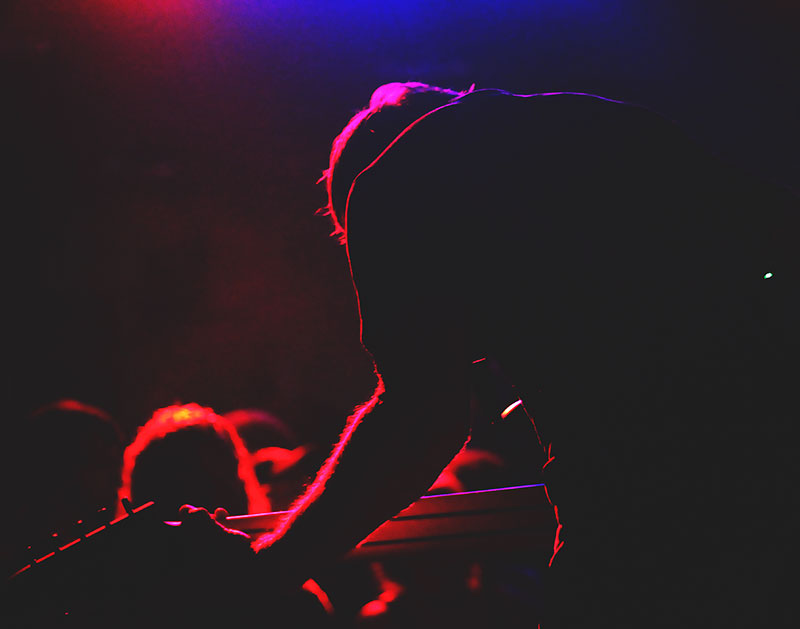 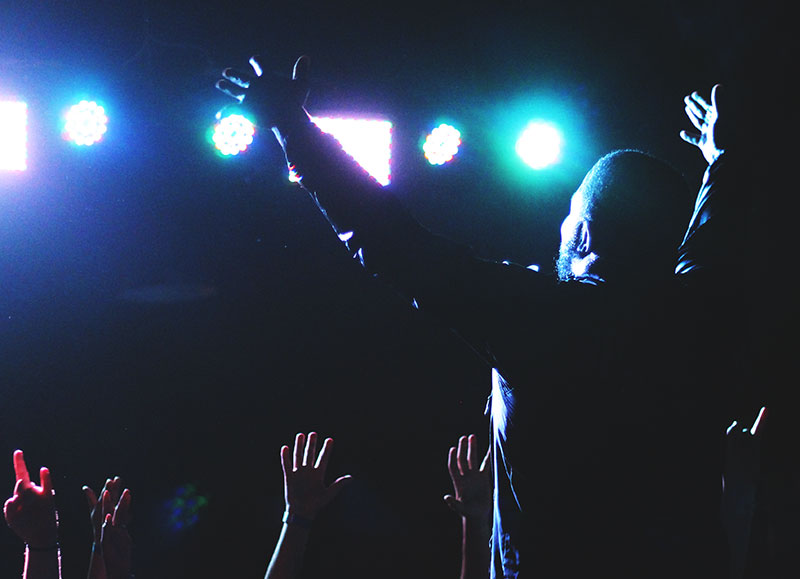 A Veteran Crew Of Fort Worth Venue Operators Has Re-Opened Dallas’ Expo Park Venue Previously Known As The Underpass.

Eight months after The Underpass in Exposition Park rather unceremoniously closed, a new group consisting of veteran Fort Worth venue operators and bar owners officially re-opened the space as The Dirty 30 on Thursday night, welcoming a sold-out crowd into its space for a bill headlined by the Illinois deathcore band Oceano.

Much as the space’s old Underpass name referred directly to the I-30 highway overpass next to which the bar is nestled, the new Dirty 30 name is too a reference to nearby interstate. But, beyond that similarity and the fact that the new space inevitable shares the same building skeleton that The Underpass boasted, that’s essentially where the similarities between the two spaces ends. Whereas The Underpass failed to ever make much of a splash — mostly, it seems, due to its uninspired bookings and its underwhelming promotional efforts — the team behind The Dirty 30 appears committed to turning Dallas’ newest venue into an immediate destination spot.

For starters, its four-headed ownership team may be new to the Dallas venue game, but it’s not new to North Texas venue operations, event promotions or music scene know-how: Rustin Luther owns and operates the Fort Worth venue Tomcats West and plays bass in the robotic electro-metal band Urizen; his longtime girlfriend Jennifer Jones is an owner at Home Plate Sports Bar in Fort Worth; Cameron Taylor fronts the electronic rock band Secret of Boris; and Kelly Hooper-Taylor works in the wedding industry.

The group had already been looking for a space through which they could make their foray into Dallas when The Underpass became available for rent. Almost immediately, they signed a lease on the place.

Another thing that came together quickly was a decision on which direction the group would take with its bookings to the space — which, specifically, is to say that they themselves won’t be making that call much at all. Instead, with their efforts focused on operations and promotions beyond The Dirty 30’s concert calendar, the crew has tasked Orlando Mendoza, vice president of Third String Productions (the proprietors of So What?! Music Festival), with serving as the space’s talent buyer.

“This will be [TSPR’s] home venue, essentially,” Mendoza says. “Especially for the capacity.”

To that end, three of the venue’s first four nights in operation are indeed Third String Productions shows — Oceano on Thursday, Sorority Noise on Saturday and A Lot Like Birds on Sunday — with the outlier being Friday night’s “Free Open House Party” in which venue proprietors hope to show off the space to new crowds and, potentially, bands and event organizers who might further help them fill their calendar. Mendoza is quick to point out that he is open to all genres playing the stage, and Hooper-Taylor has expressed interest in hosting happy hour quizzes, food truck rallies and other pre-show events in the room.

“It’s going to be very varied,” Mendoza says. (He says bands interested in playing the space are welcome to email him at orlando [at] dirty30dallas [dot] com to inquire about calendar availability.)

There are certainly options for the space: At this point, the build-out is fairly bare, with plenty of room for an identity to take shape and owners saying they plan on continuing to tweak their space’s design as they go.

Outside, there’s not much work to be done. The obvious big draw is the inviting out-front patio, which is ready-made for hangout time when the weather cooperates.

Inside, the space could stand to become a little more homey. The walls are mostly barren — just some red paint on concrete walls.That concrete could prove somewhat problematic for the space’s loud sound system in time, but it wasn’t much of a problem on opening night; with such a high turnout, the bodies in the room ended up dampening the noise and keeping the music from echoing too harshly off the walls. In the coming months, owners expect to further decorate the walls and hone things in with tweaks to the room’s sound design. They also plan to add onto the already-impressive lighting rig that hangs from a truss attached to the ceiling, bringing in moving lights and perhaps some back-lighting for the stage, too. A permanent booth toward the back of the room — right near the large bar-top area — also still needs to be built to house the soundboard.

The stage, however, won’t need any more work. Atop the small corner stage that The Underpass once crowded bands onto, The Dirty 30 has built a spacious, 21-foot-by-14-foot stage just inside of its front door, giving performers plenty of room to roam. Rising at least three feet off the ground, the stage also makes for easy sight lines most anywhere in the venue, with a permanent drum riser toward the back of the stage further adding to the spectacle the stage offers.

Unlike so many venues nearby in Deep Ellum, load-in for those bands should be easy, too. There’s no maneuvering through traffic or fighting for parking spaces to be had here; The Dirty 30 boasts its own free, well-lit and gated parking lot, plus a separate entrance that is designated specifically for bands to use when loading in their gear. But ownership is hoping that the parking lot will also be a draw for fans.

“Not many other venues have free parking like that,” Mendoza points out.

He’s not wrong. Of late, a common complaint about Deep Ellum venues has been that fighting through the crowds to get to them can be something of a pain. At The Dirty 30, owners hope they’re removing that issue from the conversation.

On Opening Night, that indeed seemed a perk. The parking lot was jam-packed with cars as Oceano began its set, seemingly proving right away that the venue can indeed exist as a destination despite its being a little removed from the main Deep Ellum drag.

No doubt that’s something that The Dirty 30’s owners — and the rest of us, really — will keep an eye on moving forward. So long as that lot’s full, The Dirty 30 is going to be doing quite fine.