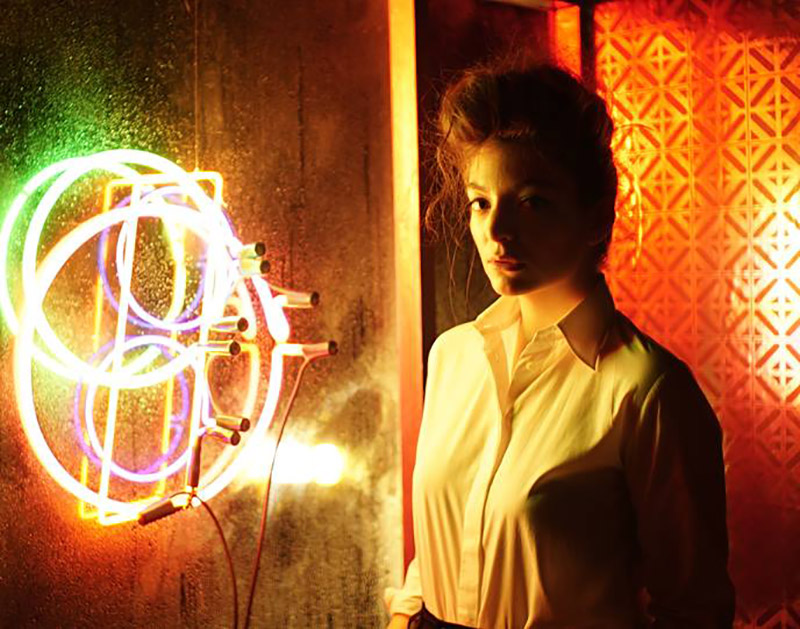 Get The Green Light With Lorde At The American Airlines Center, Fest It Up At NSFWknd And Celebrate St. Patrick’s Day Across The City.

Wrestling has a long and storied history in Dallas.

And come Monday, the city could see yet another iconic moment in wrestling. That’s because — as we believe — the iconic wrestler known to most as The Undertaker could be making his final stop in Dallas ever as an in-ring performer.

After being called out by John Cena about a match at WrestleMania earlier this week, we think it’s very likely that ‘Taker could respond to the callout right here in Big D. It’s the only stop in Texas — ‘Taker’s home state — before

Before we find out what’ll happen for sure, though, we have to get through the weekend. That’s not going to be a drag, though, ’cause there’s tons of cool-ass things to do in Dallas this weekend, as you can see from the list we’ve put together below.

Late Night Beats at Deep Ellum Art Company
Electronic and tech house DJ Jay Sustain will play the main stage inside until around 1 a.m. Meanwhile, house and deep house beat maker Plyms will play in the back yard until around 2 a.m. Five bucks gets you in to a night of jams.

Rehab at Canton Hall
The southern rock/alternative hip hop band has reformed and is stopping in town while on its Reunion Tour — albeit with a tweaked lineup but still all its classic jams.

Adelante Awards at Hall of State
The Latino Center for Leadership Development is hosting this local awards gala during which the non-profit will be honoring local Latino leaders.

The Wee-Beasties at Three Links
And after the NSFWknd lineup finishes up at Three LInks, enjoy free jams from Denton’s own punk rock outfit at 11:30 p.m.

Lost Stars at Curtain Club
It’ll be a night of pop rock when Lost Stars headlines this gig. Kites And Boomerangs, The Polarity and Bue Apollo also perform. Doors open at 7 p.m.

April Macie at Hyena’s Dallas
The comedienne known for appearing on the fourth season of NBC’s Last Comic Standing is in town again with her brand of empowering comedy that challenges the double standards women face. You know, in a humorous way.

Rope 35mm at Texas Theatre
CinéWilde hosts the screening of this Alfred Hitchcock classic about a murder that’s committed moments before a dinner party as part of a philosophical experiment. The film follows the subsequent dinner party and the guests unknowingly gathering in close proximity to the body.

Spring Break Party at Main at South Side
Seattle’s Close Encounter headlines this show fresh off the release of its debut full-length album. Schlomi Bagdadi, John Connery, Signals and Alibis, HECK and The Deluxe also perform.

NSFWknd: Eyehategod at Trees
Don’t let the name prematurely put you off. The sludge metal NOLA natives have been rocking for nearly 30 years so you’re in good hands, unless you fall into the pit. Sadly, there won’t be any human sacrifices between sets, but I hear the Illuminati will be covering the door, so feel safe. Cro-Mags, Kept In Line, End Times and Violent Exit also perform as part of NSFWknd. — Sidney Johnson

Texas Pinball Festival 2018 at Embassy Suites Dallas-Frisco Hotel and Convention Center
Play pinball and other classic arcade games all weekend long without having to worry about getting quarters. Click here for information about hours and tickets. Game on!

Princess Nokia at Canton Hall
The Afro-Puerto Rican artist out of New York City raps about one thing: the truth. With the release of her debut album, 1992 Deluxe, Princess Nokia tackles issues of race, feminism and general equality in a way that challenges the status quo. Her bars are edgy but honest — and at the end of the day, that’s what really matters. WYBMF opens.

Afrolicious at Deep Ellum Art Company
The large ensemble started off simply by hosting a weekly dance party, but those parties proved to be so lit that the crew decided to just keep doing the thing and keep dishing out its blend of electro, funk and disco to keep the crowds dancing. The band will do just that tonight, so bring your dancing shoes. Mojo opens.

The Wedding Present at Prophet Bar
The indie rock band out of Leeds, England is still going strong but it’s been doing it all on its own. And what better place for that indie spirit than the Prophet Bar? Terry De Castro opens.

Shamrock 2018 at House of Blues
This all-day celebration will be closed off with a special performance by red dirt country outfit Whiskey Myers at 8 p.m. Doors open at 11:30 a.m.

St. Baldrick’s Fundraiser at Thirsty Lion
At this event benefiting the St. Baldrick’s Foundation, either shave your head, volunteer or donate some money. Whatever you choose to do, you’ll be doing some good for kids battling cancer.

Blade 35mm, Vampire Blood Rave Party at Texas Theatre
Following the screening of this Wesley Snipes classic, attendees can dance their asses off thanks to George Quartz’s DJing. Sip on Blade-themed cocktails and do dress up.

Creating A Better World For Animals at Deep Ellum Brewing Company
This event will benefit the Dallas Zoo’s chimpanzee care program. A $20 ticket gets your three pours and a special glass. A few animals will be at the brewery from 3-3:30 p.m. so be sure to make it on time for that.

Human Creep Show at Double Wide
Just $10 gets you in to this “night of living oddities, freaks and creeps.” Show starts at 10 p.m.

Truck of the Irish at Truck Yard
Lucky the Leprechaun will be making a special visit while you enjoy live music, jello shots and beer specials. The festivities go all day.

Dallas Mavericks St. Patrick’s Parade and Festival
Dallas perennial celebration all things booze and booze is back. Of course, whether or not the Mavs should be hosting it given the recent tribulations over there may be a matter of debate….

Lorde at American Airlines Center
The singer stops in town in support of her second album, Melodrama, with special guest Run The Jewels.

nothing, nowhere. At Prophet Bar
While Joe Muherin’s latest album, Rapper, didn’t get rave reviews, Rolling Stone did point out how well the Vermont musician weaves together the role of rapper and singer in the age of Soundcloud talents trying to do both. There’s definitely something to be said about that there, and tonight’s show is a great opportunity to see what nothing, nowhere. is all about. Shingami, Lol Lotus and Jay Jee open.

The DollyRots at Three LInks
Since 2012, the band has been releasing music under its own label, Arrested Youth Records. That DIY spirit has kept the band going. And now, the crew is stopping in town while its Rah Rah Radical Tour with Erik Chandler and Sweet Chaos.

NSFWknd: Wavves at Club Dada
No, you didn’t read that wrong. The indie pop rock outfit was scheduled to play at Canton Hall, but the show has been moved over to Dada. Worry not — your ticket is still good and will be honored at the new venue.

Gone Too Soon Selena Brunch at Peticolas Brewing
Tickets for the food part are sold out, but you can still enjoy a cold brew or a few and jam to Selena’s best songs, as the Peticolas crew is going to be playing them all brunch long.

Insane Clown Posse at Gas Monkey Live
Miracles all around and you don’t even know it.

Dermot Kennedy at Trees
The Irish singer-songwriter stops in town to play the tunes from his debut EP, Doves & Ravens, a collection R&B and hip hop-laced songs inspired by Kennedy’s own trials and tribulations. Janelle Kroll opens.

Happy Goat Yoga at Ferris Wheelers BBQ
Goat yoga has been all the craze the past few months, and if you’ve been wanting to try it out, here’s a chance to get a feel for it and do some good while you’re at it. This event will benefit the Here’s Your Reminder Projects, a nonprofit that advocates for the treatment and fair treatment of people dealing with depression and anxiety.

NSFWknd: Crumb, La Luz at Club Dada
With the release of Locket in 2017, Crumb started gaining some national attention. To capitalize on that, the band released the video for “Locket.” It’s a trippy video that features angles from a 360 degree camera, weird distortions and other visuals you’d expect from an acid trip. While you won’t get exactly that view from the band live, you will get the delightfully trippy rock that goes along with it. Also peforming are La Luz, Okey Dokey and Omni.

Night Moves at Main at South Side
When Night Moves first came onto the music scene, the crew released its debut album for free. But it seems to have paid off because the band’s 2017 album Pennied Days has been getting the band all kinds of attention, with Huffington Post even calling it one of the best albums you’ve never heard. And that’s really saying something. See what this pop rock outfit is all about after Fetch and Devi de Luna open the show.

March Madness Bracket Challenge & Watch Party at Dallas Sports & Social Club
Show off your bracket and see how good you are at these March Madness picks. Or just show up and chug some beers and enjoy the games.

All Lil Wayne Everything at RBC
It’s Weezy’s turn to have an all/everything night.

November at Texas Theatre
The showing of this film about a young girl being forced to marry a farmer and give up her life with her true love starts at 2:15 p.m.