Is The Undertaker Gonna Face John Cena In Dallas? 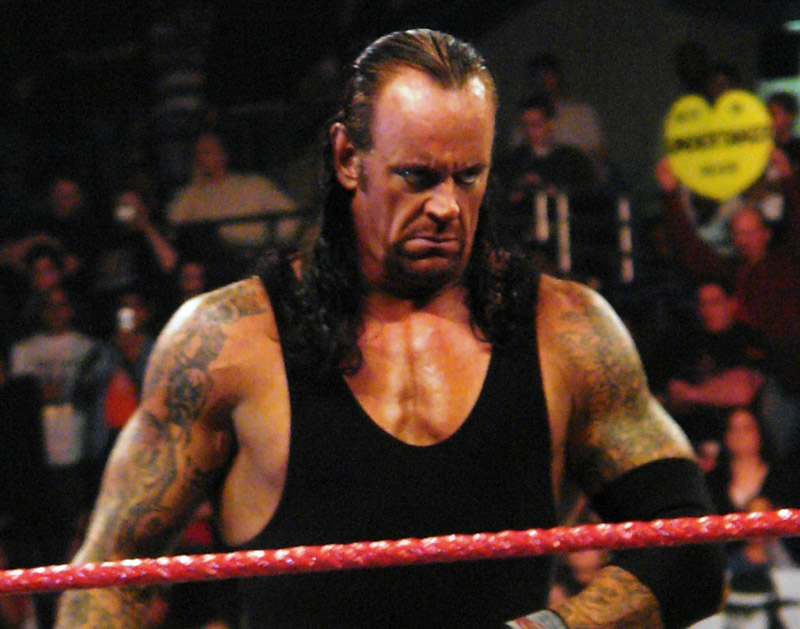 Based on what went down during this past week’s Monday Night Raw, it’s looking like wrestling fans all around  are finally getting the match they’ve wanted for years.

Indeed, all signs are pointing to WWE booking John Cena to take on The Undertaker at WrestleMania 34 in New Orleans — the same venue where ‘Taker’s unparalleled 21-0 streak at the “Showcase of the Immortals” was broken back in 2014. And, if we’re right, then we’re pretty damn sure that means the Deadman himself could confirm it when Raw films in Dallas next Monday, March 19.

Sure, The Undertaker is old. Yes, he’s well past his prime, And, 100 percent absolutely, he should consider retiring for his own good. But the Texas native is still one of the best to ever enter the squared circle, and him facing off against Cena — another icon in his own right — is an intriguing enough thought to excite even the most casual of wrestling fans into possibly turning in.

It’s not like we’re going to see much more of The Undertaker for years to come. There was speculation that the wrestler born Mark Calaway might even retire at WrestleMania 32 at AT&T Stadium — but that talk was quashed when WWE set his opponent as Shane McMahon, who can jump from as high as he wants but would never be able to defeat the Deadman — even with kayfabe. Then, just last year, Undertaker seemingly did retire when he lost to Roman Reigns in Orlando.

It was perfect kind of goodbye as the legendary Texas wrestler stood alone in the ring and dismantled his supernatural persona, leaving his gloves, overcoat and hat in the ring.

But now it seems like all that has been thrown out the window with Cena directly calling out The Undertaker on this past Monday Night Raw — just one week before the AAC is scheduled to host both Raw and SmackDown in the lead-up to WrestleMania.

Are you telling me this doesn’t all reek of The Undertaker answering Cena’s challenge in Dallas? Let’s face it: If WWE’s going to start the build to this match, what better place to do so than in The Undertaker’s home state?

Meanwhile, Cena has been promoted on the bill for the Dallas Raw stop since tickets went on sale back in January. Pile that on top of the fact that WWE has no other Raw or SmackDown stops in Texas — or any pay-per-views — between now and WrestleMania on Sunday, April 8, and the stop in Dallas seems like the natural next best available opportunity for the Deadman — we’re guessing the “American Badass” version over the traditional one — to respond to Cena in a friendly setting.

History already shows that, when WWE comes to town, it puts on a hell of a show and brings all of its big names. And while the company has yet to confirm ‘Taker, it already has announced that Brock Lesnar, Roman Reigns, Seth Rollins, Asuka and Braun Strowman are all set to appear alongside Cena on March 19.

‘Taker would be a nice fit in that lineup, though. And, even if our speculation here is as much a wish as it is an educated guess, we’ll be at the AAC hoping it comes true and eagerly anticipating the opening notes of the Deadman’s music.

Why? Because it’s still real to us damn it.