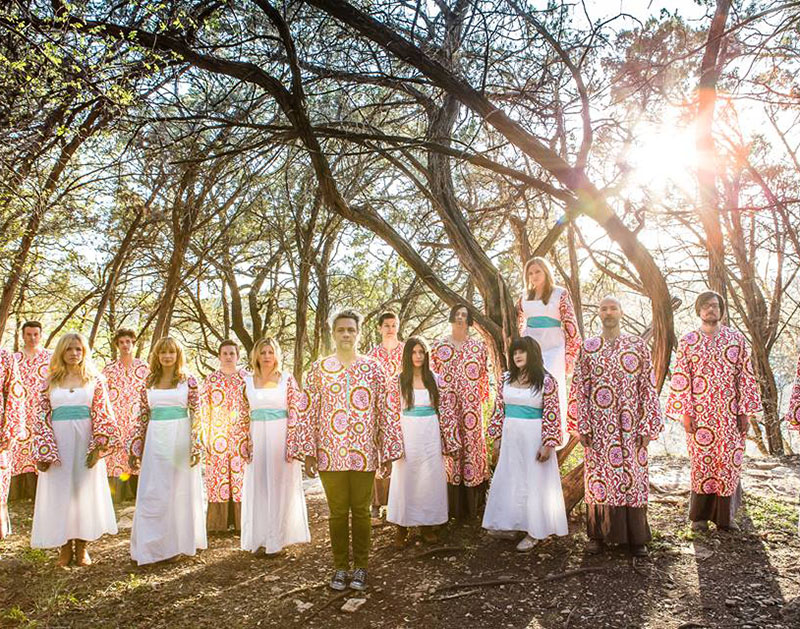 Just Dance With Lady Gaga, Celebrate 13 Years Of Parade Of Flesh And Reach For The Sun At The Polyphonic Spree’s 15th Annual Holiday Extravaganza.

World Cup fever is already on board. Football, or as we call it here in America, soccer, will be the center of attention next summer. Maybe it won’t be here in the U.S. thanks in part to a Dallasite.

Finally, after the three-year qualification period, the 2018 Russia FIFA World Cup groups were announced on Friday. For those who do not know, the World Cup is held every four years.  Soccer fans, have to wait patiently and it’s worth it at the end as we get the chance to see the best 32 nations compete over a two-month period of non stop soccer.

The U.S. will have to watch the World Cup at home but fans should still enjoy a great fixture of games.

Russia will kick start the tournament as they open against Saudi Arabia on June 14.  The U.S. should cheer for its region rival, Mexico, who are placed in the group of death. Here’s the complete list of the fixture.

Anyway, we’re all probably really stoked for it to be next summer already, but there’s still some waiting to do. So, for now, check out how you can kill some time this week below.

The Spill Canvas at Cambridge Room (House of Blues)
In support of its tenth year anniversary tour.

Candlebox at House of Blues
With To Whom It May.

Trivium at Gas Mokey Live
With While She Sleeps and Fit For An Autopsy.

TFDI at The Prophet Bar
With Tony Lucca.

The Issa Twaimz Tour at Granada Theater
Check out the Youtube singer and comedy star.

Wifisfuneral at Cambridge Room (House of Blues)
The Boy Who Cried Wolf Tour.

Alter Bridge at House of Blues
With All That Remains, Sons of Texas and Alter Bridge.

The Faceless at Trees
With Bloodline, Trials Of Man, I Am Destruction and Tooth & Nail, Ballista.

Sleeping With Sirens at The Door
With Blindwish, Closure and Recent Rumors.

The Wood Brothers at Granada Theater
With Sean Mcconnell.

Pale Waves at Three Links
With the Candescents.

Bully at Club Dada
With SMUT.

Scott H. Biram at Three Links
With the Yawpers.

Keyshia Cole at The Bomb Factory
In support of her new album, 11:11 Reset.

Kyle Lucas at The Prophet Bar
Part of The Day Late & A Dollar Tour.

Jewel’s Handmade Holiday Tour at Pavilion at Toyota Music Factory
In support of her new album Picking Up The Pieces.

Keep Flying with Dozer TX at The Dirty 30
With DozerTX.

The Buck Pets at Three Links
With Shallow Reign and Cottonmouth Texas.

The Drums at Trees
With Hoops.

Taylor Phelan at The Door
With Danielle Grubb, The Teddy’s and Jeremiah Miller.

Dalton Domino at Sundown at Granada
With Charlie Stout and Brandon Adams.

ETX Showcase at The Dirty 30
With Babe and Cloher The Girl.

Parade of Flesh 13th Anniversary at Club Dada
With True Widow and Razorbumps.

Skating Polly at Three Links
With Lizzie Boredom and Starcrawler.

Graceland Ninjaz at Trees
With Jake Odin and The Marching Band.

The Wrecks at The Prophet Bar
With Brick + Mortar and Moth Wings.

The Refuge Benefit Concert at Deep Ellum Art Company
Come and enjoy an evening of blues.

The Roomsounds at Sundown at Granada
With Silas Nello.

Zao at Dirty 30
With Mona Borland, alias and Omission.

The Neighbourhood at House of Blues
With Health and Field Medic.

Shane Torres at Hyena’s Fort Worth
Laugh your ass off.

Poptone at Trees
With Geneva Jacuzzi.

Tamale & Beer Pairing Flight at LUCK at Trinity Groves
Tamales and beer. Sign us up.

Dead Words’ Festival of Tight at Three Links
With By the Gallon, The Holophonics and Friendship Braclets.