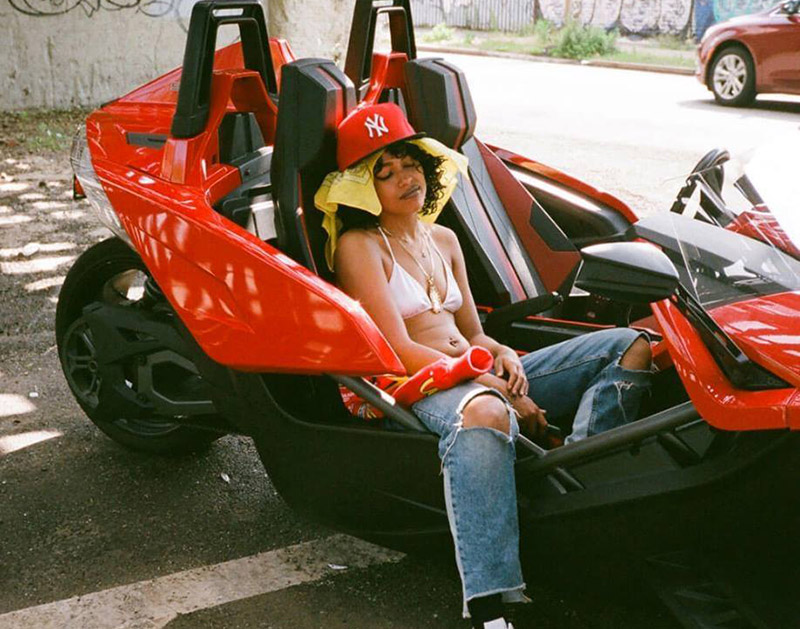 Be The G.O.A.T. With Princess Nokia At Canton Hall, Jam at SX Foreplay Fest V At Three Links And Armoury D.E. And Hear From Apple Co-Founder Steve Wozniak At Winspear Opera House.

Did you hear that American Idol is premiering tonight?

Well, now you did. And you should now that North Texas has more than a dozen local singers who may feature on throughout the season. Seriously. A lot of local talent appears to have made at least through the first rounds.

We know for sure that tonight Plano blues singer Ron Bultongez and McKinney country singer Harper Grace will both feature on the season premier. They’ve both been pushing the season premier on their social media fields, likely indicating that their auditions went well.

So if you’re gonna be at home tonight to watch the Idol premier — or planning on going out — feel free to use this list as your guide to the week.

Goat Head Trivia At The Nines
Test your knowledge.

New Math Mondays at Off The Record
With BOUT, Rah Zen.

New Politics at House of Blues
With Dreamers, The Wrecks.

The Chamanas at RBC
Doors open at 8 p.m.

Iced Earth at House of Blues
The Incorruptible World Tour.

Women of the World Poetry Slam at Majestic Theatre
The 10th anniversary.

NSFWknd: Royal Thunder, Pinkish Black at Three Links
With From Beyond.

Lost Stars, Kits and Boomerangs at Curtain Club
With The Polarity, Bue Apollo.

John Oates with The Good Road Band at Kessler Theater
With Michael Prysock.

Reeves Gabrels & His Imaginary Friends at Double Wide
Jams from The Cure’s guitarist.

Til Midnight at the Nasher Sculpture Center
Museum fun all the way ‘til midnight.

Adelante Awards at Hall of State
Presented by the Latino Center for Leadership Development.

Pizza Art Show at J & J’s Pizza On The Square
In the ol’ dirty basement.

The Wedding Present at Prophet Bar
With Terry De Castro.

Dash Down Greenville
Run or walk!

Shamrock 2018 at House of Blues
Green beer and all.

St. Baldrick’s Fundraiser at Thirsty Lion
Shave that noggin for a good cause. — OM

The DollyRots at Three LInks
The Rah Rah Radical Tour.

Gone Too Soon Selena Brunch at Peticolas Brewing
Anything for Selenas.

Insane Clown Posse at Gas Monkey Live
Miracles all around and you don’t even know it.