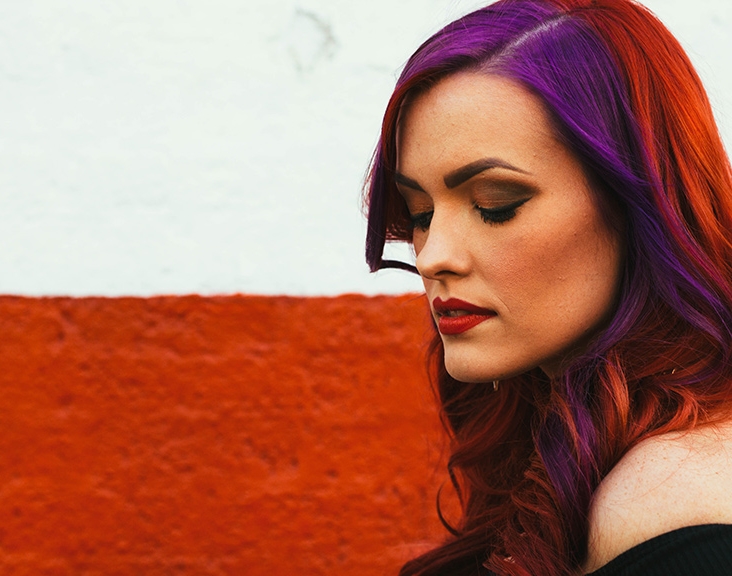 DJ Khaled – “I Believe (Feat. Demi Lovato)”
RIYL: Another one!
What else you should know: DJ Khaled and Demi Lovato really seem to be besties these days. Not only are they currently on tour together, having just rolled through the American Airlines Center here in Lovato’s hometown of Dallas on Wednesday night, but the pair then went ahead and premiered another collaboration just yesterday. A flip on Lauryn Hill’s “To Zion,” the song is on the soundtrack for Disney’s A Wrinkle In Time, and its release comes just in time for the film’s opening weekend. On the uplifting track, Lovato touts plenty Pinterest-worthy self-affirmations, but also some of the more powerful and soulful vocals we’ve heard from the pop superstar in some time.

Kaela Sinclair – “I Cry Too”
RIYL: Mini albums over EPs.
What else you should know: Kaela Sinclair’s vocals are so captivating on this song that it might take you few listens before you’ll really even start to hear any of the other instruments on the track. Really: That chorus is so powerful, it just completely overtakes the synths and keys underneath. Then, at the end of the track, it all crescendos into a climax before Sinclair finishes the song off solo. The song premiered yesterday via Nylon in a feature penned by Dallas Observer contributor Eva Raggio. We recommend giving it a read, if only for the anecdote about how Sinclair may or may not have made eyes with Jack White while touring through Europe with M83.

Tommy2 – “Classic (Feat. Rambo3030)”
RIYL: Strip club anthems.
What else you should know: Tommy2 and Rambo3030 come together here for this low-key stripper anthem, which comes already paired with a video, directed by stalwart videographer Halfpintfilmz, that would be a prime candidate for the dead-but-not-forgotten late-night “BET Uncut” video blocks. Don’t get too distracted by the visuals, though! Tommy2 possesses the subtle, nonchalant flow so many other rappers aspire to — and yet, for him, it feels natural. That’s a gift, for sure.

Lil Texas – “Club Storm”
RIYL: Steve Aoki-approved singles.
What else you should know: An unsubtle nod to Darude’s iconic, unforgettable and absolutely perfect “Sandstorm” — we’d recognize that familiar glitchy synth anywhere — there’s just so much great stuff going on in this banger from the Dallas-sprung Lil Texas. The classic trance and techno elements blend wonderfully with the new school bass, trap and Jersey club influences here, making this song easily appealing for everyone on the dance floor. That makes sense: The track is being released via Dim Mak’s new music imprint New Noise, which highlights new music by burgeoning artists handpicked by dance music icon Steve Aoki and his team.

Doyouloveme – “I’m Still in Love with You (Feat. Lazygirl and Aira)”
RIYL: Modern takes on classic tunes.
What else you should know: Dallas producer doyouloveme teams up with Filipino singer Aira and British singer Lazygirl for this trip-hop-inspired re-working of Alton Ellis’ classic “I’m Still In Love With You Girl.” In this version, Aira and Lazygirl exchange lush expressions of the hypnotizing “I’m still in love with you” chorus as doyouloveme takes the beat down several paths, exploring Caribbean vibes and booming 808 samples en route to delivering a nuanced track well worth revisiting.

Ting Tang Tina – Love Is Trippy
RIYL: Second generation Dallas acts.
What else you should know: A pretty cool note about Ting Tang Tina is that guitarist and vocalist Ruby Lewis is the daughter of Toadies frontman Vaden Todd Lewis —  but let’s not have that be the sole peg for this release. On its own, Love is Trippy is a pretty stellar debut from this young quartet, which possesses a sophisticated palate that draws inspiration from the likes of Aquadolls, Best Coast and early Radiohead. The seven tracks on this release range from garage rockers to swelling indie-pop tunes, and they all boast a vulnerable, heart-on-your-sleeve sensibility that instantly helps the listener connect to it.

Rizzo Blaze – “Risk (Feat. idontknowjeffery)”
RIYL: Slittin’ wrists to greatest hits
What else you should know: Rizzo Blaze and idontknowjeffery come together for a Dallas to Memphis connection that conjures visions of late night creeping that would fit right in with Atlanta’s Robbin’ Season theme. With this release Rizzo Blaze is proving he possesses a dynamic flow that can either be delivered at full energy on tracks like “Best For Less” or in a low-key approach like on “Risk” which is a range not too many rappers explore.

Rosegarden Funeral Party – “Ill and Getting Worse”
RIYL: Patti Smith fronting The Smiths.
What else you should know: Just yesterday, we premiered this song, which comes off Rosegarden Funeral Party’s today-released The Chopping Block EP, an effort filled with ’80s post-punk, alternative and shoegaze influences that are way older than any of the band’s members. But that’s not to say that the band’s out of their element at all. Quite the opposite: As noted in that earlier write-up, this song sounds like what would happen “if Patti Smith were stepping in for Morrissey on The Smiths’ lead vocal duties.”

Jake Schrock – “Levitation Station”
RIYL: Fresh talent looming on the horizon
What else you should know: We premiered “Levitation Station” earlier this week here on Central Track in anticipation of its release on Holodeck Records’ today-released, 30-track digital compilation called Holodeck Vision One, which is meant to define what the Austin-based label embodies while previewing the newest projects looming on its horizon. With his inclusion on the compilation and with the label telling us it will release an upcoming project from him in the near future, Dallas’ Schrock finds himself in good company alongside such revered Texas acts on the label as SURVIVE and This Will Destroy You. But listening to “Levitation Station,” it’s clear that he brings a different approach to his sound than his new compatriots. His is a more delicate, tempered, soothing and atmospheric approach, which, among all the doom and gloom among many others acts in the same realm as him, certainly helps Schrock stand out from the pack.

Madison King – “Undone (Feat. Danny Balis)”
RIYL: Knowing when it’s over.
What else you should know: On “Undone,” two lovers — as portrayed by Madison King and Danny Balis — examine the death of their relationship and the extramarital relations that sparked its demise. King’s stirring performance here is a bit of an outlier compared to the rest of her new Livin Right EP’s material, which mostly features a lively rebellious and contentious approach, but “Undone” is the most affecting song to be found anywhere on the collection — especially with Balis’ complementing efforts and the legitimate chemistry at play between the twosome’s vocals.