Things To Do In Dallas This Holiday Weekend. 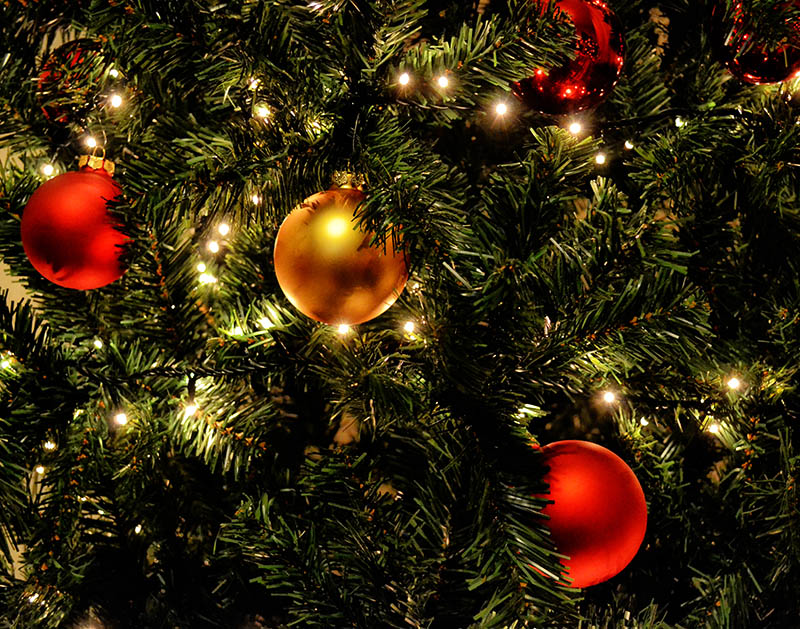 Party With Central Track At Three Links, Check Out Raw Elementz’s Locals Showcase At Trees And Laugh It Up At J&J’s Pizza Basement’s Grand Re-Opening.

You see, as we reported yesterday, the beloved basement at J J’s Pizza On The Square will reopen tonight when it hosts the Denton Comedy Festival 2.0, where Josh Johnson will co-headline with a secret, yet-to-be-announced co-headliner.

The basement at J&J’s permanently closed in August 2016, causing much distress among the Denton music and performing arts community. The spot was a mainstay for comedians, local bands and all sort of performing artists. But hey, now they’ve got the venue back — and that’s all aces in our books.

So the Denton Comedy Festival is for sure something fun to do this holiday weekend, but so are the rest of the events happening in town these next few days — and on Monday! So, from all of us here at Central Track, happy holiday, Dallas! Have a fun and safe weekend out there. — Obed Manuel

Family Groove 2 at Deep Ellum Art Company
Family Groove 2 is holiday party presented by Atmospheric Sounds featuring various DJs who will be playing their hearts. The event is also a release for IAMYU’s latest album. — KB

An Acoustic Evening with Jack Ingram at Kessler Theater
Enjoy an acoustic session with SMU alum Ingram, who is known for his raw, uncompromising, personally crafted songs that showcase his storytelling ability. —KB

’99-2000 Party at The Nines
It’s a throwback party! Get ready to listen to all kinds of late ‘90s and early ‘00s hits. All the Jennifer Lopez, Ja Rule, Nelly, Destiny’s Child and Ashanti you can handle! —KB

Lyfe Jennings at House of Blues
Early ‘00s star Lyfe Jennings, responsible for such hits as “Must Be Nice”, “S.E.X.”, and “Hypothetically”, headlines this offering opened by PJ Morton. —KB

Sam Riggs at Billy Bob’s Texas
Taking elements from iconic country music artists such as Garth Brooks, but also utilizing rock elements reminiscent of Foo Fighters and Blink-182, Riggs has an intriguing sound that sets him apart from other artists in his genre. —KB

Holiday Cheer & Community Beer at Community Beer Company
Barrel-aged beers, small batch brews, experimental brews — you name it, they’ll be serving it up here. It’s also time of year to dust off your ugly Christmas sweater… so, y’know, so that. — KB

Dr. Joe at Twilite Lounge Deep Ellum
Promoting their latest album, Cosmic Joy, Dr. Joe has a lot of energy and charisma that is clearly conveyed in the music that they play. — KB

40th Annual Merry TubaChristmas Concert at Thanks-Giving Square
More than 200 tubas will be churning out Christmas classics for your listening pleasure here. The music starts at noon, but from 10:30 a.m. to 1:30 p.m., food vendors will be lined up along Pacific Avenue to dish out some snacks. — OM

Annual Old School Christmas Party at Double Wide
Make some new friends or party with your regular crew at Double Wide. Everyone’s favorite drinking trailer will be serving up its classic drinks as well as some warm ones to keep everyone warm and toasty through the night. — OM

Onesie Upon A Time at Andy’s
Throw on your flyest onesie and check out some live tunes from YSA, Sergio y Compadres and Listen lady. It’s a $5 cover if you don’t have a sweet onesie on. — OM

Shane Smith &; The Saints at Granada Theater
Folk, rock and country all comes together with this five-piece band based out Kaufman, Texas. Austin Meade opens. —Pauline Esguerra

Pink Floyd Laser Light Spectacular at The Rail Club
Prepare to take a trip to an alternate dimension with this light and sound show themed to the music of the classic Pink Floyd. —OM

Kyoto Lo-Fi at City Tavern
Kyoto Lo-Fi’s sound is one that ranges from garage rock to indie and interweaves some punk. It’s the perfect combination for those with a thrasher spirit. Tyler Jordan & The Negative Space and Sun Babies also perform. —OM

Casey Donahew Band at Billy Bob’s Texas
The Burleson-raised Donahew has been a Texas bar rock staple for going on 13 years now. Even though his band has since become bigger players in the national country scene in recent years, they’ll still drop a song or two about the Fort Worth Stockyards on you. For that matter, you’re likely to hear a countrified version of a classic hip-hop song or two at this one, as well. — Cory Graves

Red Animal War at Three Links
The local post-punk outfit will be celebrating the 15th anniversary of its album Black Phantom Crusades. Casey Hess and The Alexander will open. —JB

The Hendersons at Lola’s Saloon
The Hendersons’ sound is one that will remind you of The Beatles with a slight country/classic rock and roll sound. There probably isn’t a show in town that will put you in a positive mood as much as this one will. Doom Ghost opens. —OM

New Fumes, Def Rain, Atop at Armoury D.E.
It’ll be a night of psychedelic rock, ambient core and experimental music at this free-as-usual show presented by King Camel. — OM

Central Track’s Hannukah Harry Saves Christmas at Three Links
Come party with Central Track! We’ll be selling $1 raffle tickets at the door to enter you to win various prizes. Proceeds will go to the Genesis Women’s Shelter. And anyone who brings hoodies, jackets, blankets, socks or hygiene products to go to the Austin Street Shelter will get $5 worth of raffle tickets. It’s a good time for a good cause. — OM

Dallas Cowboys vs. Seattle Seahawks at AT&T Stadium
This is a must-win game for the Cowboys, but with Zeke back from suspension and going up against a Seattle defense that look unable to stop the run game — well, let’s just see what happens. — OM

The Nightmare Before Christmas at The Church

The flick starts at 9 p.m. Complimentary champagne until 10. And $3 wells and domestics. Enjoy a classic whilst turning up. — OM

“Feast Of The Seven Dishes” with John Tesar
Chef John Tesar will offer his annual Feast of the Seven Fishes Dinner. — Juan Betancourt

Die Hard at Alamo Drafthouse Cedars
It may not technically be a Christmas movie, but it’s always a good time to watch Die Hard. — OM

Christmas Eve Party at Shoals Sound & Service
The good folks over at Shoals will be open for all of its regular hours for those looking for a place to hang on Christmas Eve. So show up, drink and be merry with friends and family. Cheers. — OM

The Night Before Christmas Dinner at The Hall at Trinity Groves
The Hall will be serving up its full menu on the night before Christmas. Have anything from a simple burger to a full on steak. And then head on home to wait for Santa drop off your presents. — OM

Drink The Tree at The Rustic
Starting at 6 p.m., The Rustic will be serving up Real Ale Fireman’s #4 for just $3. Chow down on some of The Rustic’s signature tamales as the crew and crowd there attemtpt to #DrinkThe Tree. — OM

Harry Potter Trivia Night at Denton County Brewing Company
The questions at this Harry Potter-themed trivia night will be heavily focused on the Harry Potter books. So no cheating and just watching the films. If you’re gonna brush up, you better start turning those pages. And drink up! — OM