The Basement Venue At J&J’s Pizza In Denton Is Back! 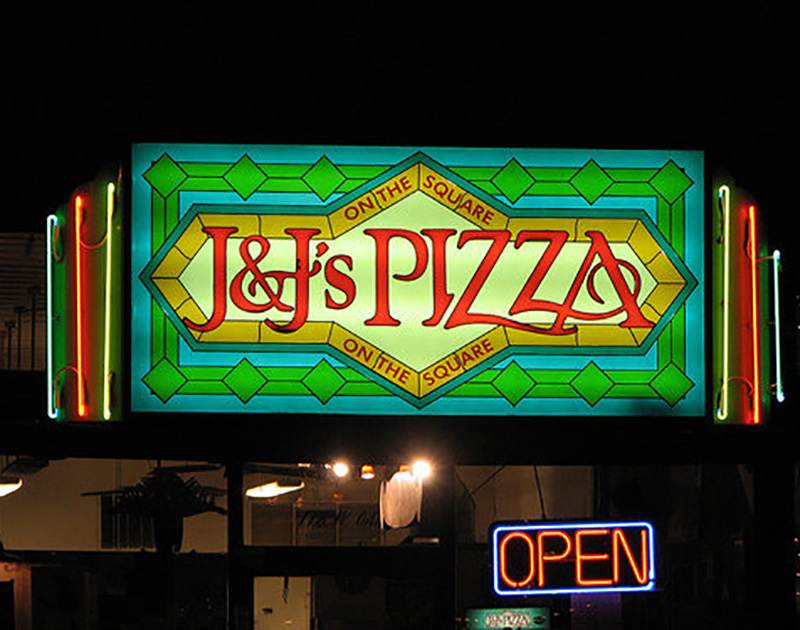 After Closing In August 2016, The Stage Affectionately Known As “The Ol’ Dirty Basement” At J&J’s Pizza On The Square Will Reopen.

But that stage is going to be back on the table after tomorrow night, as the Ol’ Dirty Basement on the Square will reopen to host the Denton Comedy Festival 2.0 where Josh Johnson will co-headline with a special super secret headliner.

The pizza joint slyly posted this very simple message on its Facebook page last night, indicating that there will be more shows to come after Friday:

Dentonites sure seem to be loving the news too, as the post has garnered more than 300 likes and almost 200 shares in less than 24 hours.

That’s easy to understand. Why not celebrate this win, which comes after a period of two years during which the college town lost Rubber Gloves Rehearsal Studios, Oaktopia Music Festival and Hailey’s Club?

When news first started to circulate last year that the basement at J&J’s Pizza would close, people initially thought it was going to be a temporary shutdown, with owners supposedly closing the basement to make renovations. But the moved was then announced as a permanent change — well, until last night.

There’s no clear word right now if any renovations were actually made to the spot, but we’re guessing we’ll all find out for sure tomorrow night. As for why the spot is returning, we’ve reached out to J & J’s for comment, but have yet to receive an answer. We’ll update this story if and when we get one.

Either way — and this should maybe go without saying — if you’re planning on heading out for tomorrow’s free comedy show, you’d better make sure to show up early, since you know that Denton crowd is gonna be right and ready to storm down the basement stairs after gorging on some average pizza, if only just to say they did.