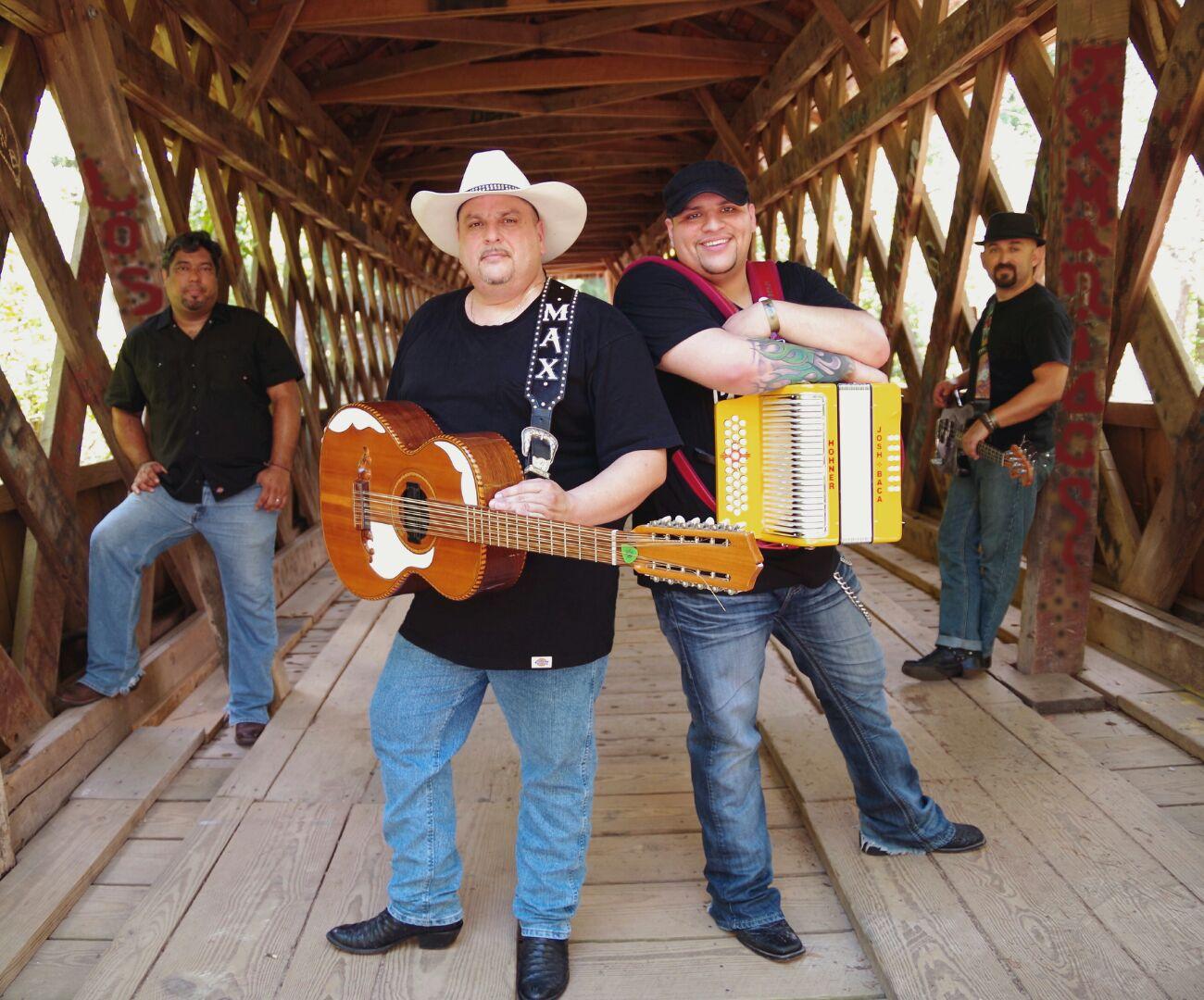 Grammy award winners Los TexManiacs, plus the legacy artists that are Flaco Jimenez & Augie Meyers put a little TexMex Flavor in your Holiday season. The Texas Music legends will

Grammy award winners Los TexManiacs, plus the legacy artists that are Flaco Jimenez & Augie Meyers put a little TexMex Flavor in your Holiday season. The Texas Music legends will be performing all their hits along with Holiday favorites spiced with a TexMex twist!

Over the years, Max Baca & Los Texmaniacs have established themselves as the most recognized Conjunto band in the world, delivering a traditional style fused with modern rhythms to deliver a unique and infectious brand of Conjunto. The band is led by premiere “first call” bajo sexto player, Max Baca. Max has recorded on 11 Grammy winning recordings including The Rolling Stones “Voodoo Lounge”, Los Super 7, Texas Tornados, etc. During 2009, Los Texmaniacs were selected by Smithsonian Folkways to document Conjunto as a form of American Roots & Folk music. The subsequent recording titled Borders y Bailes earned a GRAMMY in 2010.

Since 2013, Max and the band have focused heavily on stretching the boundaries of Conjunto both musically and globally touring Worldwide. Los Texmaniacs were designated “cultural ambassadors” by the city of San Antonio, Texas. They have performed in Russia (two tours), China, Switzerland, and Argentina. The band has just completed mini tours of Canada, Italy, Hawaii, and was a co headliner with The Chieftains at Hong Kong World Music Festival in November of 2015.

FLACO JIMENEZ
Few if any artists in conjunto and Tejano music have received the level of critical acclaim Flaco Jimenéz has enjoyed over the course of a career that’s spanned six decades, and it’s certain that no one has taken the accordion-fueled Tex-Mex sound to a larger audience than he has. Without compromising his musical vision, Jimenéz has introduced the traditional conjunto sound to mainstream pop and country listeners thanks to his collaborations with the Texas Tornados, Dwight Yoakam, and the Mavericks, and he is celebrated by adventurous rock fans through his work with Ry Cooder, Carlos Santana, Doug Sahm, and the Rolling Stones.

Flaco Jimenéz was born in San Antonio, TX in 1939, and raised in a musical family; his grandfather Patricio Jimenéz was an accordion player who embraced the polkas and waltz tunes that are conjunto’s stylistic precursors, and Flaco’s father Santiago Jimenéz, Sr. was a pioneering Tex-Mex musician who cut one of the first conjunto records, “Dices Pescao” b/w “Dispensa el Arrempujon” in 1936. Flaco’s first instrument was the bajo sexto, a Mexican variation on the 12-string guitar which he started to play at age seven, but after he became proficient enough to join his father on-stage, Flaco’s interest turned to the accordion, and he developed a joyous, expressive style that was influenced by zydeco master Clifton Chenier as well as his father and his Tex-Mex peers. At 15, Jimenéz formed his first band, Los Caporales, and the group soon won a sizable following in San Antonio, cutting records for a local label and earning a weekly spot on a local television variety show.

By the early ’60s, Jimenéz was already a Texas legend, playing clubs across the Lone Star state and regularly filling dance halls in San Antonio with music that fused the classic Tejano sound with elements of blues and country. Jimenéz gained a loyal fan in Doug Sahm, founder of the Sir Douglas Quintet and a fellow Texas maverick with a taste for crossbreeding rootsy sounds, and in 1973, when Sahm was recording his first solo album for Atlantic Records, he invited Flaco to join him for the sessions (which also included guest spots from Bob Dylan and Dr. John), giving him his first serious recognition outside of the Tejano scene. In 1976, Ry Cooder included Flaco on his album Chicken Skin Music, and the groundbreaking folk and roots music label Arhoolie Records released Flaco Jimenéz & His Conjunto in 1978, finally giving his own music distribution outside of the Southwest.

Jimenéz continued to record and tour extensively, broadening his reach across the country and around the world, and in 1988 Dwight Yoakam brought Flaco into the studio to add an accordion part to a duet he recorded with Buck Owens. The tune, “Streets of Bakersfield,” became a major country hit, and as Flaco joined Yoakam on tour, he found himself a rising star at the age of 49. In 1989, Jimenéz and his old friend Doug Sahm teamed up for a new project with country legend Freddy Fender and fellow squeeze box man (and one of Sahm’s partners in the Sir Douglas Quintet) Augie Meyers; calling themselves the Texas Tornados, the band scored a deal with Reprise Records and they hit the charts with a re-cut of Meyers local hit “(Hey Baby) Que Paso.” A track from the Texas Tornados’ debut album, “Soy de San Luis,” won a Grammy as Best Mexican-American Performance of 1991, and it would be the first of five Grammys Flaco would receive before the decade was out. Now that Flaco was a bona fide star, he signed with Warner Bros. and released a 1992 solo set, Partners, which included guest appearances from Linda Ronstadt, Emmylou Harris, and Los Lobos. In 1994, the Rolling Stones tapped Flaco to add an accordion solo to their album Voodoo Lounge, and the same year Jimenéz released a self-titled solo set for Arista, a rootsy effort that included vocals from Raul Malo of the Mavericks. A year later, Jimenéz and Malo appeared on record together again when Flaco added a hot accordion solo to the Mavericks’ “All You Ever Do Is Bring Me Down” from their album Music for All Occasions, which once again brought Flaco’s sound to the upper reaches of the country charts. 1996 saw the release of the last studio album from the Texas Tornados, but Jimenéz joined up with another super-group in 1998, Los Super Seven, a collection of top Latin American musicians including members of Los Lobos and Joe Ely.

Since then, Jimenéz has continued to maintain a busy recording and touring schedule that would tax men half his age as he upholds his status as one of the world’s leading ambassadors of Tex-Mex music.