Is All The Money In The World Worth The Trouble? 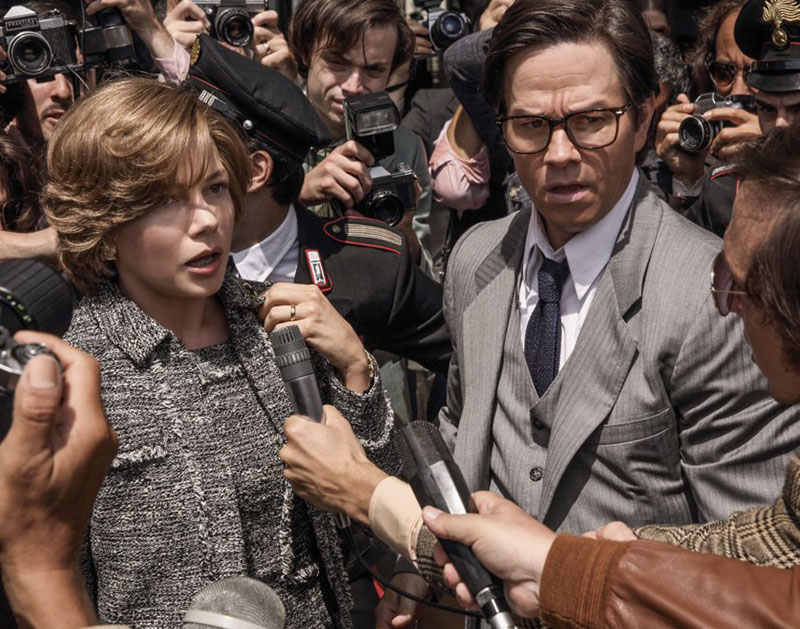 It Cost Ridley Scott Millions To Re-Shoot His Thriller About The Value Of A Ransomed Life. Beyond Adding Rich Irony To The Tale, Does That Effort Pay Off?

All the Money In the World.
Director: Ridley Scott.
Writers: David Scarpa, based on the book by John Pearson.
Cast: Michelle Williams, Christopher Plummer, Mark Wahlberg and Charlie Plummer.
Opens: Wide on Christmas.

The artistic process is a mysterious one.

Unfortunately for movies, due to the amount of money and talent needed to make one, that process usually becomes public knowledge. Indeed, tales of movies with troubled productions have plagued Hollywood since the beginning of the medium. Sometimes the tumultuous behind-the-scenes stories become bigger than the movie itself —  as with Cleopatra and Dune. Other times, it actually helps the movie (see: World War Z, Mad Max: Fury Road) by lowering expectations through reveals of rewrites, lost funding or other issues.

With its now-famous replacement of its scandalized former lead actor Kevin Spacey with Christopher Plummer, Ridley Scott’s All The Money In The World has without a doubt become one of those films where its reputation will be shaped by the story surrounding its production.

But does that story float the film or sink it?

A somewhat surprising addition to the Ridley Scott canon, All The Money In The World feels in many ways as if it’s a continuation of this year’s Alien: Covenant thanks to its cold look at humanity — only, instead of a malevolent android, the villain here is the cold-hearted J. Paul Getty (Plummer, but once Spacey), who was at one point the richest man in the world.

After Getty’s grandson, Paul (Charlie Plummer, no relation) is kidnapped by Italian crooks for ransom, the billionaire famously declares he will not pay the ransom. Is it because he’s cheap? Or is he avoiding setting a bad precedent by paying the ransom, thus protecting his other 13 grandchildren from being kidnapped?

That’s the question at the heart of this based-on-real-events film, which centers around the conflict between Getty and his former daughter-in-law Gail (Michelle Williams, doing a bizarre old Hollywood accent), who has no money but all the conviction in the world to return her son to safety. While Gail goes to Italy and does interviews with the local media there to appeal to the kidnappers, Getty keeps on checking his stock tickers and buying precious artworks that cost as much as his grandson’s ransom. To be fair, Getty doesn’t totally ignore the issue at hand; but, rather than directly handle it himself, he tasks his security man, Chase Fletcher (Mark Wahlberg) with getting his grandson back as quickly, cheaply and quietly as possible.

What makes this movie a bit of a hard watch is that it’s not too interested in its characters. We never really care for Paul’s safety despite the fact that some gruesome stuff happens to him along the way. Even Williams, with her always superb acting chops very much in play here, elicits very little emotional response. In this day and age when millionaires and their political cronies very much appear to be running this country, it’s hard to feel bad for an old white guy and his bratty grandson.

To his credit, Scott seems more interested in using his film to explore concepts of value in the formal economics, and how that applies to the real world. When you do anything or buy anything, you’re assigning a value to that action or object — but, this film posits, most people don’t realize this. Getty, on the other hand, very much does understand this — that awareness is the source of his continued wealth, at least in part — and every decision he makes throughout the film seems meant to back up the fact that this man spends his life determining the value of everything he encounters. Getty very much looks at humans from a distance in the same way that the android David did in Covenant; he knows all too well that money makes people act irrationally, and he has so much of it that he believes that those who have less of it than he does — which is, well, everyone — is less capable of thinking rationally. More than money itself, it’s this approach to wealth that he believes gives him an upper hand in life.

But does it, really?

Without completely spoiling that answer, let’s just say that the lesson Scott aims to impart with this film is the direct opposite of the one he shared in Covenant.

It’s fitting, perhaps, that it’s also a lesson that Scott himself may have had to learn the hard way when he tasked himself with replacing Spacey with Plummer as Getty and re-shooting every seen in which that character appeared over the course of just nine days, blowing an additional $10 million in the film’s budget in the process.

Some lessons, it turns out, are better learned in real life than in advanced economics textbooks. It’s just a shame that those ideas are presented here in a film where the characters feel so distant.

But, then again, maybe that’s the point.