The Thirstiest Cities In North Texas. 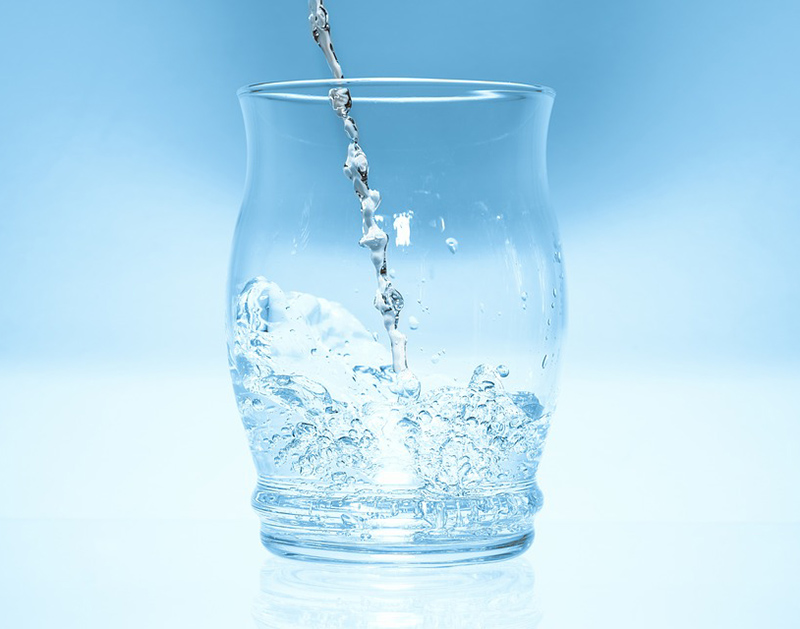 Hot Cities In Your Area Are Looking For Ways To Grab Your Attention, More Tax Revenue And – If They’re Really Lucky – You.

The cluster of cities we broadly refer to as the Dallas-Fort Worth area are growing at an impressive rate. Populations are skyrocketing and the fight to lure new businesses, residents and attractions can be boiled all the way down to this: these cities are thirsty.

Now, there are worse things than being thirsty, but it’s hard to knock someone trying to make themselves more appealing in order to become more datable, and it’s hard to knock cities for trying to make their communities more attractive for potential new residents and business opportunities. Still, ambition sometimes leads to cities being awfully generous, clumsily transparent, or just too eager to know what’s good for them.

Of course, future growth for North Texas cities may demand a level of thirstiness we can’t even imagine yet. Assuming it survives court challenges, the anti-sanctuary cities bill pushed through by Gov. Greg Abbott and state lawmakers will allow for new levels of discrimination against immigrants and minorities. Lt. Governor Dan Patrick is still desperate to inspect your junk before you can use the a public restroom.

And if these measures continue to bruise our state’s image, even the most valiant attempts to grow as cities could fall short in tomorrow’s parched economic and social landscape.

Situated about halfway between Dallas and Fort Worth is a stretch of I-30 dominated by roller coasters, water slides and restaurants. If you look carefully, you might even see sports stadiums in the near distance (though you really shouldn’t be craning your neck to see anything other than the road while you’re driving). Arlington, now christened “The American Dream City” by current mayor Jeff Williams, is home to Six Flags and Hurricane Harbor. It’s also the home of the Dallas Cowboys’ AT&T Stadium and the Texas Rangers’ Globe Life Park in Arlington. With two professional sports teams and a couple of amusement parks, the city’s not hurting for tourist dollars. It was also the home of WrestleMania 32, which put the city in play for some big money. Williams is in support of revamping Arlington, with major construction projects underway to make the city that much more appealing for visitors. One thing the city doesn’t have to worry about? Visibility. Seriously, you have carnival rides looming over drivers, it’s a bit tawdry. Still, it would be a damn lie if someone said they didn’t get a little excited when catching a glimpse of a roller coaster track peeking out over the freeway.


Dallas has its waterlogged efforts to transform their stretch of the Trinity River into something economically and culturally significant, but it’s not alone – Fort Worth has been pursuing its own big money project to build three bridges over dry land along the Trinity. The hope is that the investment will lead to a new hub of entertainment, dining and residential spaces. Fort Worth is also enjoying developmental support from engaged groups like Trinity River Authority and Near Southside, Inc., which is working on its own developments in the Near Southside area. And on a somewhat smaller scale, Ridgmar Mall in west Fort Worth is attempting a comeback with the help of SeaQuest Interactive Aquarium. Will Ridgmar’s splashy aquatic investment pay off? Is the development of Trinity River enough to quench Fort Worth’s thirst for growth? Is this deliberate use of water-based examples in an article using the word “thirstiest” inspired or just labored?

Plano Will Get Around to Dealing With Its Growing Pains, Seriously, Everything’s Going to Be Fine

Plano is a hot spot for businesses and families looking to settle down. The town recently made waves after securing a new Toyota plant, which will bring in literally thousands of new jobs. That’s great! Well, it’s great as long as you’re not the person scrambling to find an affordable home in Plano or the long-suffering commuter driving through Plano. As the city’s growth threatens to overwhelm its infrastructure and available housing, officials are working on efforts to alleviate the pressure from these growing pains. And when that’s all settled, Plano can take in even more residents and even more companies, only to find it necessary to do something about the new infrastructure pinch that this additional growth creates and then just settle into that cycle, growth-development-growth-development, as the years stretch beyond the horizon, and finally, into the abyss of eternity.

Say Yes to Dallas is pushing millennials to give our fair city a fair chance. It promotes Dallas’ thriving cultural and entertainment scenes, touts the employment opportunities available, and the relatively low cost of living, but it has the thirstiest name imaginable. Based on its thirsty as hell name alone, Say Yes to Dallas is like a guy who introduces you to his parents through his Tinder profile. No one wants a needy city in their life, Say Yes to Dallas, even if you did get Mark Cuban to star in a promotional video.


Before she would go on to ride a wave of ugly Islamophobia to national attention, then-mayor Beth Van Duyne arguably mishandled a conflict over the development of a Las Colinas entertainment complex. Actually, she “arguably” mishandled it to the degree that it might have played into Jerry Jones’ decision to move the Dallas Cowboys practice stadium out of Irving and into Frisco. Van Duyne was able to bounce back professionally by capitalizing on rising anti-Muslim sentiments among constituents because that’s unfortunately something you can do in America. By the way, Van Duyne left the mayoral work behind to join the Trump administration in probably the least shocking political development of these last few terrible years. Meanwhile, the emptying of the Valley Ranch offices cut down on revenue for the city and hurt nearby businesses. The city appears to be bouncing back in a big way as there’s a $1 billion undertaking in the form of the Hidden Ridge mixed-use development being built, which includes a 10-story office building for Pioneer Natural Resources. Irving put close to $6 million in incentives to help secure a deal for the development.

Frisco’s population growth is astounding – the town was just shy of 34,000 residents in 2000, but now serves as home for close to 165,000 people. The town also holds offices for several major companies, as well as the nation’s only dedicated video game museum,and the Dallas Cowboys’ The Star practice facility. If you want to get a sense of how much is happening in Frisco, but you’re a little pressed for time, you can check out the city’s gaudy-but-still-remarkable $5 Billion Mile. On a one-mile stretch of road, Frisco houses mixed-use facilities that account for $5 billion in investment capital. It’s a showy name for an impressive street, one that would be the envy of many cities.

Allen Gets All Up in Plano’s (Tech Firm) Business

Allen, TX recently secured a deal to welcome a regional office and research facility from NetScout Systems Inc, which comes to them all the way from…the next town over. The Massachusetts-based firm was lured away from Plano, and will take up residence in a facility set among Allen’s recent mixed-use developments. According to a Dallas Morning News article about the move, Allen officials are using the rising rental prices and increased crowding of other growing cities to make itself look more attractive by comparison. It’s a painfully thirsty tactic, but an apparently effective one.

McKinney Should Maybe Take Some Time to Work on Itself

McKinney, like Frisco, has seen a population boom. It’s filling up with residents and it’s securing modern jobs for modern workers; gaming studio Playful Corp only just inked a deal to open up a new headquarters in the city’s downtown area with — of course —  economic incentives from the city. However, even as publications were starting to gush over the quality of life to be found in McKinney, there were unspoken hostilities that would bubble up to the surface. In 2015, an infamous recorded encounter took place where former McKinney police officer Eric Casebolt forcefully tackled and pinned down a teenage girl, Dajerria Becton, during an attempt to break up a neighborhood pool party. While Casebolt escaped criminal charges, civil litigation surrounding his actions are ongoing. The incident drew national attention, putting the town, and its residents, under a microscope. McKinney’s growth hasn’t faltered and that hopefully means some of the ugly, retrograde attitudes exposed by the controversy will be pushed out — as there’s reason to believe that the white residents who called to complain about the teens’ pool party were wrong to allege that black teens at the pool were trespassing. And if you’re going to keep chasing as many new residents and businesses as you can, McKinney, maybe take some time and work on yourself, so that those new people and companies aren’t getting tangled up in a den of unchecked privilege and outright racism.

The Colony really, really wanted to be the home of Nebraska Furniture Mart. After the company studied several spots in Collin County, The Colony secured the vast shopping center thanks to an incentive deal for roughly $800 million that’s set to be distributed over the course of 40 years. This jaw-dropping arrangement will certainly help Nebraska Furniture Mart’s parent company, Berkshire Hathaway, and that company’s scrappy owner, Warren Buffett, a newcomer to the business world who currently only holds a meager $70+ billion dollars to his name. Hopefully this is just the shot in the arm he needs to get his little business off the ground.