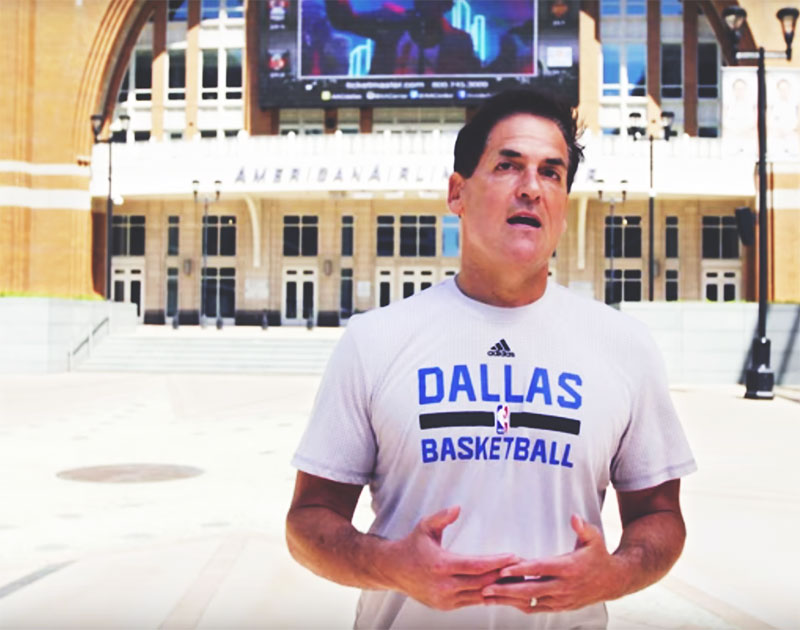 The Billionaire Has Teamed Up With The Dallas Regional Chamber’s “Say Yes To Dallas” Campaign To Attract More Young People To Town.

He may be bringing Dennis Smith Jr. to Dallas, but a youth movement for the Dallas Mavericks isn’t enough for the team owner, it seems. Today, the Dallas Regional Chamber published the below video featuring the Shark Tank shark talking about why he thinks Dallas is amaze-balls for young people:

The video comes as part of the Dallas Regional Chamber’s new “Say Yes To Dallas” campaign, which is aimed at attracting young and recent college grads to move to Dallas.

Says Cuban in the video: “If you’re young and you’re getting ready to start a business, no matter where you live in the world, I’d say, ‘Come to Dallas,’ because it’s friction-free, it’s really quick, simple and easy to start a company. There’s just a different work ethic here.”

The “Say Yes To Dallas” campaign is an effort to re-brand Dallas as a modern city, according to what Dallas Regional Chamber president Dale Petroskey told the Dallas Business Journal in April.

“Perceptions of a place lag what’s going on there right now,” Petroskey said in that interview. “We need to do a better job of telling the story of Dallas today. And Dallas today is in many ways a young person’s town. It’s much more hip than it used to be.”

Some of the numbers the Dallas Regional Chamber is using in its own literature to promote Dallas as a “pull city” aren’t exactly encouraging.

Regardless, Cuban does make a few good points in his pitch. The Dallas area is indeed home to a slew of tech companies, and it was ranked in the top seven cities for millennial relocation in 2016, behind only San Francisco, Chicago, New York City, Washington D.C., Seattle and Los Angeles.