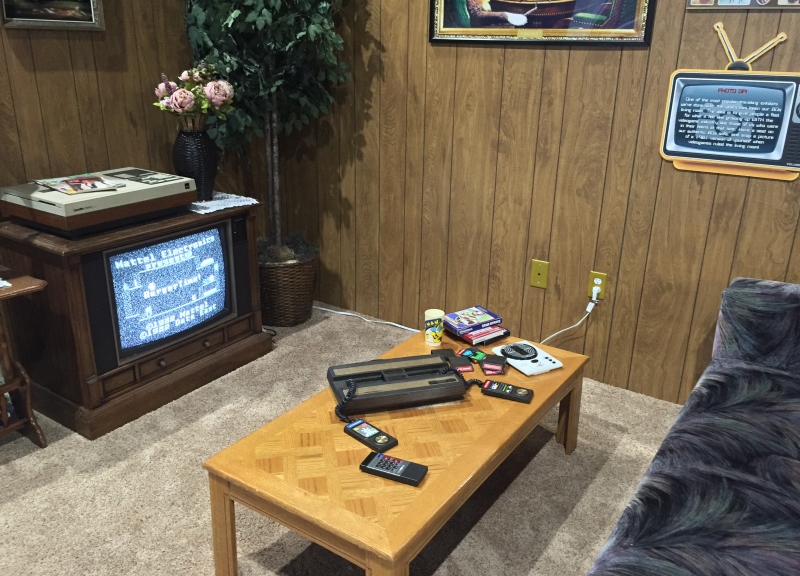 How Did Frisco Land The Country’s Only Dedicated Video Game Museum?

On April 2, North Texas officially became the home of the only dedicated video game museum in the United States.

If you’re an unabashed gaming fan, the significance of this ought to be self-evident. For the nay-sayers who still prefer to turn up their noses at gaming, you have a stake, too: Video games are big business, and having ties to the industry in your area can be very kind to your city’s coffers.

Per a 2015 piece in Fortune, video game companies in Texas made an economic contribution of more than $750 million to the state. That figure, of course, is spread throughout Texas. But the DFW area currently has more than 30 game development studios — so we’re presumably collecting at least a >decent share of that money, especially since National Videogame Museum co-founder Sean Kelly puts the number of area studios closer to the 50-plus mark.

To that end, the National Videogame Museum in Frisco is more than just something fun to check out on the weekend or some new tourist draw. Its presence helps build a case for North Texas being a legitimate hub for gaming, and it could make us more attractive to developers looking for a new home. Yeah, DFW is already home to one of the big breakthroughs in gaming — the first first-person shooter Wolfenstein 3D was developed here — but that doesn’t mean we’re foremost in people’s minds.

As Kelly notes: “When you think of Texas and technology, most people think Austin.”

In other words: North Texas probably wasn’t the likeliest contender in the fight for the right to host the NVM. Indeed, Kelly and his partners (John Hardie and Joe Santulli) were originally interested in setting up a permanent exhibit in the Silicon Valley region, with an especially keen eye on the town of Sunnyvale, the original home of Atari. But a fateful meeting with Gearbox Software CEO Randy Pitchford pulled them in the direction of Frisco, and the city, keen on snagging the museum, was willing to be an active partner in helping them finally put down stakes in a central location.

There’s more to say about the significance of the museum being in DFW — and, more specifically, in Frisco — but I can’t justifiably go on any longer without mentioning that the museum itself is extremely fucking cool.

I’ll risk tarnishing my steely journalistic reserve here and admit to feeling borderline giddy during my recent tour of the museum. Before entering, I would have categorized my interest in video games as approximately lukewarm. But NVM has a way of cracking open your head and shaking out every fond association you have with classic games, characters and consoles. (I even went so far as to name this article after GamePro, a now-defunct gaming magazine I hadn’t thought about in years, but one that I read religiously as an, admittedly, not very cool kid.)

The museum’s collection is a mix of the iconic and the archaic, with relics and abandoned prototypes on display alongside some of the most recognizable pieces of video game history. There’s a towering and functional game of Pong directly to your left when you walk into the museum. There’s a row of classic consoles that you’re allowed to use. They have a digital library that recounts the histories of more than 50 consoles, a few of which are over four decades old.

There are also interactive displays, information on game history and design, an installation talking about the early economic bust that nearly capsized the emerging game industry, and a lovingly nostalgic arcade area with era-appropriate music and token-operated machines.

But back to the original question: How did Frisco, of all the places in North Texas, manage to land the National Videogame Museum? You’d assume that something this consequential in the area would have been gobbled up by either the D or the FW. Mostly, it boils down to ease, Kelly says.

“This building we’re in [the Frisco Discovery Center] is owned by the city and they renovated it to our specs,” he notes. “We couldn’t have done it without them.”

Basically, with money, effort and an unofficial cheerleader for the town in Pitchford, Frisco landed the first-of-its-kind museum — and bolstered its image as a city that can be very good to the players in the tech industry.

As the sprawl to the north of Dallas continues to grow and surrounding cities develop more clout and attract more business, we should probably start thinking critically about how this shift of money and resources might affect us. It’s already on the minds of some people: One of the stated motivators of the massive redevelopment at Valley View Center, for instance, is the desire to slow down this movement away from Dallas.

But while there are dozens of game development studios in the region, many of them are located in suburban areas. No, it’s not like video games are the beating heart of our economy, but it is a popular and successful industry. The gaming sector has jobs that people want, and it can generate income that cities need. The competition for these businesses doesn’t appear to be lost on the suburbs, either; Gearbox was lured from Plano to Frisco just last fall.

It’s not necessarily a bad thing that cities around Dallas are landing these companies — they support the North Texas region as a whole, and there’s no way of proving that studios that choose places like Plano or Frisco would have otherwise come to Dallas proper. But the National Videogame Museum hadn’t even considered Texas before being introduced to Frisco. And the town deserves to be lauded for making the most of a great opportunity. It’s a move that could mean big bucks coming into the area. Consider this: Grand Theft Auto V generated an estimated $1 billion in revenue within the first three days of its release — a staggering sum collected in the equivalent span of a holiday weekend, all for one game. Star Wars: The Force Awakens, meanwhile, made around $529 million globally in its opening weekend. Put simply: Entertainment is a cash cow, and video games might be the prize heifer at the moment.

As much as I could drone on about the economic effects that video games can have on a city (and, oh, how I could drone on), it might be more fun to focus on the National Videogame Museum itself, and how you really need to check out this informative and truly kick-ass space. Learn here about history’s forgotten consoles — maybe you remember the Sega Dreamcast, but see how much you know about the Atari Jaguar, or the 3DO. Feel here the tug of nostalgia as you sit down in the lovingly recreated Early ’80s Bedroom. Play here the giant game of Pong, and see if you can get comfortable with a control knob the size of a steering wheel. (I was never able to but, hey, I still had fun).

Take it all in. It’s really terrific.

Then, on the way home, think about how you had to drive to Frisco to check it out. Think about how our suburbs are growing rapidly, and attracting not just affluent citizens, but also desirable, thriving companies. Think about what that loss of people, work and money means for the people who stay here in the face of fewer resources and opportunities. Consider how the city has to serve these people’s needs while missing out on important revenue.

Depending on how far away you live from Frisco, you could have a nice long drive to mull all that over.

I mean, maybe I’m just suffering from some kind of regional-economic paranoia. But if Frisco pulls off more big scores like this, they might eventually produce enough leverage to make us add another “F” to DFW. 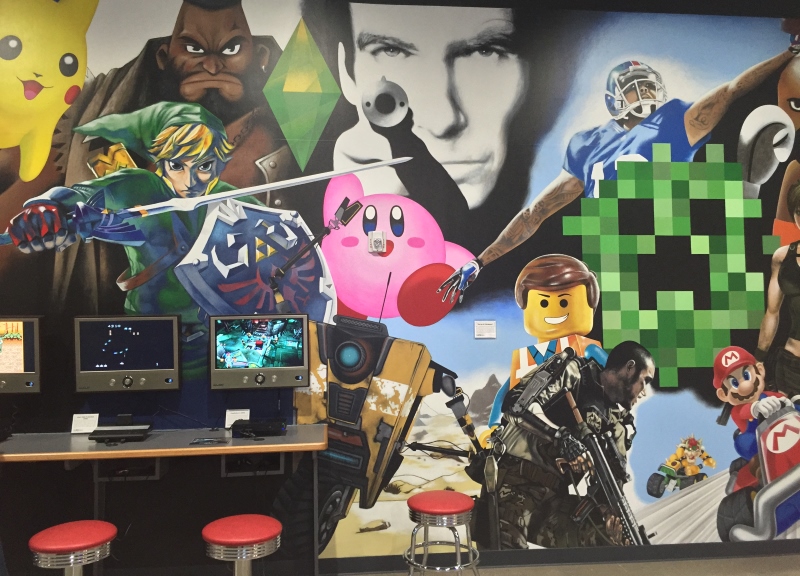 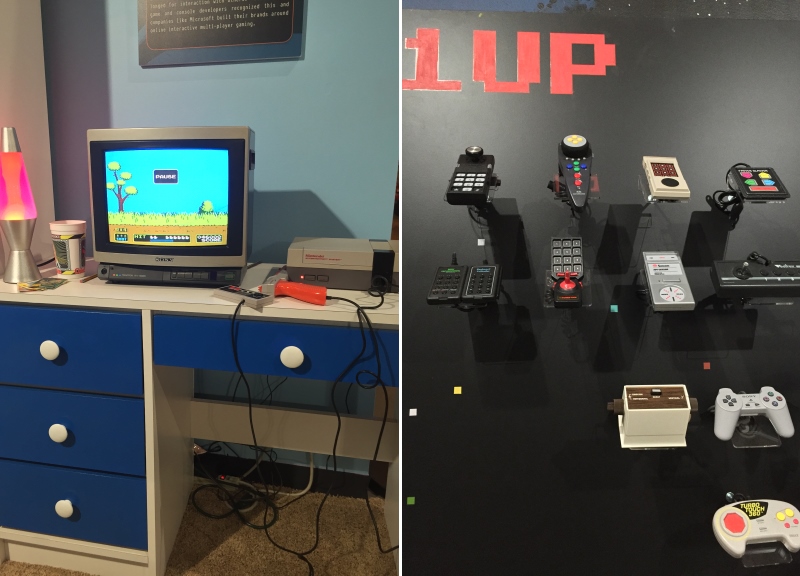 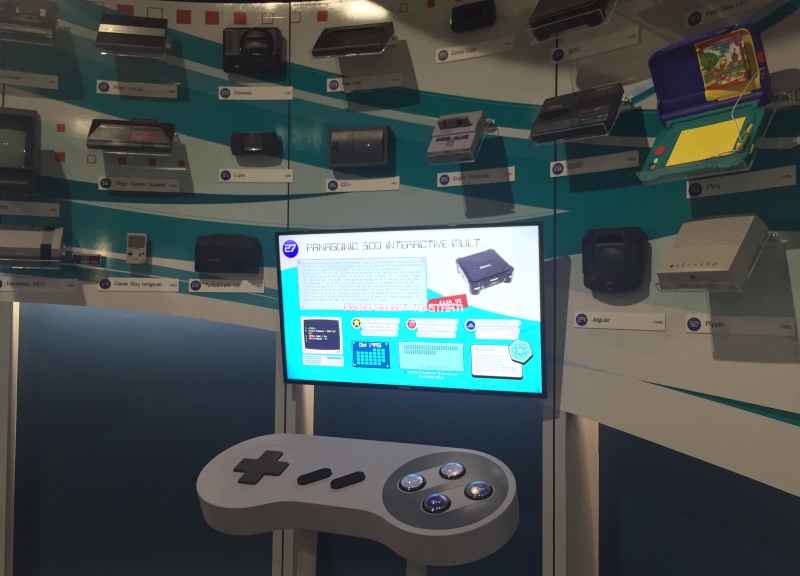 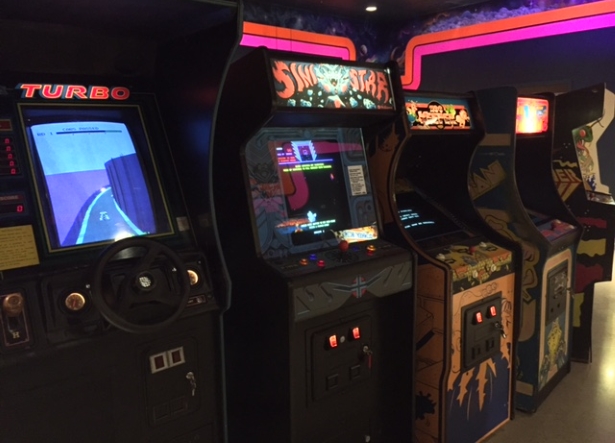 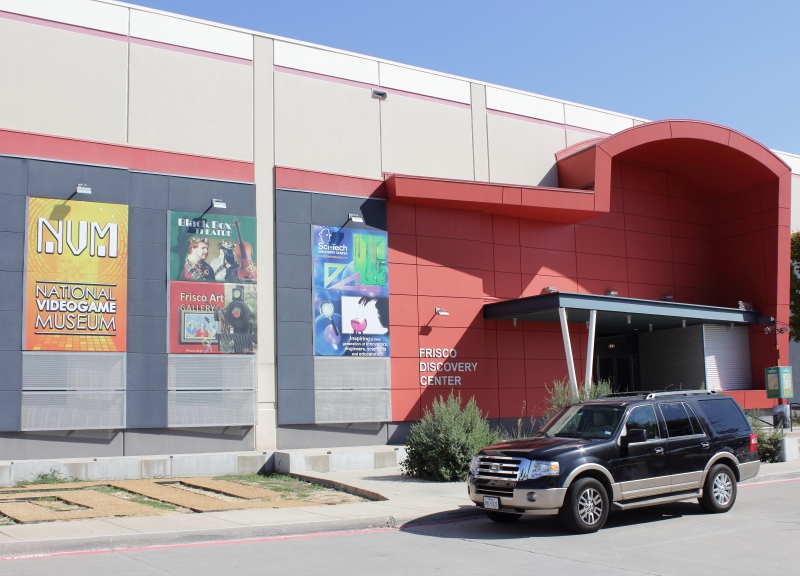