The Spread: Trompo Opens Up A New East Dallas Spot. 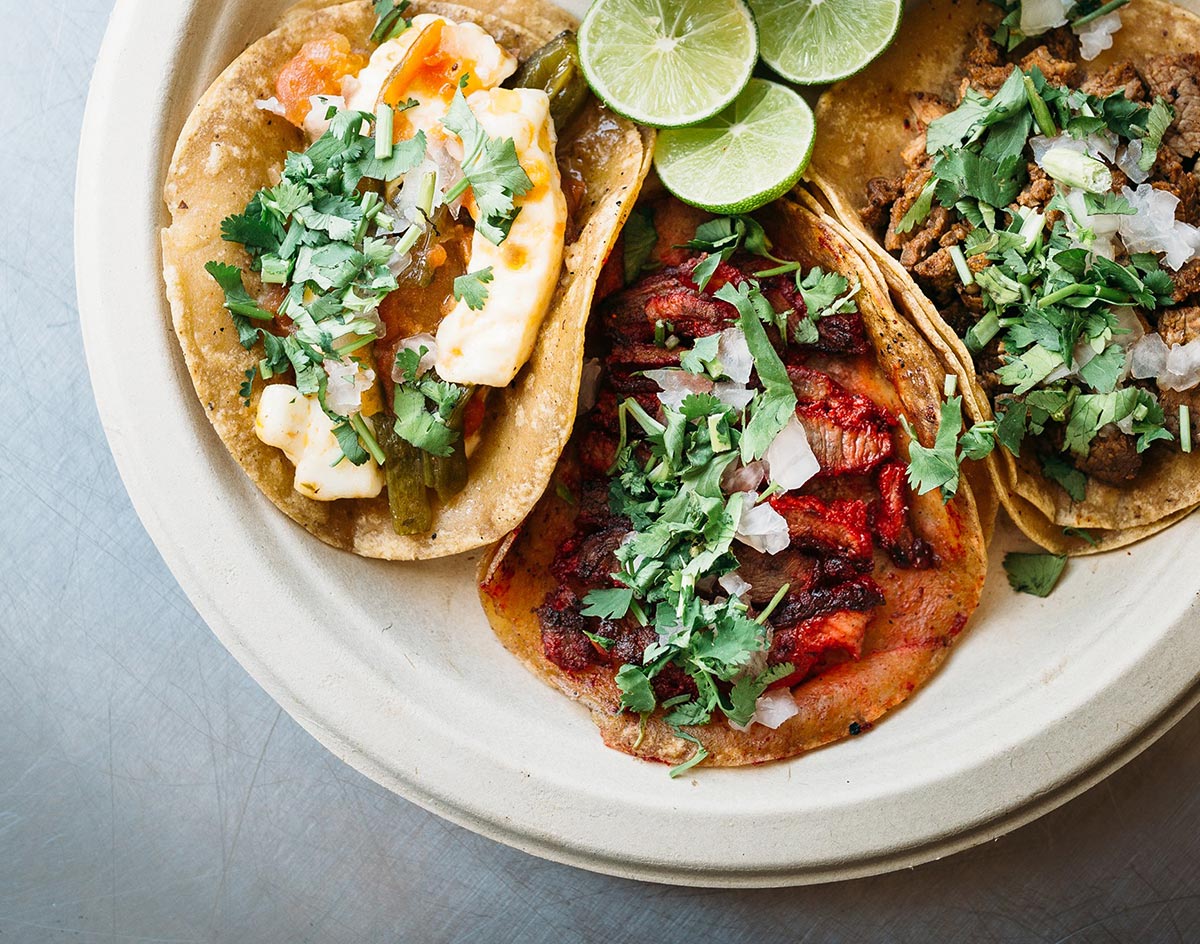 This week, some of North Texas’ favorite spots have their eyes toward expansion — both near and far.

First up, there’s Luis Olvera‘s acclaimed taqueria Trompo, which has finally opened its long-awaited East Dallas location, where it’s offering tacos, quesadillas and elotes in a minimalist setting — kind of similar to its flagship in Oak Cliff location. According to Dallas Observer, the Gaston Avenue location will also offer sandwiches, including a slow-cooked pork torta and a larger version of the Trompo slider.

Meanwhile, arriving to Oak Cliff is Chip’s Old Fashioned Hamburgers, which will be opening its fourth location in a Beckley Avenue gas station. According to Dallas Observer, the Lovers Lane favorite’s new spot has a “now hiring” sign out on the storefront, indicating that it may open within “weeks, not months.”

In other Oak Cliff news, CultureMap notes that Rush Patisserie has closed its storefront following a freak accident caused by a “big dumb SUV” crashing into the building in May. Fortunately, owner Samantha Rush was not in the building at the time, and has been able to keep Rush alive through selling custom orders and offering her pastries at both Drip Coffee locations.

Over in Deep Ellum, the long-awaited casual steakhouse Cheapsteaks has finally opened in the space formerly occupied by Stonedeck Pizza. As its name suggests, Cheapsteaks offers affordable cuts of steak, along with cocktails, live music and more. While diners may raise their eyebrows at $20-and0under steak plates, don’t be fooled: With Israel Fearon (Smoke, Hotel St Germain, The Porch and Neighborhood Services) running the kitchen, the spot hopes to flip the pricier-means-better notion perpetuated by the Salt Bae types of the world.

Right across the street from Cheapsteaks, it looks like the beloved Deep Ellum doughnut spot Glazed Donut Works has quietly opened back up. According to a post on the shop’s Facebook page, Glazed customers can now pay for signature items — like the Monte Cristdough and the donut grilled cheese with bacon — through Facebook, Instagram or at the walk-up window.

A few blocks over, meanwhile, AllGood Cafe is celebrating its 21st anniversary all month long, per a post on owner Mike Snider’s personal Facebook page. On Thursdays and Saturdays this month, AllGood will feature live music performances from the likes of Ray Wylie Hubbard, The New Bohemians, Eric Lindell and more alongside service of its beloved chicken-fried steak and other home-cooking fare. Peep their whole schedule here.

Speaking of anniversaries: The Observer notes that Torchy’s Tacos will celebrate its own 15th year in business by giving guests a chance to win a taco truck or catered taco party for 25 people, a VIP trip for two to Austin to visit their innovation kitchen and, for one lucky winner, 15 years of free tacos. Fans of Torchy’s self-declared “damn good” tacos can enter to win these prizes from now until the end of the month.

Lastly this week, let’s touch base with another beloved regional chain. As Texans, we all love our Whataburger –— but one Kansas City transplant from the region loves it so much, he’s now making good on his long-running threats to expand the franchise to Missouri. Per a Yahoo! Sports report, Kansas City Chiefs quarterback Patrick Mahomes — with the help of a group of investors called KMO Burger — is working on getting a whopping 30 new Whataburger locations to touch down across Missouri and Kansas over the course of the next seven years.

Some people just know how to score on and off the field, we suppose!

Cover photo via Trompo’s Facebook page. Got a tip for The Spread? Email us!