The Spread: Are We Surprised Dallas Loves Salt Bae? 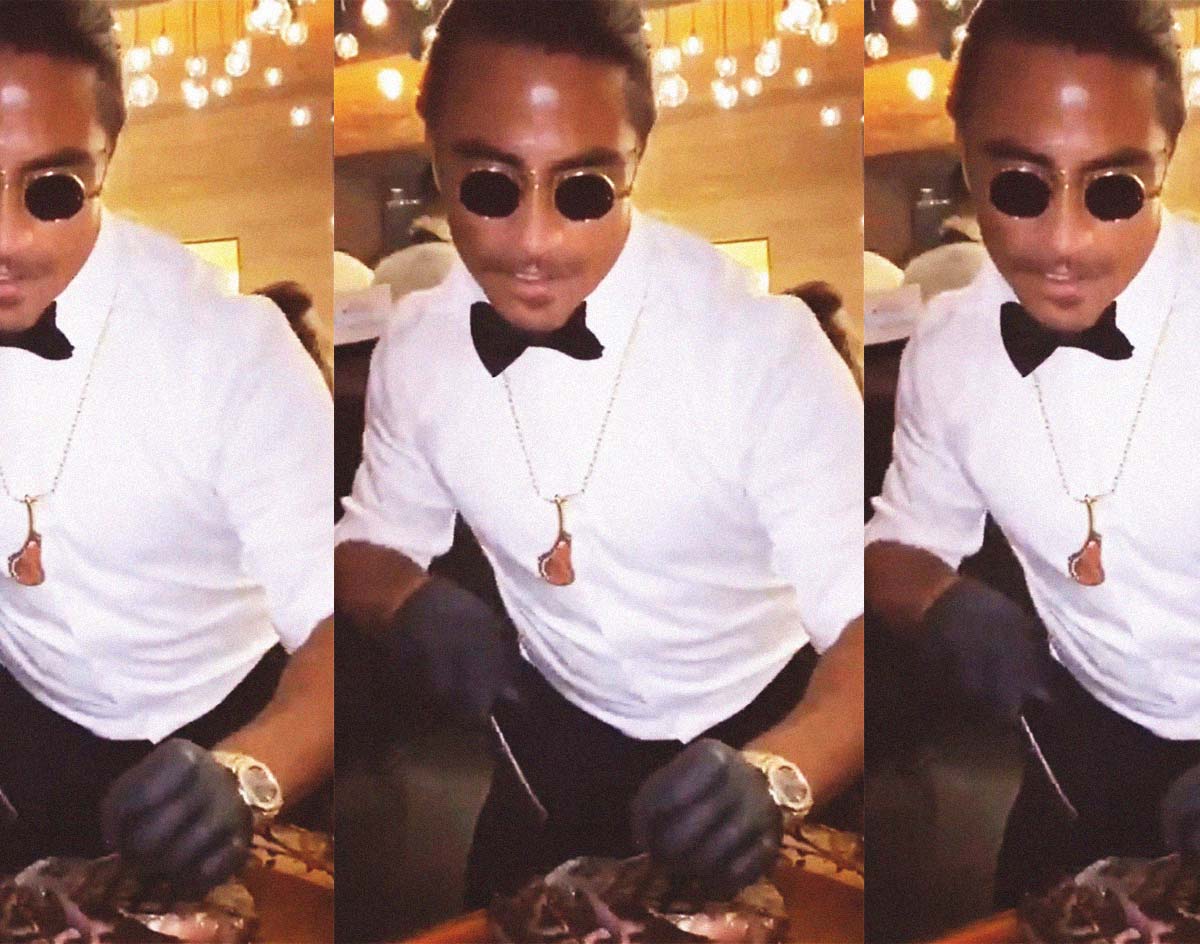 Dallas Catches Salt Bae Fever, Jamie Foxx Buys Into A Local Bourbon Brand, Serious Pizza Comes Back From The Dead And So Much More.

If your social media feeds has looked anything like ours this month, then you’ve been served up a whole lot of Salt Bae content lately — and not just for the wild videos showing the viral sensation Nusret Gökçe himself dropping forearm sweat-soaked salt onto freshly cut steaks.

Frankly, it’s been a wild couple of weeks in the headlines for the man whose meme status is to credit/blame for Nusr-Et Steakhouse‘s arrival in the Dallas Arts District earlier this month.

Since early February, we’ve known that Gökçe and his contractors have been embroiled in a lawsuit surrounding the spot’s build-out — but, as CultureMap points out, it turns out that lawsuits like these are just par for course for contractor Jim Benge, whose company is facing similar suits surrounding an inability to fulfill its end of agreements from other area entities including Mellow Mushroom, Haymaker, Stocks & Bondy and TNT/Tacos & Tequila.

Still, none of that has stopped celebrities along the lines of Bravo TV star Courtney Kerr, “That’s On Me” rapper Yella Beezy and Dallas Cowboys wide receiver Yella Beezy from visiting the establishment and boasting about it on their social media channels while Gökçe is still in town, keeping an eye on things and table-side seasoning his guest’s meats.

Must be nice to be able to afford such extravagant prices!

What the Internet really wants to know, though: Is being fed steak on a knife from Gökçe while in front of your date disrespectful?

No more so, we suppose, than getting hyped about the fact that Terrell’s own Jamie Foxx has invested in a new Dallas-based spirits company. Alas, he has done just that, recently purchasing a “significant interest” in BSB Spirits, which specializes in brown sugar-flavored bourbon, per the Dallas Morning News.

Not likely to be serving up any shots of that liquor anytime soon is the Lower Greenville bar OT Tavern, whose history of fights, noise, parking violations and even a parking lot murder has finally gotten City Council’s attention. Now, even after a short delay, that spot’s ability to stay open rests at the mercy of elected officials who are trying to curry favor with constituents in advance of upcoming May elections. It doesn’t look good!

Of course, even a bad situation can be spun into a positive PR play. Out by Love Field, Heim Barbecue learned that this month when it spun a burglary of its safe into a self-own about its own security systems and, then, a record sales day as the community rallied to support it!

Speaking of understanding one’s audience: It was clarified recently that, while the new Mi Cocina location at Klyde Warren Park won’t serve fully liquored-up versions of its famed Mambo Taxi cocktails for parkgoers to order to-go, D Magazine confirms that the restaurant will serve the traditional versions to guests who opt to dine inside of the establishment.

Not the going-out type yourself? Well, Eater notes that you can cheer a couple of your fellow locals on in an upcoming episode of Netflix‘s Nicole Byer-hosted bad-baking show Nailed It! sooner than later.

Speaking of things to look forward to, there’s a whole bunch of interesting openings on the docket for us all to have on our radars!

For starters, restaurateur Nick Badovinus (Neighborhood Services, Town Hearth, Desert Racer, Yo Lobster) is gearing up to open a new spot specifically designed as a “country club for gear heads.” As the DMN reports, his new spot Derby will be a car showroom-meets-restaurant that will find a dining room attached to “a 55,000-square-foot warehouse that will be a playplace for people who love classic cars, luxury vehicles and motorcycles.” The new spot is set to open along John W. Carpenter Freeway in April.

Even more easy on the eyes is a new spot within The National building in Downtown Dallas, which features a Michelin-starred chef and mid-skyscraper views of the Downtown Dallas skyline. The wood-fired modern Italian restaurants is called Monarch, and it opened March 10.

More of a ground person? A new food truck park at Ross and Hall has your back. Called Chuckwagon Park, the new spot promises some three local food trucks on a daily basis, per the Advocate.

One possible guest at that new spot could be a wild new food truck from former Gas Monkey Garage face Richard Rawlings. As the DMN reported, Rawlings is no longer associated with the Discovery Channel show with which he made his name, but that hasn’t stopped him from sinking $500,000 into a 42-foot-long “kitchen on wheels” that can feed some 10,000 people per day (and boasts T-shirt cannons).

A few blocks away from Chuckwagon Park, a new spot called Salad and Go is bringing drive-through salad sales to Ross Avenue — one of three new locations in the region from the growing brand.

Speaking of growth: The recently revamped Serious Pizza is back open in its remodeled Deep Ellum flagship location now that its new Milkshake Concepts (Stirr, Vidorra and Harper’s) ownership has taken over — and, per the DMN, the new team at the help hopes to open 10 new locations in the next 36 months.

Also on the comeback top? The State Fair of Texas, which says it’s currently planning to come back in 2021.

Not so fortunate is the revered East Dallas, New Orleans-style snow cone shop Ruby’s Sno Balls located at 1605 N. Haskell Ave., which announced that it won’t be back this summer.

As for other will they/won’t they drama: The Dallas Observer took stock of what Deep Ellum looked like in the wake of the mask mandate’s lifting and found that the It’ll Do Club was the only open establishment in Deep Ellum requiring masks on the second day after the mandate was lifted.

Of course, the Dallas Morning News has a very handy list of spots around the region still fighting the good mask fight. For every mask-averse spot like Eatzi’s, turns out there are countless others working in the opposite directions — including Legends Diner in Denton, which is following an Internet trend of charging “$50 if I have to explain why masks are mandatory and $75 if I have to hear why you disagree…”.

Sickening as that whole debate is, on the other hand, some traditions are welcome. Congrats to adored Dallas comfort food destination Celebration for turning 50 this month, and to the iconic Keller’s Drive-In for turning 69.