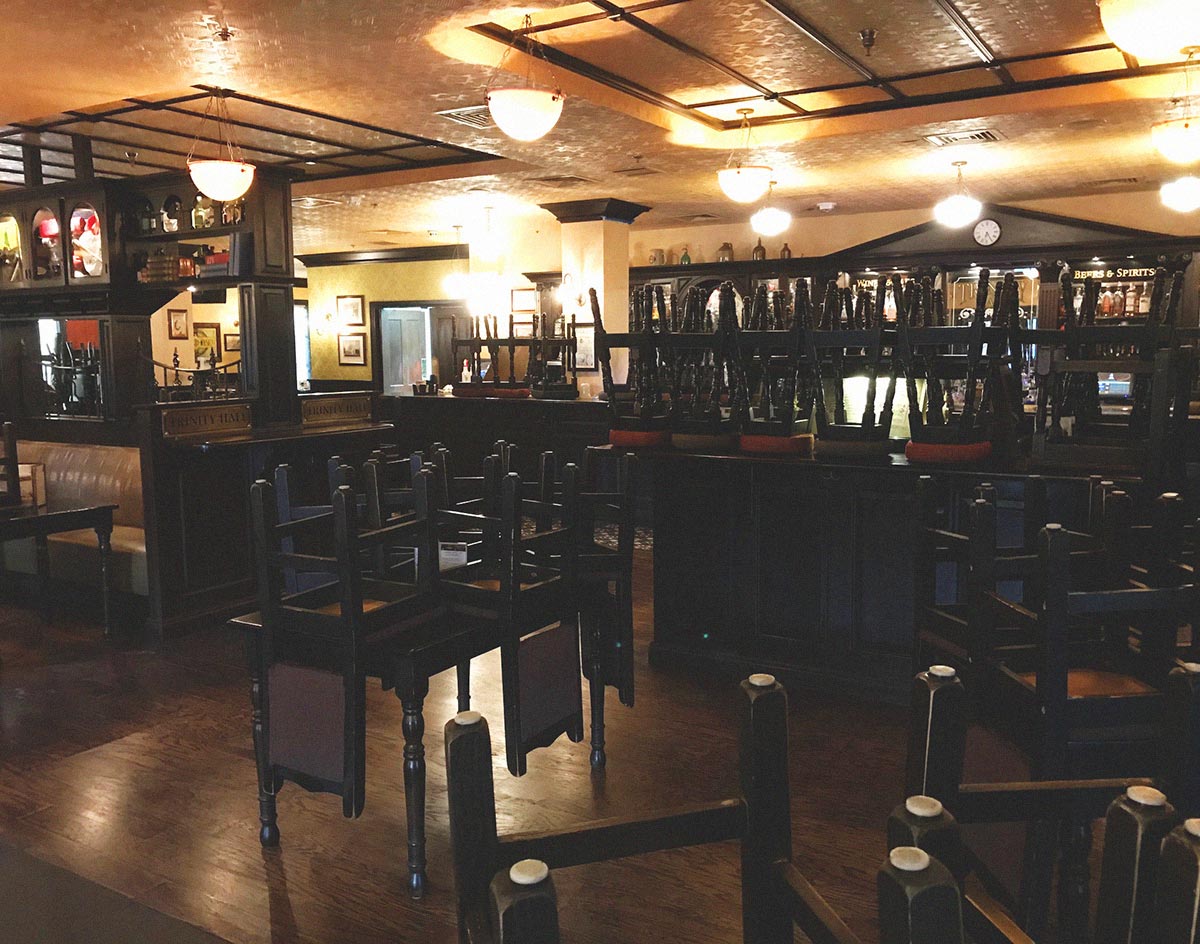 It’s been a week filled within Dallas restaurant comings and goings.

The biggest world-shaker of all of these came when the news broke of a Mockingbird Station favorite leaving us all with something of an Irish goodbye — in their own words. A week ago today, the beloved Irish pub Trinity Hall abruptly closed its doors after 20 years in business, with owner Marius Donnelly citing to the Dallas Morning News coronavirus complications as his reasoning for not renewing his spot’s lease. Known for offering over 200 beers and 300 whiskeys, Trinity Hall was long a favorite stop among Angelika Theater moviegoers, English Premiere League fans, workers in nearby office towers and St. Patrick’s Day beer-guzzlers. This is one will truly be missed.

In more cheerful East Dallas news, a pandemic-favorite ghost kitchen is now coming to life on Gaston Avenue after a long runs of teases. Thunderbird Pies, a concept from Cane Rosso pizza aficionado Jay Jerrier, has now officially opened its doors across from the White Rock Lake spillway, CultureMap reports. Thunderbird Pies specializes in Detroit-style pizza, which means its slices are cut into squares and served on a thick, crispy crust. (It is not to be confused with Deep Ellum’s Thunderbird Station, which recently began offering an egg-celent brunch.) Along with Thunderbird Pies’ opening, another Jerrier-owned brand called Cow Tipping Creamery be serving soft-serve ice cream with toppings made in-house from the same location — right next to the White Rock Lake location of Cane Rosso, and in the old On Rotation spot, for those playing along at home.

The Dallas Morning News also reports this week that East Dallas will be getting a new brunch spot in the form of Brunchaholics, which has been operating as a pop-up restaurant at various locations around town since 2018. Expect all kinds of brunch-related menu items when the permanent location for the brand opens up shop at 5014 Ross Avenue later this year — and also the company’s much-lauded, and Food Network-approved, soul food burrito consisting of catfish, mac and cheese and collard greens stuffed inside of a tortilla all Chipotle-style.

If brunch is your favorite meal of the week, then this should be welcome news, too: Among the 600-plus new bills this year that Texas Gov. Greg Abbott has signed into law to go into effect today is the provision that beer and wine can now be purchased as early as 10 a.m. on Sundays — as opposed to the previous noon deadline that was in place until now. Considering how polarizing some of this new crop of laws in our state are, at least this is one most people can get behind.

On the topic of reasons you might start drinking earlier in the day, here’s a bit of a wild story: Dallas bakery La Duni has introduced three new robots to its staff, per the DMN. Named Alexcita, Panchita and Coqueta, these machines are meant to combat the current staff shortages faced by La Duni and across the restaurant industry at large. According to La Duni, the robots are efficient, too: They’re able to deliver as much as three times the amount of food to a table as a human can. To be clear, though: The robots are accompanied by a server at La Duni.

On the other hand, a new-to-Dallas concept called Brooklyn Dumpling Spot, which the DMN says plans to open five locations at a later date across the region, guarantees diners will face “zero interaction” with its staff. The “automat” concept kind of works like a vending machine, with orders being made available via a kiosk after orders are entered into a machine.

If more-familiar concepts are your jam, then you’ll be hyped to hear Eater’s report that the minds Bryan Street Tavern have opened their sister concept called Sylvan Avenue Tavern over at West Dallas’s Sylvan Thirty complex. Much like its sibling establishment, the new bar’s kitchen is staying open till 2 a.m., and offering pizzas, burgers, wings and other traditional bar food options. Guests can also expect various bar games like pool and pinball, as well as a large rooftop patio offering grand views of the city.

Up in the suburbs, meanwhile, CultureMap notes that Hutchins BBQ has re-opened its McKinney location after an electric fire forced it closed at the end of last year.  John Mueller, the grandson of pitmaster Louie Mueller, will master the re-opened pit and offer some of his signature creations, including Peach Habanero sausage and Blueberry Maple sausage. Talk about a pleasant combination of sweet and savory!

In less fortunate news, the Dallas Observer notes that a Richardson dessert bar has fewer “sweet daze” ahead. Sweet Daze announced recently via Instagram that it will close shop on September 17. The spot was known for its Instagramable confections, like champagne rainbow cake slices and unicorn donuts. As such, it was a popular site for TikTokers. Let’s hope for better “daze” for owner Holly Nguyen, as she works on growing her other concept, OMG Tacos, as well as upcoming projects in Celina.

Also shuttering its doors is Downtown Plano’s Hub Streat, which announced its demise via Facebook and Instagram after four years in business. It didn’t take long for someone else to take its place, though. Mere days later, a large sign appeared on the side of the space formerly occupied by the sports bar, announcing a Twisted Root Burger Co. as “coming soon” to the outpost.

The Dallas food scene really does giveth and taketh away, huh?

Cover photo via Trinity Hall’s Facebook page. Got a tip for The Spread? Email us!