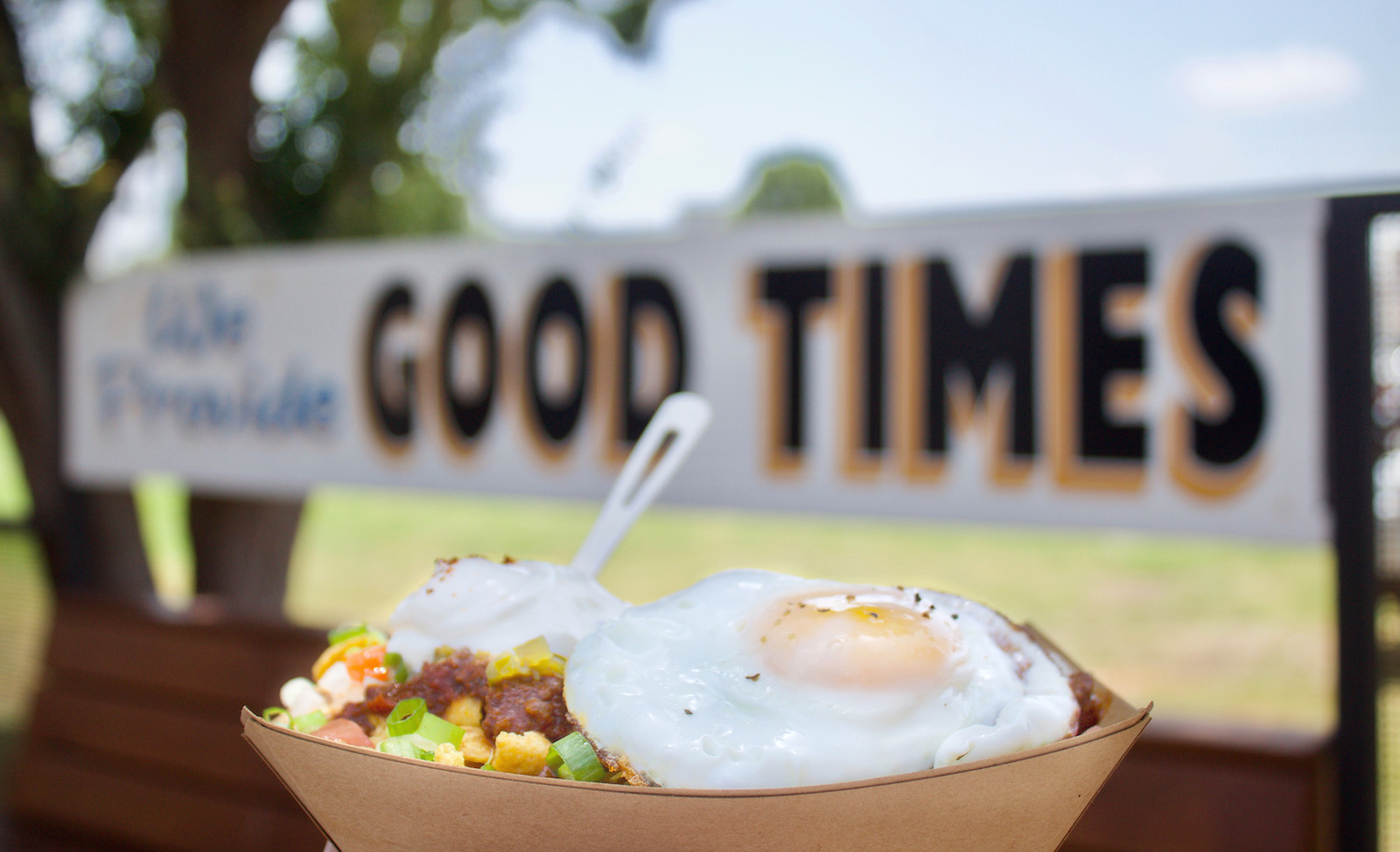 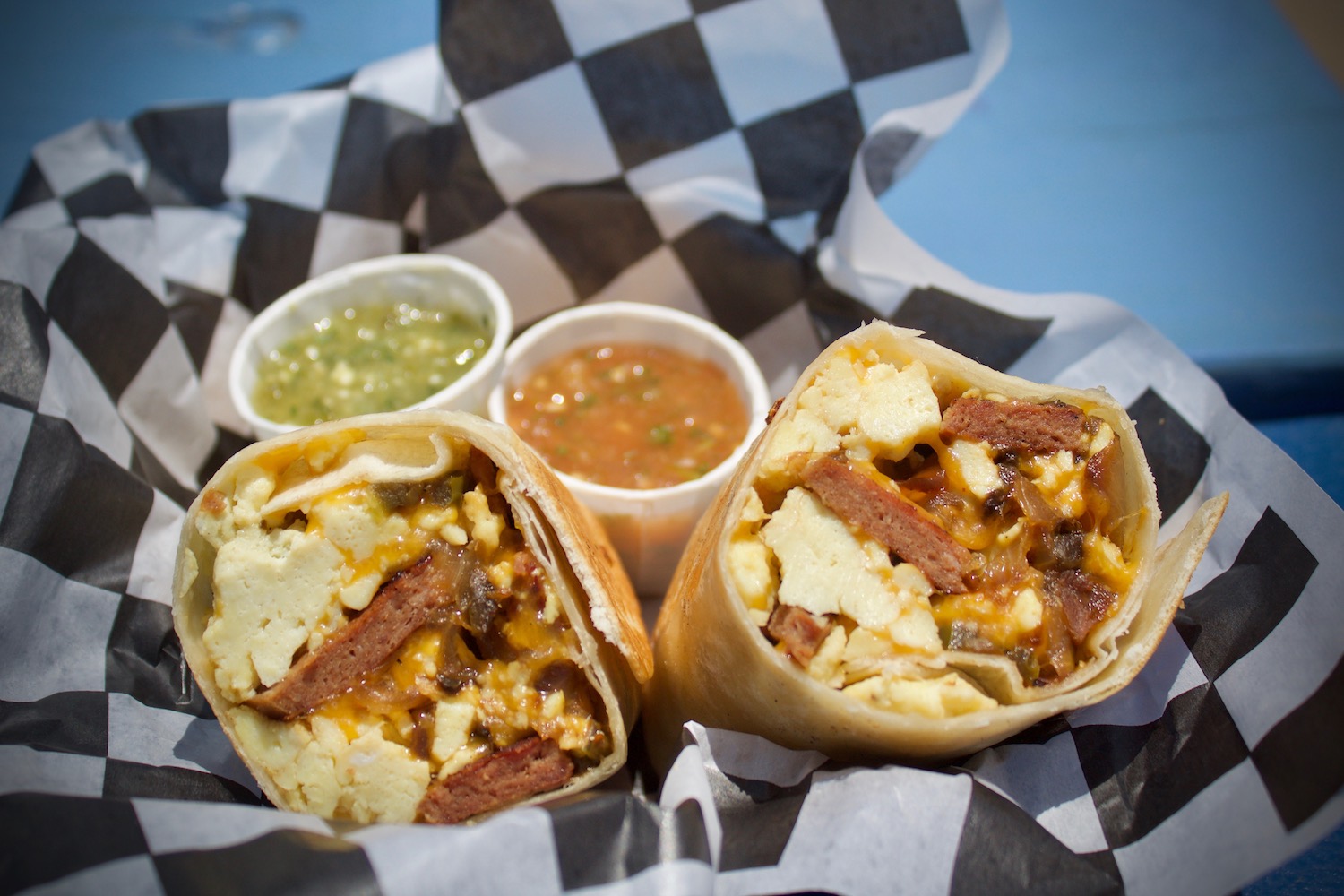 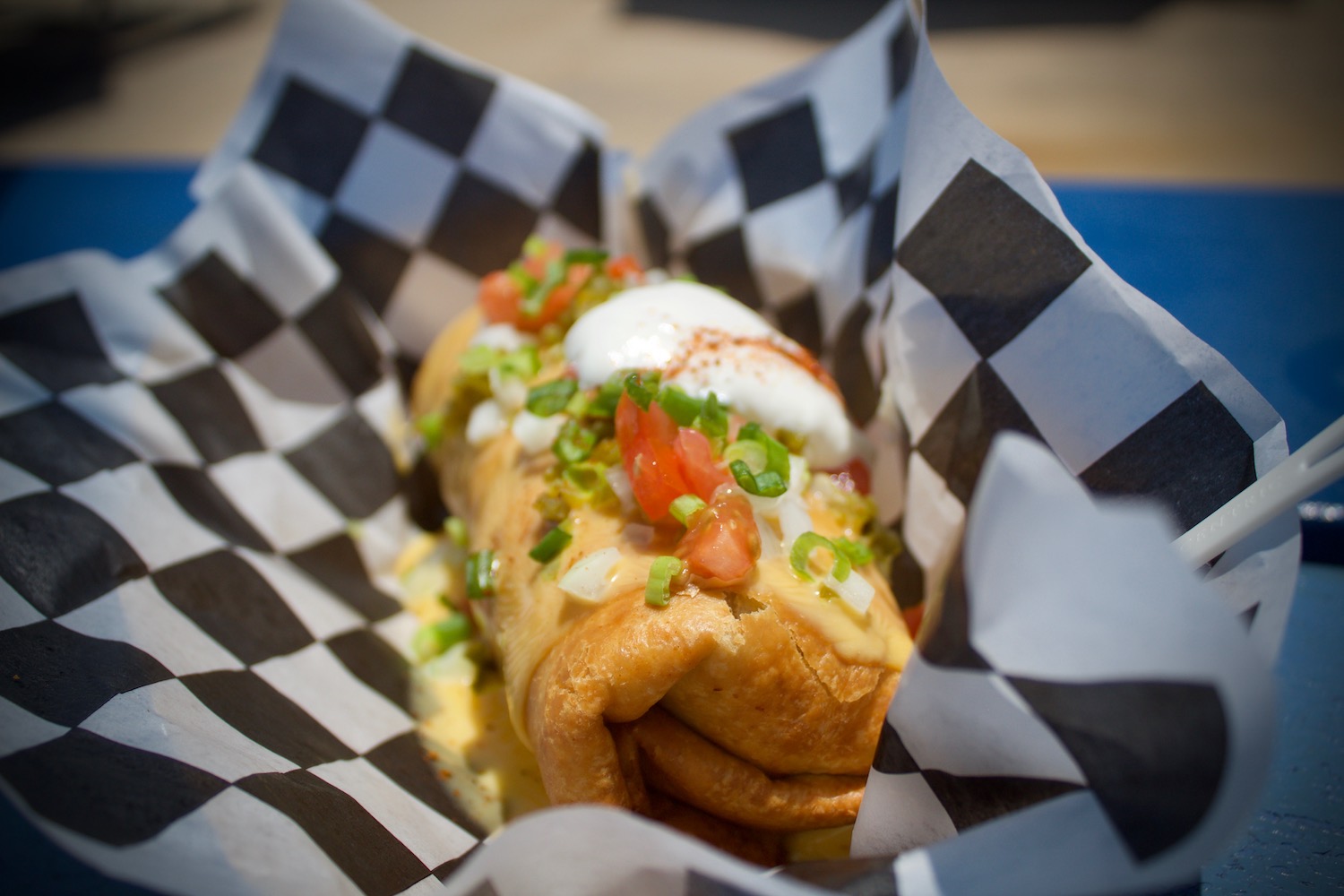 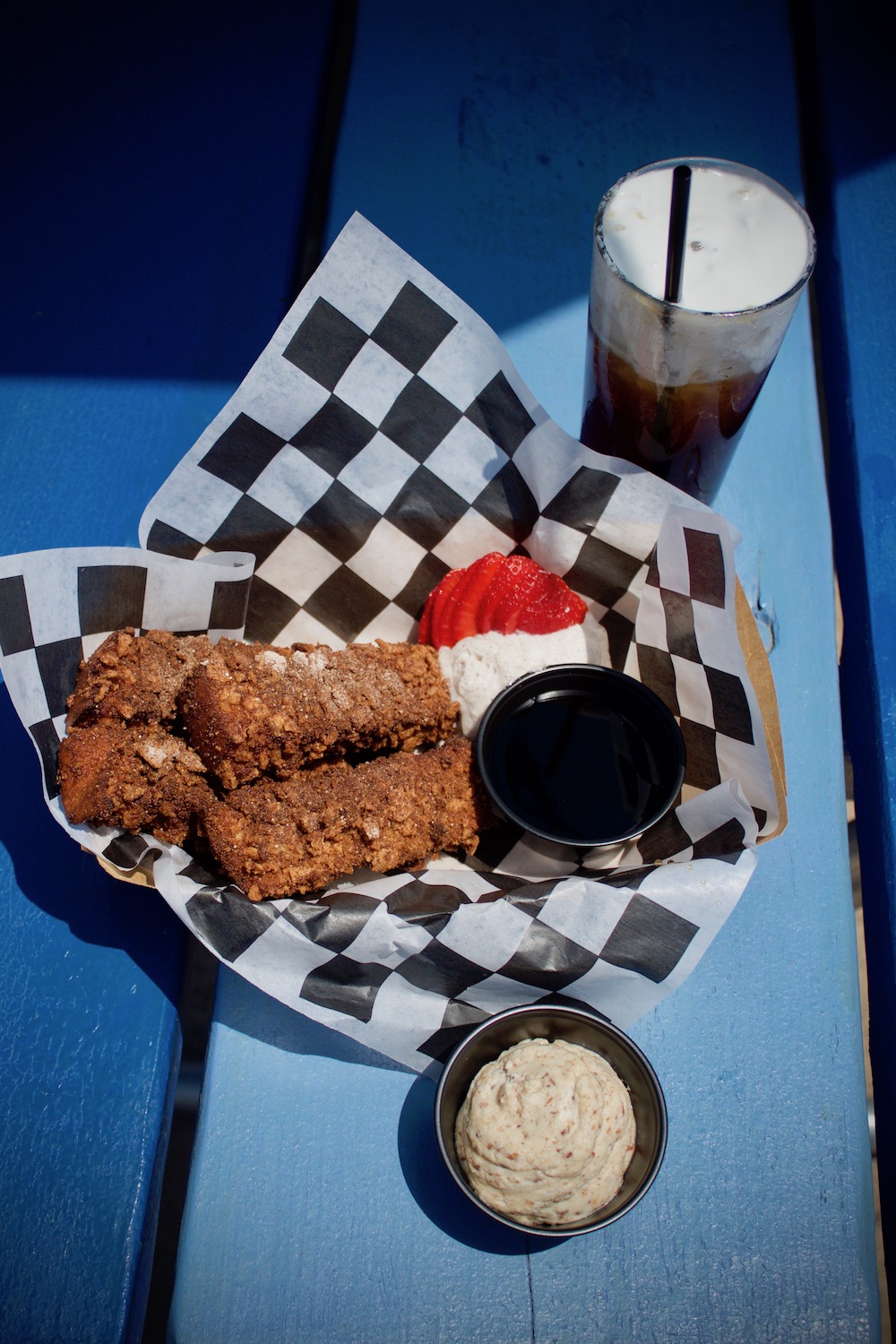 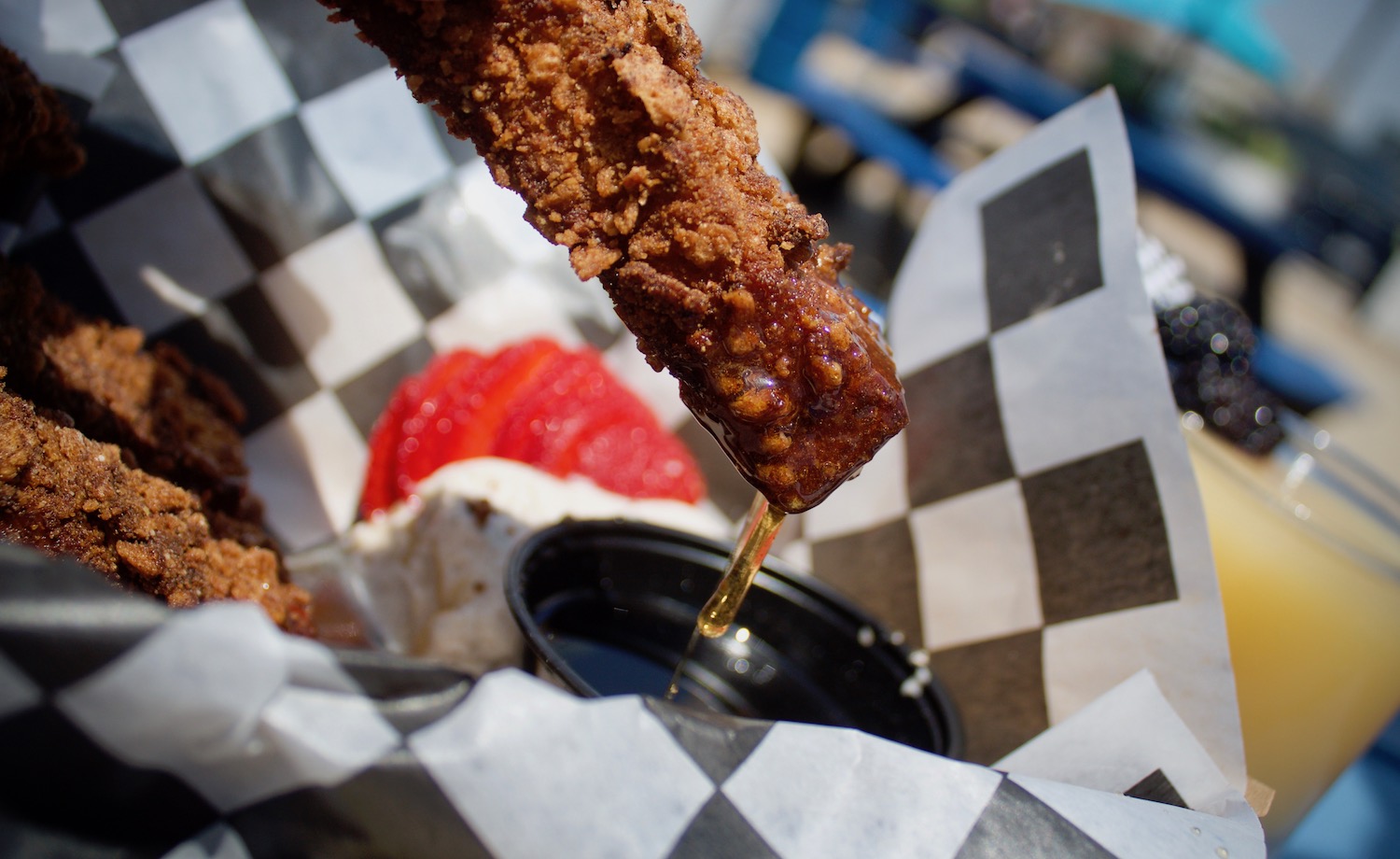 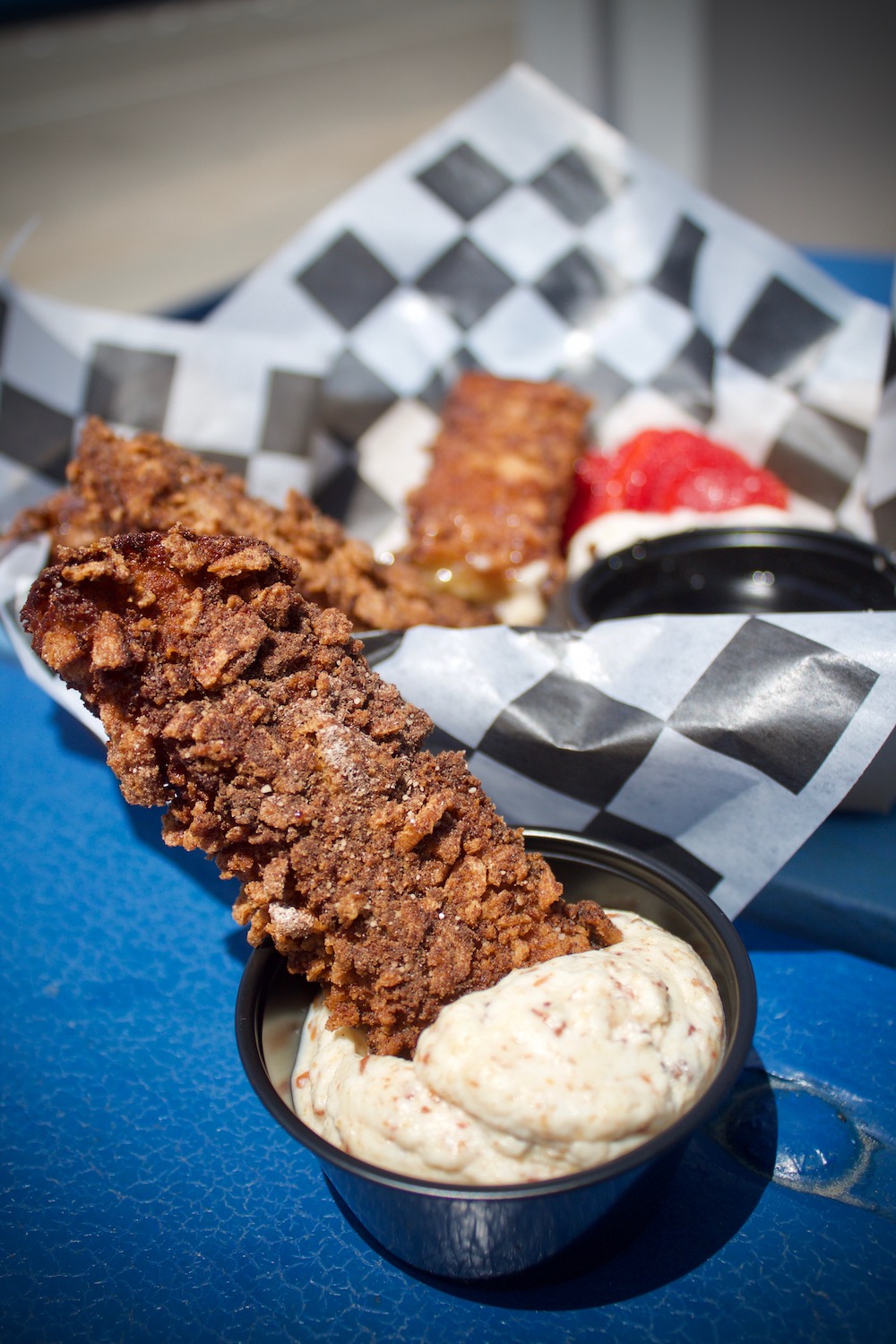 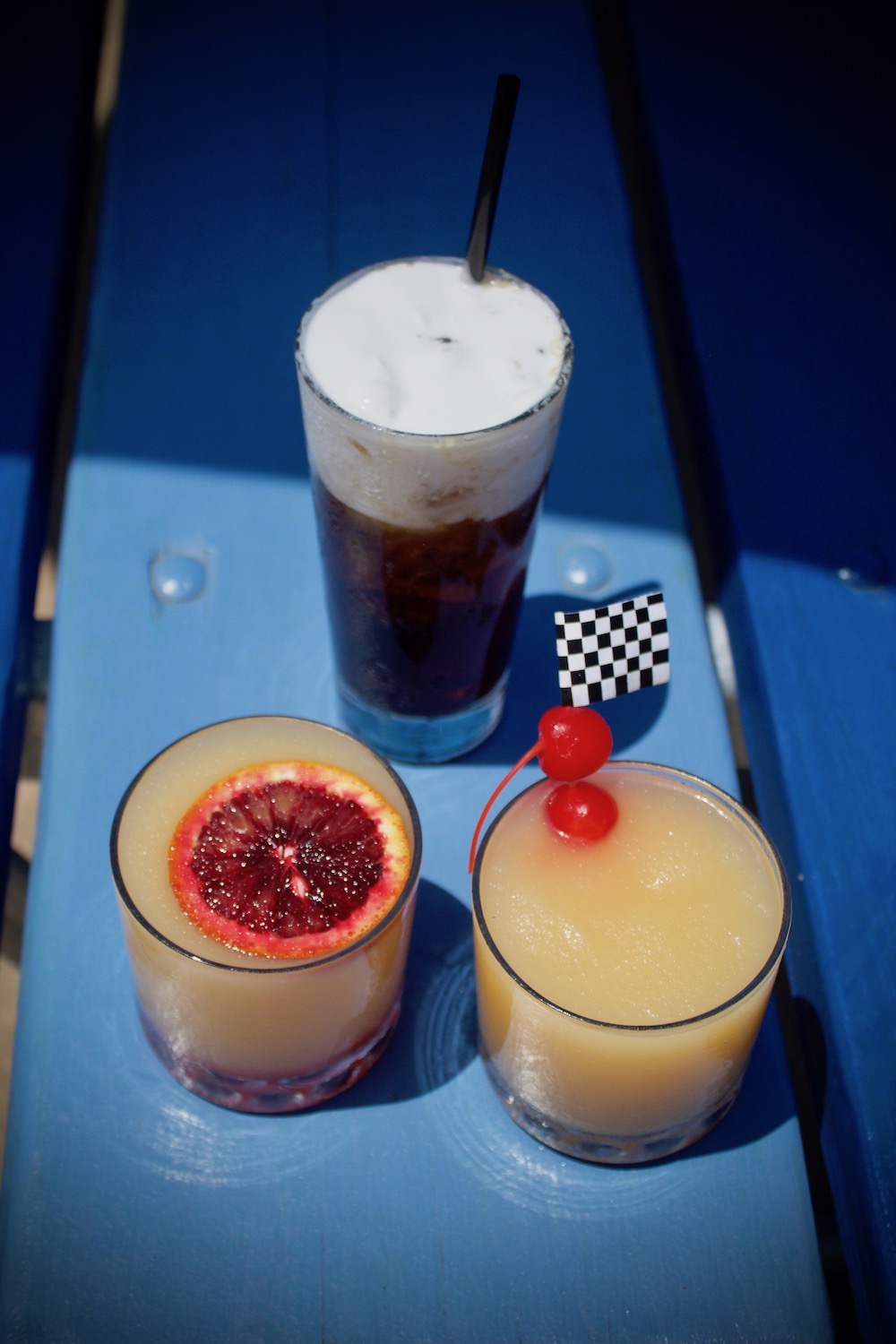 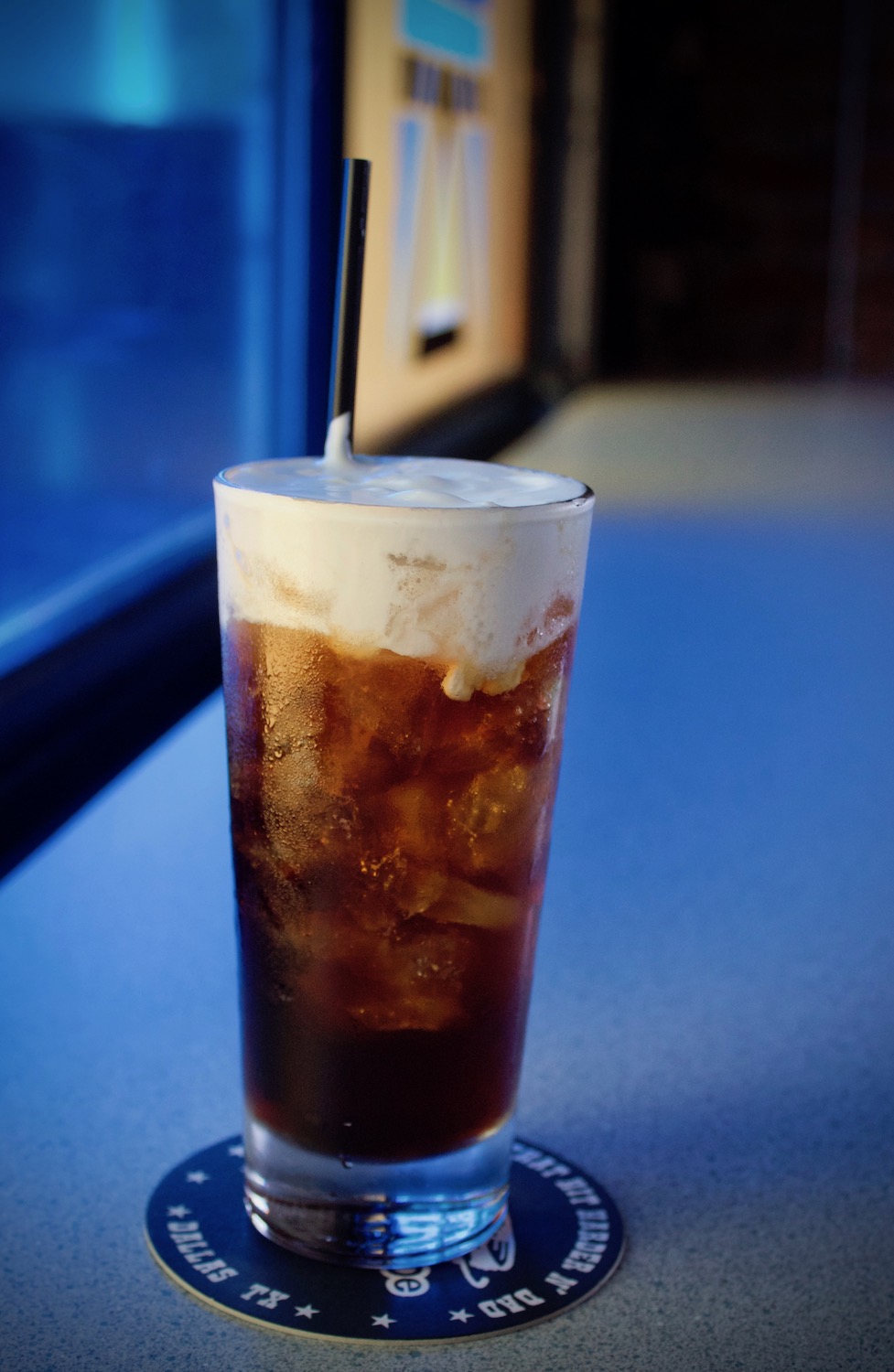 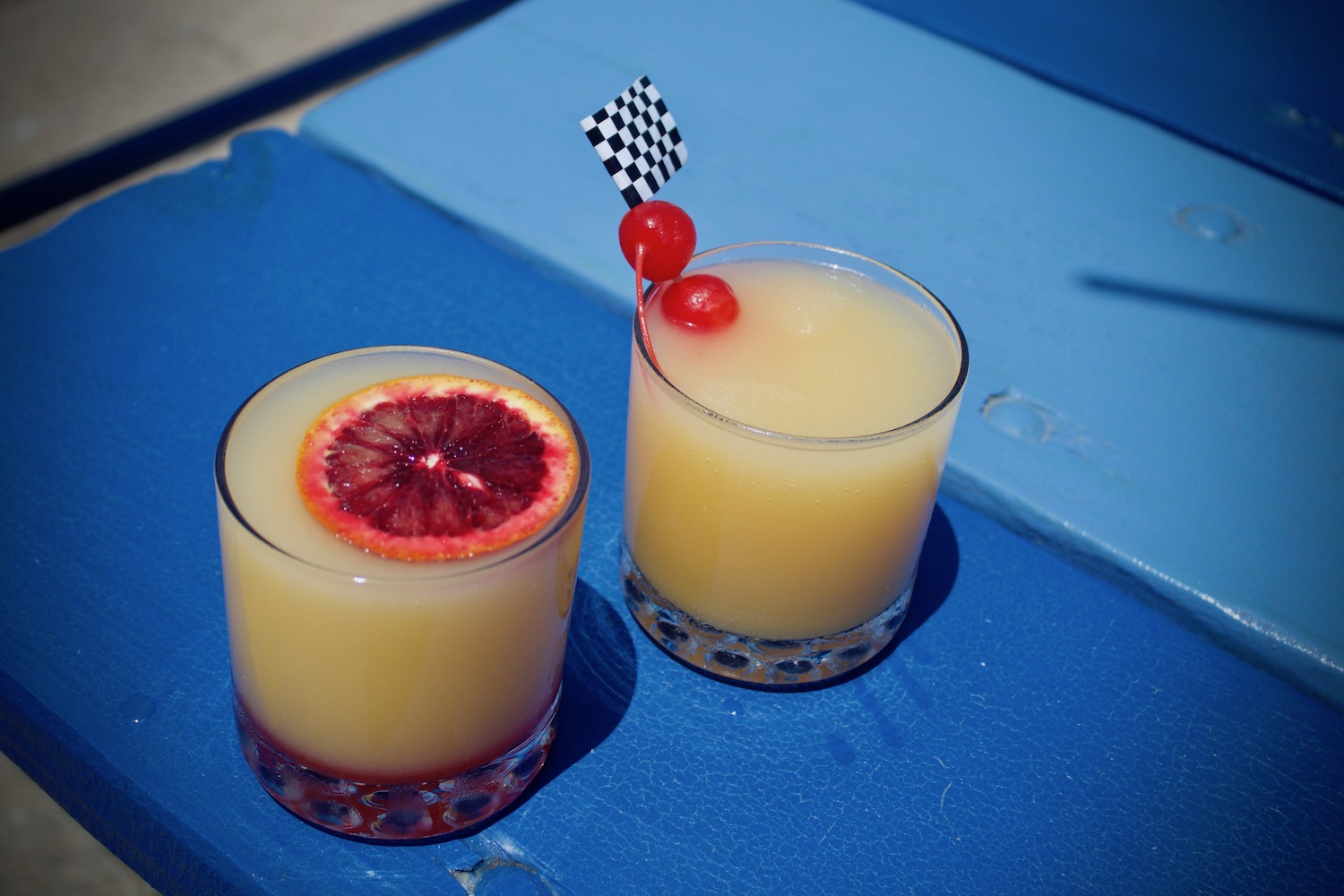 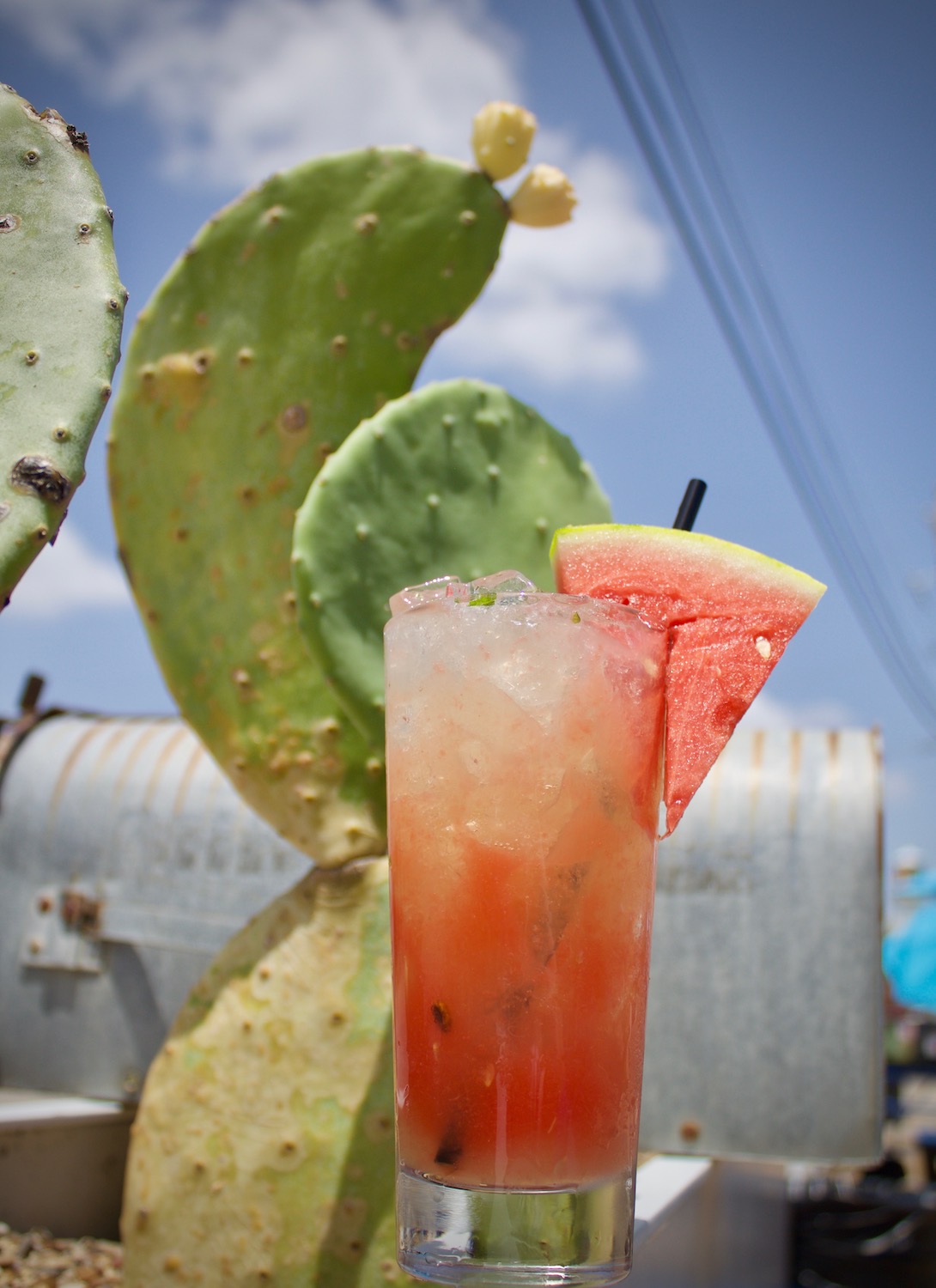 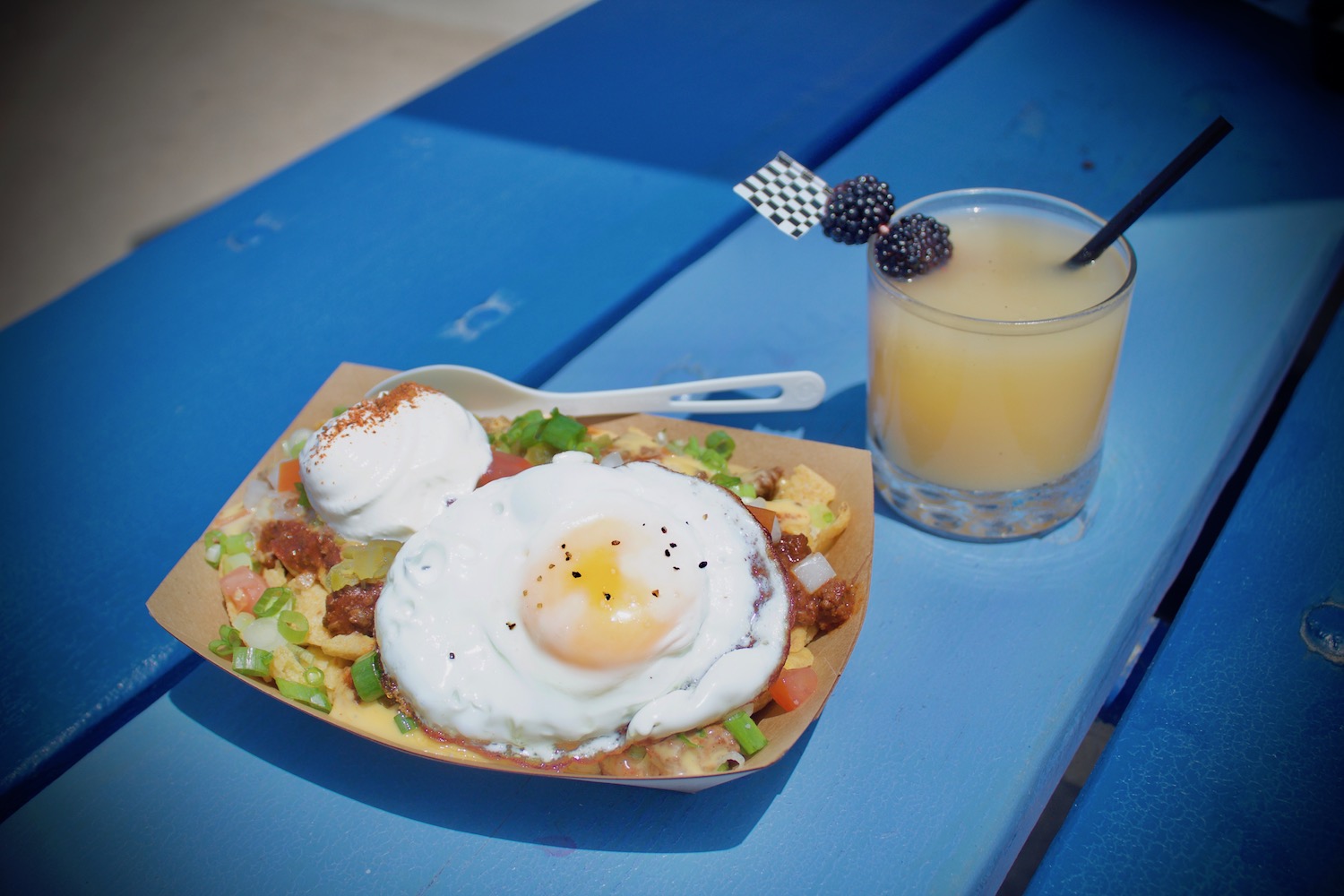 Forget The Stuffy Brunches Down The Road: Thunderbird Station Is Now Serving The Laidback, Hangover-Helping Brunch The Neighborhood Deserves.

Just about a year after opening in the middle of a goddamn pandemic, Thunderbird Station now has its sights set on leveling up Deep Ellum’s weekend afternoons.

Located along Commerce Street on the eastern edge of Deep Ellum, the latest addition to Kim Finch’s down-home, boozy empire — a portfolio that also features the beloved Deep Ellum venue the Double Wide and its sister Lower Greenville watering hole the Single Wide — has now added a brunch service to its already tasty food and cocktail offerings.

Unlike some of the stuffier offerings aimed at the oversized sunglasses sets down the road, Thunderbird Station’s brunch promises more laidback vibes while still following the same simultaneously over-the-top and down-home model followed by its main menu.

On Saturdays and Sundays from noon to 5 p.m., diners can order a variety of more breakfast-oriented spins on the restaurants regular food offerings (an entire section of the menu is dedicated to “Put An Egg On It!” selections which are just-what-they-sound-like alterations of the regular options), as well as a number of brunch-specific orders, including a wide array of breakfast burritos. All combined, the kitschy selections represent more than enough to attract State Fair of Texas food stans by the hordes.

During a preview of Thunderbird Station’s brunch offerings before the service officially launched in late July, we were able to sample a variety of the new menu‘s hearty items.

The deluxe breakfast version of the spot’s Frito pie ($16) is a delightfully sloppy, layered collision of flavors and textures in which chili, angus beef, egg and hash browns interplay in gleeful chaos. The Cinnamon Toast Crunch-inspired Sticky Shifters ($9), meanwhile, are just the right amount of non-dessert sweet — and absolutely perfect vessels for the bonkers delicious bacon-infused whipped cream dipping sauce they can be served with for a $2 upcharge. Similarly, the menu’s five breakfast burrito options can also be upgraded beyond a simple selection of red or green salsa: For an extra dollar, each can be deep-friend into a chimichanga — a choice that elevated the egg-, cheese-, Fritos- and bean dip-filled  Bumper Thumper ($9 as listed, $10 deep-fried) to melt-in-your-mouth levels of headshaking deliciousness.

The hair-of-the-dog offerings on the brunch cocktail menu are also alluring by, in many ways, following the same slight-tweak evolutions seen on the food side of things. The ThunderMosa ($10), for example, is a prosecco-infused update to the regular cocktail menu’s frozen orange, vanilla and vodka Peel Out drink, and the alteration adds some welcome brightness to the original’s push pop-inspired flavor blend.

Served on Thunderbird Station’s spacious and social distancing-ready outdoor patio, and also within Thunderbird Station’s cozy and air-conditioned insides for those who can’t handle any sunshine when they’ve drank too much the night before, it’s a brunch service designed for experience drinkers by experience drinkers — but also one that anyone looking for a playful weekend meal can indulge in.