More Club Than Eatery: When Restaurants Violate Their Permits. 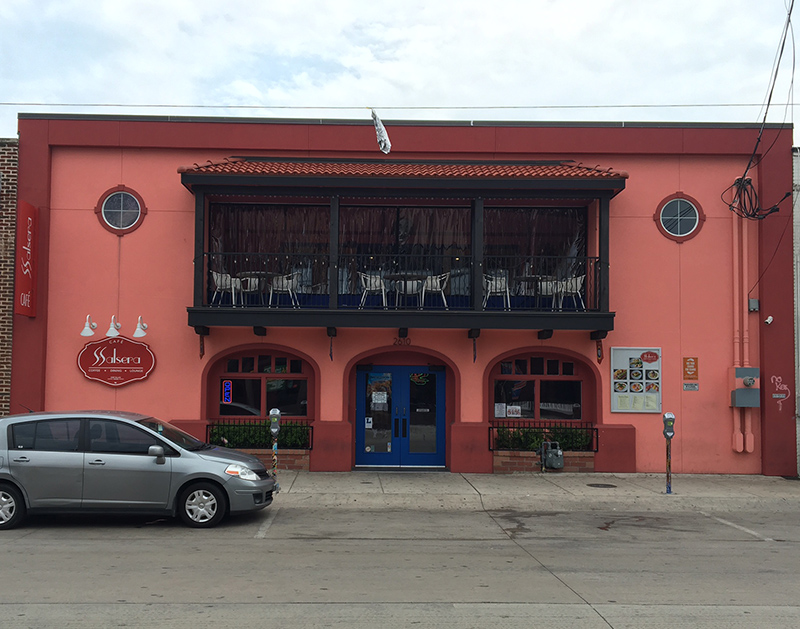 After Café Salsera Was Shut Down For Violating Its Permit, It Raised The Question: Are There More Businesses Doing This In Deep Ellum And Dallas As A Whole?

On a weekday it might not be uncommon to walk into Café Salsera and find it completely empty.

But on weekend nights, the place teems with people as the restaurant turns into a dance club.

The city requires nightclubs to have dance hall licenses, which are contingent on approval from the Dallas Police Department’s vice control division. But Salsera doesn’t have such a permit.

Café Salsera even shifted focus to food a few weeks ago to appease its unsettled neighbors. They hired a new chef, Armando Aguilar, formerly of CBD Provisions, Knife and Dallas Country Club.

They dropped their old Latin American menu for a New American fusion concept with items like tuna tartare and halibut with chorizo.

“It is a complete surprise, as we work closely with the City of Dallas to ensure that we follow code compliance regulations,” says Salsera owner Carey Chan. “We are looking into the matter and will hopefully know more this week.”

Meanwhile, the restaurant will continue to serve food during dinner hours and brunch on the weekends and continue its “night-time entertainment” as its owners reiterated on Facebook:

But Café Salsera is not the only Deep Ellum business that has drawn the ire of residents and business owners. Several restaurants in the area also act as clubs and lack the appropriate permits.

“You had one of them, now you have three or four of them that have skirted the whole process,” says one Deep Ellum resident who spoke to us on the grounds that they remain anonymous.

And though we couldn’t confirm what other businesses operate as Salsera has, the source says the trend is reminiscent of what happened in Deep Ellum years ago when businesses began skirting the law and drew younger and younger crowds.

“If you’re going to open up as a night club, that’s fine, but you have to go through the process of being a night club,” they said. “The city set it up where we wouldn’t have night clubs down here because that’s what happened last time. That’s what destroyed the neighborhood last time.”

A license costs $634 and requires applicants to jump through some bureaucratic hoops with an application and other documentation, says DPD vice detective Robert Krebs.

“Over the years, it just seems to be a minority of places that don’t get them,” Krebs says. “They try to stay under the radar as much as they can, but we get calls out there on loud music and cars parking in the median and they eventually call attention to themselves.”

And another establishment with a reputation for operating outside it’s permits will soon join the Deep Ellum ranks.

Bottled Blonde, a pizzeria and beer garden with two other locations in Scottsdale, AZ and Chicago, is slated to open in September.

The Chicago location was repeatedly reprimanded by city officials for violating the terms of its liquor license. While it opened as a restaurant, it operated as a nightclub. Locals complained about fighting in the streets and drunk patrons vomiting and urinating in an adjacent alley.

Most recently, Bottled Blonde is to be brought to disciplinary hearings in Chicago that puts the future of their license at risk. We reached out to Bottled Blonde to see if they would pursue a dance hall license for their Dallas venue but didn’t receive a response by the time of the publication.

But typically it is complaints from other businesses that land the would-be dance halls in hot water. They are competition after all, and all of the local businesses know who has a permit and who doesn’t.

“Some of these clubs do real good if you can get by for a year or so,” Krebs says. “You can make some good money. I just don’t know why they don’t go through the hoops and do it right.”