The Spread: Family Guy Pop-Up Bar Gets Renewed For A Few Weeks. 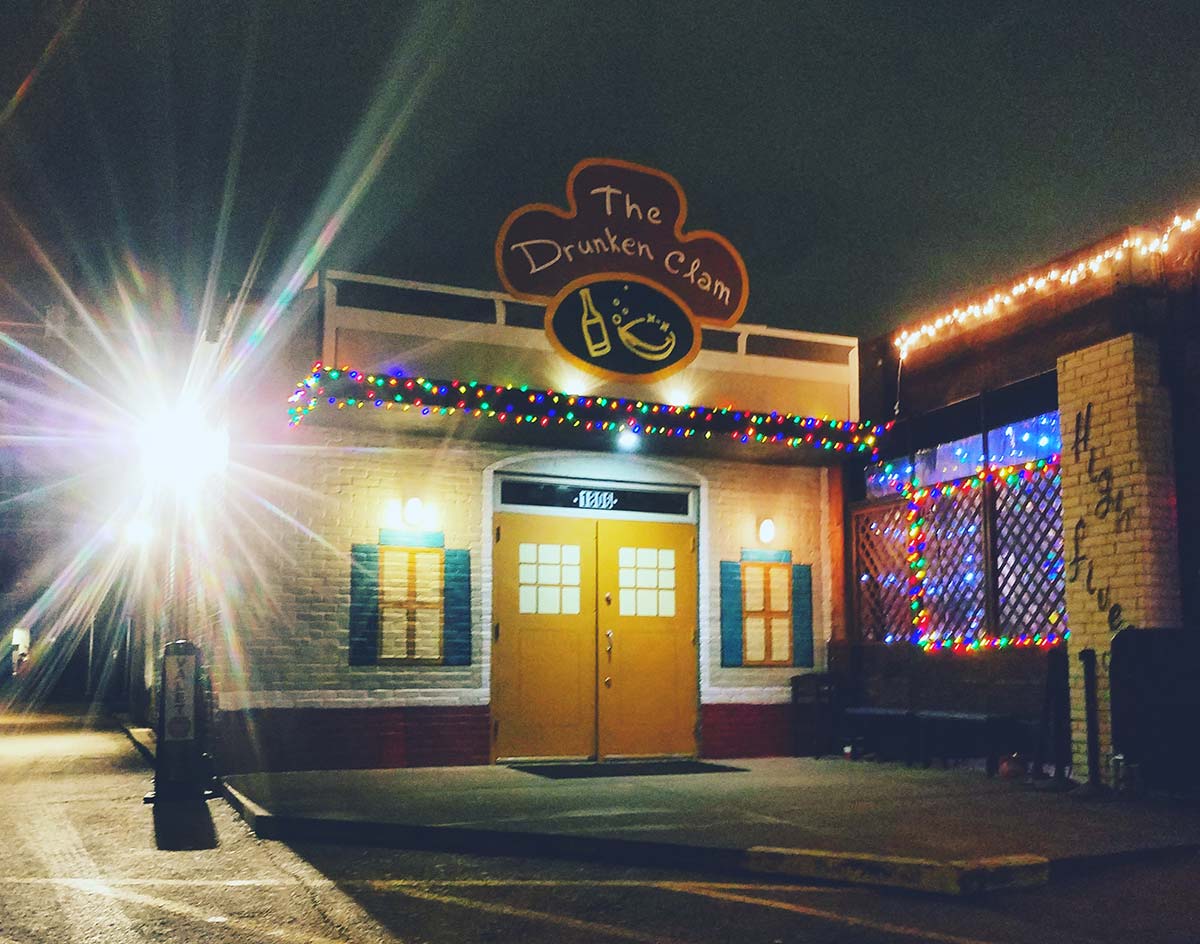 The Whippersnapper Extends Its Family Guy Pop-Up, Las Almas Rotas Wows With A Brisket Mezcal And A Popular Austin Dive Bar Sets Its Sights On Fort Worth.

After almost a whole year of waiting, the latest over-the-top sweets shop to enter the regional market has finally arrived. Combining chef-driven ice cream flavors with booze and coffee, Baldo’s Scoop Shop Café is now upon 6401 Hillcrest Avenue in Goff’s Hamburgers‘ old University Park space. Here, you can order ice cream flights with your choice of small-batch flavors (like Texas Toasted Honey, Fruity Pebbles and cranberry cheesecake) or, for a more decadent experience, you can indulge in ice cream and beer or wine pairings. That still not enough of a draw? The concept is also cashing in on the raw cookie dough craze with a selection of edible cookie dough flavors. The shop is open from 7 a.m. to 9 p.m. on Mondays through Thursdays, 7 a.m. to 10 p.m. Fridays, from 9 a.m. to 10 p.m. on Saturdays, and on Sunday from 9 a.m. to 8 p.m.

Of course, Baldo’s isn’t the only Dallas business turning heads by doing crazy things with booze of late. Seems all any food writer in town was talking about this week was the Expo Park mezcaleria Las Almas Rotas‘ collaboration with the Oaxacan mexcal producer Gracias a Dios for a new protein-infused mezcal known as a “pechuga.” This decidedly Texas-flavored version was distilled with brisket made its formal debut at a release party held at Las Almas Rotas this past Saturday that celebrated a small batch of about 75 bottles of the stuff making it up this way. Alas, you’re gonna have to wait to try it yourself if you missed out on that bash: The only area liquor store to get any of the stuff in stock — Bar & Garden on Ross Avenue — promised away all of its supply on pre-orders before it could even fill its shelves with the bottles; the next shipment isn’t expected to make its way to North Texas for another year or so.

On the other hand, it looks like you’re about to save some travel time if you’re the kind of person who’d drive down I-35 for a visit to the popular Austin dive bar Nickel City. Earlier this week, the brand announced that it’s expanding its operations and opening up a spot in Fort Worth. This second Nickel City location will take root in at 212 South Main Street and will be larger than the original, complete with a patio and a 15-seat agave bar. It will also, naturally, serve food from Nickel City’s revered on-site food truck, known as Delray Cafe. Owners are targeting a summer opening.

In other bar opening news, Cannon’s Corner Irish Pub is revamping a historical Oak Cliff address. The brainchild of the folks behind The Playwright and Crafty Irishman will set up shop at 1314 W. Davis Street in the recently vacated Garnish Kitchen space. The venture aims to combine old and modern Irish elements, with classics such as fish and chips, corned beef and shepherd’s pie, alongside a solid selection of whiskeys and  beer. An opening is slated for April.

Also in Oak Cliff, the Fort Worth brand Brewed is opening its second outpost called Brewed Ltd. at the Novel Bishop Arts Luxury Homes development this month. As the name suggests, the concept will serve coffee, tea, small bites and pastries, followed by beer and wine offerings shortly after opening. Keeping with its local focus, the new outpost will partner at the new spot with neighborhood stalwart vendors such as Oak Cliff Coffee Roasters and Eno’s Pizza, whose owner also has a partial stake in the new venture.

Along Upper Greenville, there’s some sad news: The original location of Humperdinks Restaurant & Brewpub has shuttered its doors. After operating in this spot since 1976, its last day of service came this past Sunday, February 3. The Humperdinks will continue operations at its other Dallas location and at its Arlington outpost, though.

Over in Downtown Dallas, a breakfast and lunch concept called Real Nice Place has taken over the former Mad Hatters Cafe space at 400 N. St. Paul Street. The restaurant comes courtesy of one of the co-founders of Lower Greenville spot Toasted, and it will focus on American/diner-style comfort food — but with a healthy spin. Options include salads, bowls, vegan and paleo options, plus breakfast tacos, eggs Benedict offerings and a signature tamale bowl made with tamales from Tamale Co. As you might expect, hours will cater to the weekday working crowd, operating from 7 a.m. to 2:30 p.m. Mondays through Fridays.

Also in Downtown Dallas, the beloved neighborhood City Tavern has finally returned. After months of anticipation, the 2.0 version of the watering hold has officially resurfaced at 1514 Elm Street, just a block away from its original location. The kitchen menu will offer a few customer favorites in addition to new items, as well as a surprisingly cheap Friday happy hour and new local beer options. Hours run daily from 11 a.m. to 2 a.m.

Out in the Knox-Henderson neighborhood, the shockingly popular Family Guy-themed pop-up at The Whippersnapper has been extended for a few more weeks. Initially planned to run throughout January until February 2, owners have responded to demand and now extended their run through February 23, giving animation lovers another couple of weeks to get their fix of an IRL version of The Drunken Clam.

Up in Plano, a new food hall-style restaurant called LC Kitchen is serving a quartet of cuisines — with a farm-to-table spin — at Legacy Central. The restaurant houses four food stalls dishing out Korean foods, tacos, “homestead” options and grass-fed/free-range fare. The 7,500-square-foot space also serves coffee from 7 a.m. to 3 p.m. Otherwise, breakfast hours go from 7:30 a.m. to 10 a.m., and lunch hours run from 11 a.m. to 2 p.m.

In slightly more niche dining news: Tei-An has introduced a new chef’s choice menu centered around all things soba. The zukushi (translated: “changing thing” or “thing that changes”) menu will have a seasonal focus, starting with a six-course, soba zukushi kudu (read: winter soba) menu on Wednesday, February 20. Each dinner will be a one-time only offering for 16 diners, and it will cost $175 a person.

On the beer front, Deep Ellum Brewing Co.’s Fort Worth expansion is set to debut on Friday, March 1. The so-called Deep Ellum Funkytown Fermatorium will be located at 611 University Drive, and its taproom will have some Fort Worth-exclusive brews alongside other brand favorites. The space will also have wood-fired ovens for pizza and a kitchen for other small bites.

Cover photo of The Whippersnapper’s Drunken Clam transformation by Pete Freedman. Got a tip for The Spread? Email us!