The Dirty Shirts’ Nick Santa Maria On Re-Discovering Himself. 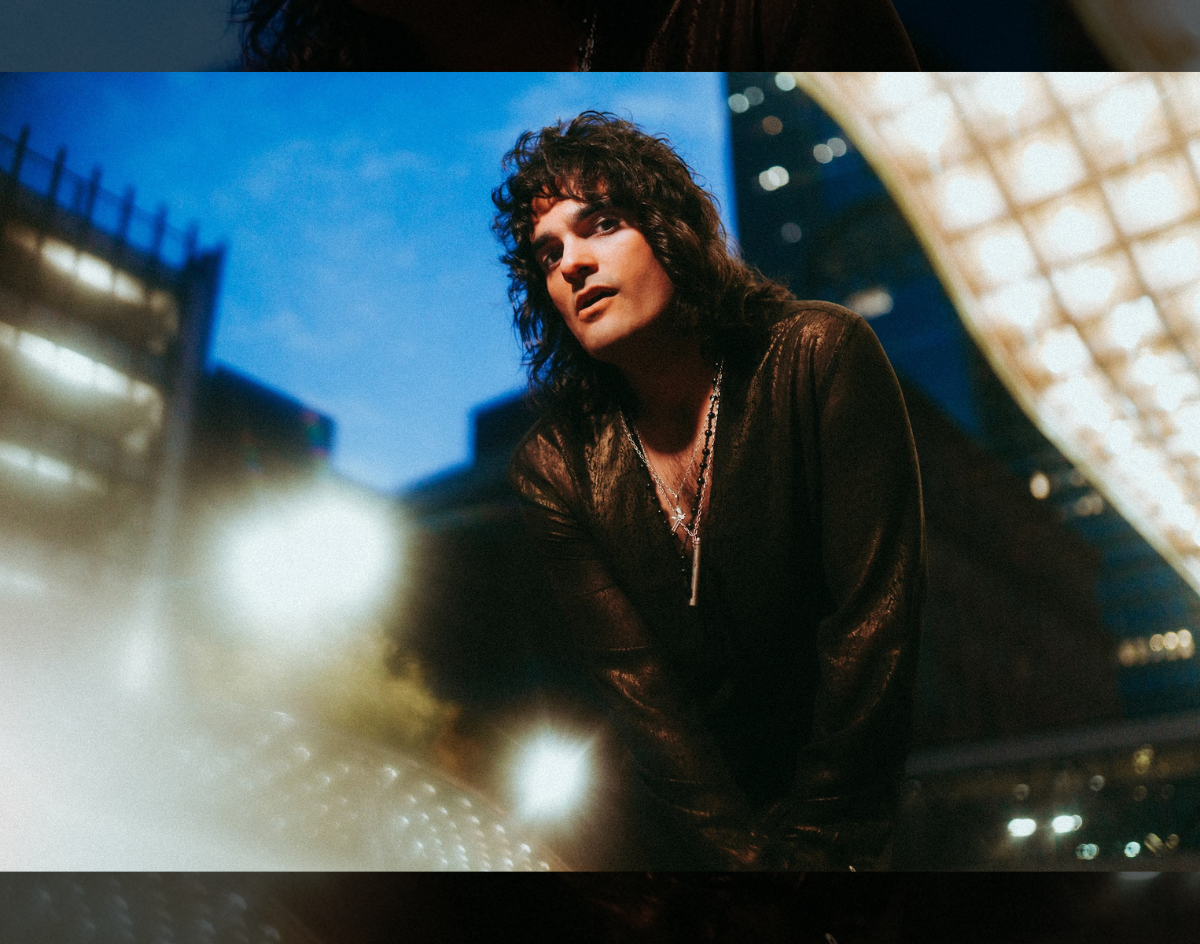 After The Release Of Its Debut Album, The Former Country Guitarist Tells Us How The Pandemic And Nostalgia Helped The Dirty Shirts Find Its Glam-Rock Identity.

Nick Santa Maria is right where he needs to be.

The glam rock-inspired singer-songwriter is the heart and soul of The Dirty Shirts, a Dallas-based dance rock and roll act that just debuted its first album. Santa Maria is like a Millennial version of a ‘60s-era rock musician, and it’s almost difficult to believe that before his fur coats, leopard prints and sequin shine, he spent nearly seven years as the lead guitarist for touring country and Americana bands. Now that those days are over, Santa Maria is showing us who the hell he really is – from beginning to end.

The 10-track album In The Get Up From The Get Go, which released May 6, is a summer soundtrack filled with disco beats, alternative rock riffs and pop-infused soul, but there’s still much more to unpack. We wouldn’t have The Dirty Shirts without early 2000s alternative and garage rock heroes, such as The Strokes, Arctic Monkeys, Oasis and Gorillaz. Those aren’t anything like glam-rock, we are aware, but Santa Maria is a clever artist.

Don’t be fooled. Listen closely and you’ll hear that Santa Maria, a pop-punk and indie rock fan from the suburbs, has gone back to his musical upbringing with subtle head-banging tunes we used to rock out to. For instance, in the power ballad “Tokyo,” Santa Maria “Ooh’s” a catchy rhythm like The Bravery’s highest-charting modern rock track “Believe” from its 2007 album The Sun and The Moon. Santa Maria also credits his Warped Tour faves, such as Taking Back Sunday, Box Car Racer and The Used, as the album influences, which you can tell from the instrumentals.

In The Get Up was his chance to be himself, take from his eclectic music taste and mixing them together — quite the perfect recipe for The Dirty Shirts overall. In addition to the David Bowie retro fashion (thanks to his stylist and wife Claire Cassidy), Santa Maria wanted The Dirty Shirts to have an English rock attitude and aesthetic. Hence the peculiar band name that we just had to ask about. “I knew that was coming,” he says. “I’ve always said that I should’ve been born British, but I was born Texan, which is the next best thing.”

We agree. Still, In The Get Up isn’t just a Texan making British music.

“I think each song sounds a little different, but they sound like they belong together,” he says. “Lyrically, it’s a coming-of-age record – in my early ‘30s. It’s definitely a very personal record for me. I was finding out how I wanted to sound as an artist, as opposed to helping people find their sound, which is what I did for a long time.”

Santa Maria formed The Dirty Shirts two years ago, during the height of the Covid-19 lockdown, with long-time friend Cameron Moreland after pulling themselves out of the Americana sound. Ultimately, The Dirty Shirts’ formation was really just two best friends who wanted to start a band together and write their own music. After spending so much time in Texas country music, Santa Maria found himself still trying to sound like an Americana artist, instead of going out of the box and getting crafty.

“I didn’t grow up playing country music, it was just the first way I could make a living playing guitar, so the pandemic kind of gave me a chance to sit and write,” he says. “There was always a bit of a disconnection, and I loved playing guitar and I’ve heard some great people and had a blast, but I was always one step removed and it wasn’t music that really, really resonated with me.”

Santa Maria and Moreland spent hours listening to records at a lake house — trying to built their sound from scratch — before they starting writing together and recording in Santa Maria’s home studio. Each song on the album was built like a full production and in response to the quarantine days of Covid.

“I want people to come to our shows and have fun,” he says. ” For someone who loves angsty music, I felt like there was a time when rock shows were less fun and it was more angsty energy and that’s not my things.”

Even the bummer songs can be dance song. There’s pain in glamour — but make it fashion.

Now that have the chance to have a lit summer, with safety precautions, this is the chance to fully embrace In The Get Go for its dancey tracks and its flourishing message.