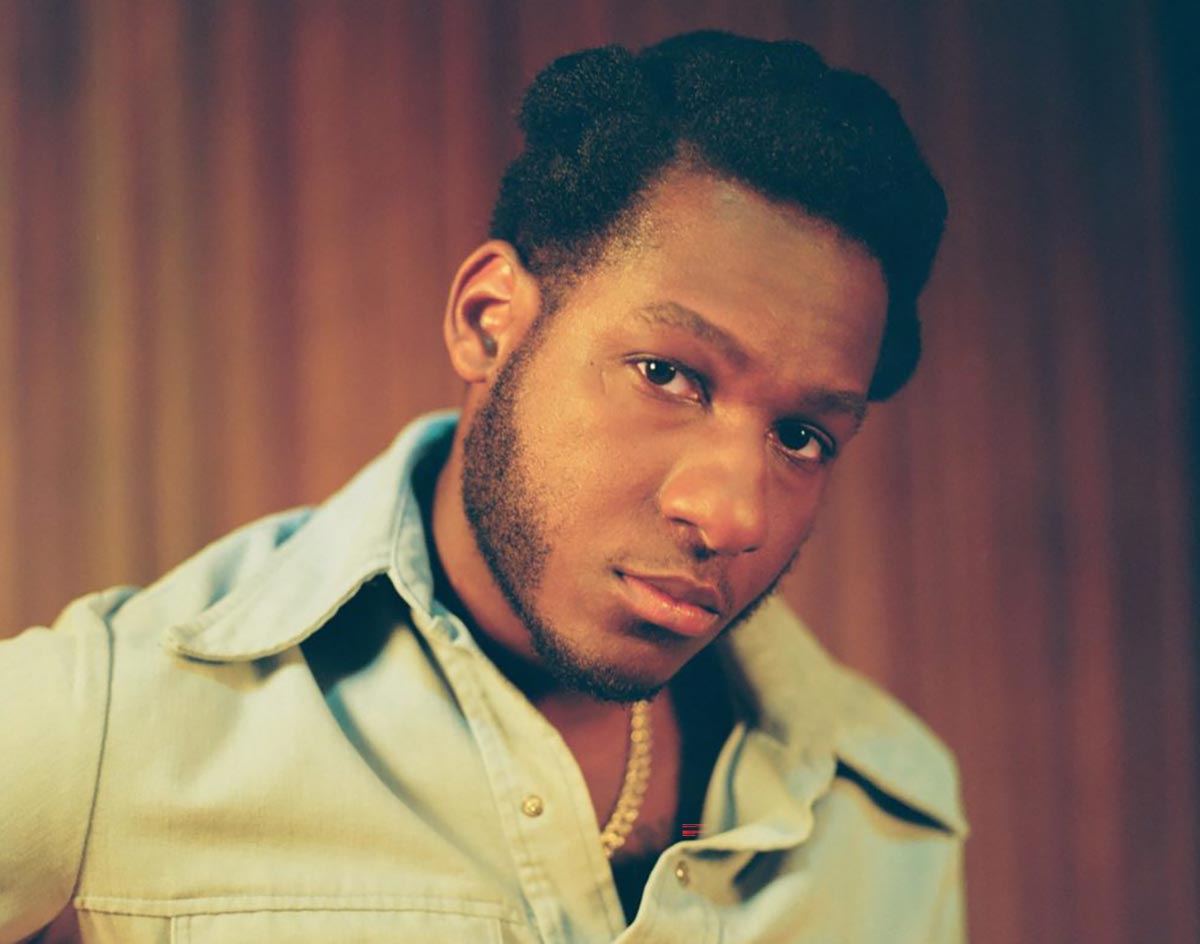 Dig For Gold With Leon Bridges, Get The Green Light From Dallas Filmmaker David Lowery And Up The Shoe Games Of Area Children In Need. Plus So Much More!

After taking a year off due to COVID-related concerns in 2020, the dreaded Deep Ellum Arts Festival will make its return to the city’s most historic entertainment district this weekend, completely taking the neighborhood over for three whole days, and turning it into an even-more-insane shit show than it already regularly is.

We bring this up only to remined you that, as ever, the Deep Ellum Arts Fest is THE WORST. Seriously, it sucks incredibly hard.

In the coming days, we’ll once again — as we do every year — dive into the specifics of why this event is a burden on the neighborhood whose name it appropriates without actually supporting in any way.

In the meantime, no, you won’t find the Deep Ellum Arts Festival highlighted in our weekly breakdown of the best happenings going on in and around Dallas. And, no, this lack of inclusion isn’t an oversight on our part.

There are plenty of rad ways for you to experience this city this week that actually might be worth the effort — presuming, of course, that you’re vaccinated and even comfortable venturing out at all during this still-ongoing pandemic.

Events may be picking back up around the city’s these days as more and more of us get the jab, yes. But that doesn’t mean you have to support shitty old ones like the Deep Ellum Arts Festival just because they’re back on the calendar.

Please, we implore you: Go to one of the below-listed events instead. — Pete Freedman

Armand Hammer At Tulips FW (Fort Worth)
Attending this incendiary rap duo’s show won’t cost you an Armand Aleg (no, we’re not sorry). All it’ll take is $20 to see this show, opened by locals Lord Byron and Heir Max, in which Armand Hammer will be playing from their latest highly acclaimed LP Haram — a collaboration with living legend hip-hop producer the Alchemist. The show promises a deep dive into the sanctity of the forbidden, coming to Fort Worth from New York City. Fun fact: Although Armand Hammer member Billy Woods is based New York, his Backwoodz Studioz label is based out of and runs its shipping out of the same office Central Track is based in! — Ileana Garnand

Blockhead at Deep Ellum Art Company
New York City native Blockhead is an instrumental beatmaker and music producer whose 2021 “Space Werewolves Will Be the End of Us All” tour makes way for his new solo album, which is set to be released this fall on Future Archive Recordings. Blockhead is joined on this bill by Dallas-based electronic musician MkSO. — IG

Dayglow at House of Blues
The indie pop project Dayglow comes from North Texas native Sloan Struble, whose feel-good tunes were inspired by artists like Michael Jackson and Tame Impala. Struble says he prides himself on leading his own creative direction, which is how it came to be that he also produces and mixes his own songs. This show comes in support of his latest album, Harmony House, which he’s said explores the reality of growing up. — IG


Vandoliers at Mama Tried (Irving)
The beloved North Texas alternative country group Vandoliers considers itself part of the “next wave of Texas music,” so it’s only fitting then that the six-piece will be performing its Rolling Stone-approved cowpunk anthems at this Toyota Music Factory in Irving’s Mama Tried honky tonk. Better yet? This one’s free to attend. — IG

The Nixons at Trees
This Oklahoma-sprung alternative rock band is not a crook, but its music definitely stole the hearts of many a Deep Ellumite in the ’90s. Formed in 1989, the Nixons returned to the music scene a few years ago with new material, including their 2020 EP Sonic Boom. With sharp lyrics and electric sound, it seems the band isn’t done kicking down doors just yet. — IG

Kevin Gates at South Side Ballroom
What’s the best way to wait for that upcoming album you’re dying to hear? Go to the teaser concert. Acclaimed Louisiana rapper Kevin Gates’ “Khaza” tour follows the release of his Only the Generals, Pt. II mixtape and is named after his upcoming third album, the release date for which is TBD. — IG

The Green Knight with David Lowery Q&A at Texas Theatre (Grand Prairie)
The acclaimed Dallas director, who’ll next year release an updated live-action Peter Pan remake for Disney, will be in the crowd at this screening of his latest film — a fantastical look at one of the more trippy Arthurian legends for A24 — that will also include a showcase of his latest short film The Year of the Everlasting Storm and a post-screening Q&A following the feature presentation. — PF

Harry Styles at American Airlines Center
There’s only one direction to follow in order to see the British pop star’s rescheduled “Love on Tour” show. Originally meant to follow his second solo album Fine Line in 2020, the tour represents another step back into post-pandemic normalcy. With musical influences from David Bowie, Joni Mitchell and Van Morrison, Styles’ process of using mushrooms while recording may just explain his watermelon sugar high. — IG

Leon Bridges at Southside Ballroom
Originally set to take place at Live Nation and Mark Cuban’s new Design District concert venue The Hifi, this show has since been relocated due to the Southside Ballroom over apparent construction delays. No worries, though! All that really means is more tickets could be sold to see the Fort Worth native — and Texas’ 2021 State Musician — as be brings down the house with his ’60s soul-indebted but increasingly modern R&B-aligned style, as showcase by his summer-released third album, Gold-Diggers Sound. — IG

Pitbull and Iggy Azalea at Dos Equis Pavilion
Mr. Worldwide is coming to Dallas, joined by ‘fancy’ Australian rapper Iggy Azalea. The so-called “I Feel Good” tour is the Floridian rapper and pop artist’s first dedicated tour in four years, and it’s named after his recently released single featuring Anthony Watts and DJ WS. Riding high off of his belief that COVID-19 is a conspiracy, it’s clear that Pitbull is more reliant for radio hits than health advice. — IG

Jukebox the Ghost at Trees
Halloween isn’t here yet — but if the stock of your local Dollar Tree is any indication, it’s never too early to start celebrating the spooky season. Alas, Jukebox the Ghost offers more power pop than scares — but this concert should still offer plenty of treats alongside the season’s tricks. The Washington, D.C.-based trio’s “Cheers! To a Tour” follows the release of their jaunty new single “Cheers!” All outcasts, underdogs and wallflowers are welcome. — IG

Tomar & The FCs at Double Wide
Looking to add some pure soul to your weekend? Look no farther than Tomar & The FCs. The Austin-based blues-and-soul band is lead by industry veteran Tomar Williams, whose collaboration with instrumental group the FCs kind of just seems like destiny in retrospect. The band’s current tour follows their 2020 album Rise Above, whose cover features Williams all suited up like a good soul frontman should be. — IG

Grupo Fantasma at The Globe at AT&T Discovery District
Austin’s Grammy-winning Latin funk orchestra Grupo Fantasma comes to town for a free showcase right in the heart of Downtown Dallas. Your white friends may know this band from their cover of Chicago’s “Saturday in the Park” that was featured in Breaking Bad, but this band’s got a whole slew of skins on its wall after more than 20 years in the game. — IG

Monica, Adina Howard at Music Hall at Fair Park
Unlike the all-male ’90s R&B revue happening out in Grand Prairie earlier in the week, this “’90s R&B Soulfest” showcase is all about the ladies of the era. — PF

Primus at The Pavilion at Toyota Music Factory
We’re not gonna say you won’t hear Les Claypool’s funk-metal band rip off a performance of their South Park theme song at this one, but don’t go into this concert expecting that. Rather, this whole tour — called “A Tribute To Kings” — is being presented as a tribute to the band Rush. — PF

Dallas Observer Brew Fest at the Dallas Farmer’s Market
Beer. Music. Art. Build your own pretzel necklaces. What more could you want from this kickoff to North Texas Beer Week? — IG

Pasos Con at Four Corners Brewing Co.
Launched by a pair of Dallas educators, Pasos for Oak Cliff is a remarkable and still-new nonprofit based out of Oak Cliff that aims to help boost the confidence of impoverished area children by upping their shoe game. This first-ever fundraising event aims to fund their noble cause. From 11 a.m. to 5 p.m., the event will feature: the wares of some 50 vintage clothing, sneaker and food vendors; DJ sets from area favorites including Mutemor, Swavor and Inzo; and multiple $5 raffle ticket giveaways featuring prizes from Mudhook Bar & Grill, Sneaker Politics and other area businesses. The all-ages, indoor/outdoor event is free to attend, but all donations made will directly go toward the organizations efforts of providing new shoes to local students in need. — PF

Swap Meet & Jamboree at Desert Racer
The Lower Greenville eating and drinking destination will make good use of its spacious patio at this first-ever offering of its kind, which will boast a variety of local vendors (including Fxcking Hot Sauce and Outside, Texas), plus live music from aces area music acts Secrecies, Ruff Wizard, Feeves, Phantomelo, FIT and New Avenues. Could this be the start of a beautiful live music resurgence along Lower Greenville? Here’s hoping. — PF