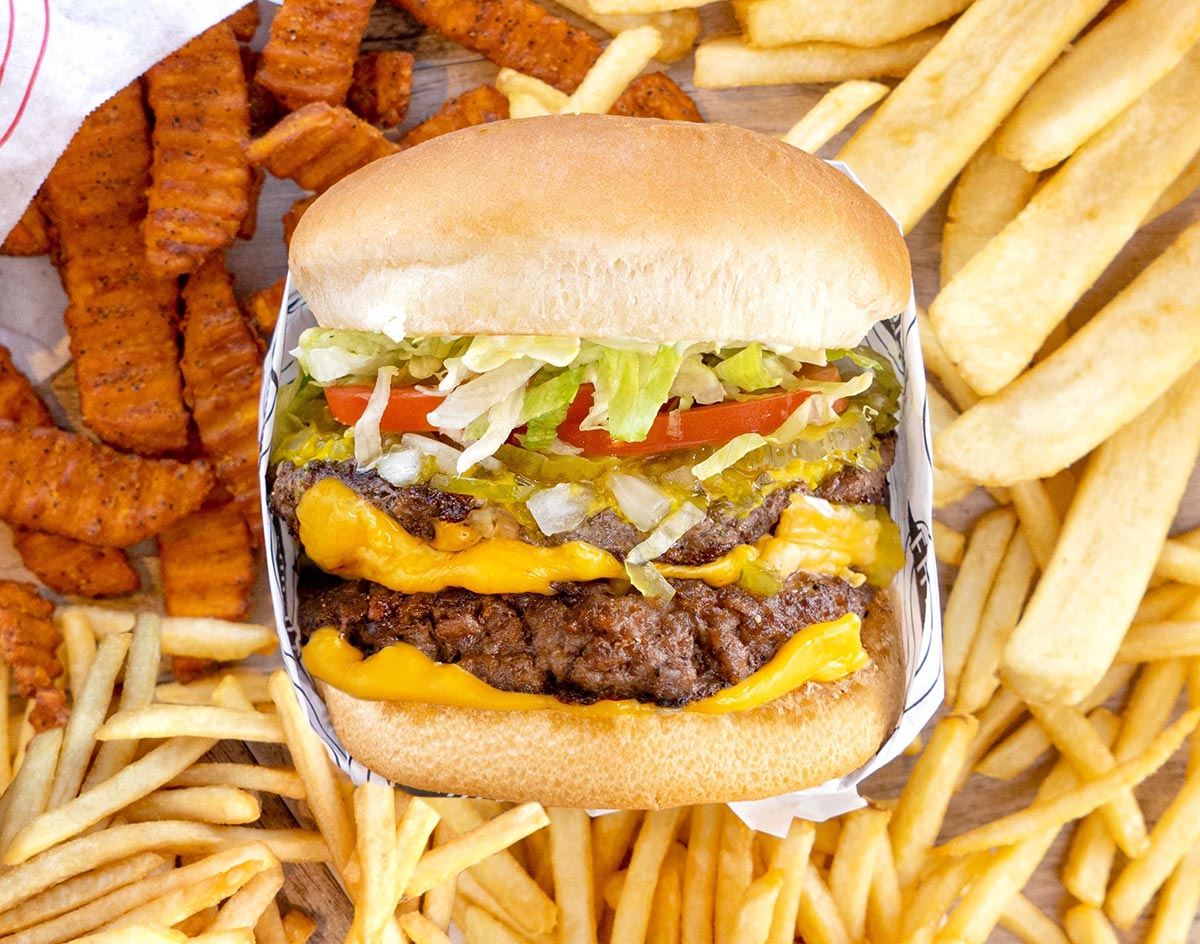 Fatburger Expands Its Dallas-Fort Worth Footprint, Taco Diner Shutters Its West Village Location And New Concepts Pop Up In The Vacated Homes Of Old Faves.

This week’s food news is stacked up like a burger — a Fatburger, that is.

After having previously opened its first Texas location in North Richland Hills, the California-sprung cult favorite burger spot has opened a second location in the state with a store at the Allen Premium Outlets, according to CultureMap. Fatburger specializes in made-to-order burgers, with onion rings, eggs and chili. And, much like that other popular California-sprung burger chain, it even has secret menu items, too — including a veggie burger with bacon that they call “the hypocrite.” Expect to see more Fatburgers around the region sooner than later as well, with a third statewide location set to open in Arlington in the coming weeks and months.

Over in Plano, meanwhile, an appropriately named spot called Suburban Yacht Club is serving up its own take on Southern California cuisine at Granite Park. The menu at the new concept was crafted by beloved North Texas chef Brian Luscher and it emphasizes seafood and healthy conscious plates while also offering burgers and tacos, per the Dallas Morning News. Sounds good to us! We can’t wait to get our hands on another one of Luscher’s burgers, which we haven’t had since his beloved The Grape restaurant on Lower Greenville closed in 2019.

Speaking of The Grape: A new concept from the minds behind The Charles will soon open in The Grape’s previously occupied space. The Charles’ sister concept, appropriately called Sister, promises dishes inspired by Mediterranean cuisine. According to CultureMap, Sister will also be less expensive than The Charles, with many of its bottles of wine being sold “in the range of $60 to $125.” As for the food? I guess we’ll just have to see. They’ve got some pretty damn big shoes to fill, though.

Staying on the topic of filling shoes, CultureMap also has the beat on a new concept taking over the old Cafe Express location that’s been vacant in Mockingbird Station since 2018 — and it’s yet another new offering from the Milkshake Concepts team behind Vidorra, Stirr, Serious Pizza, Sky Rocket Burger, Dirty Bones, Citizen and, most recently, Harper’s. Called The Finch, the new venture will boast elevated American fare and a curated cocktail menu much like the other Milkshake Concepts spots. Expect a raw bar, soups, salads, pastas, pizzas, fish offerings, meat dishes and more when it opens in spring 2022.

Also hitting a wide array of foods — and from a team that got its start in nightlife — is the new Arlington spot Breakfast Brothers. Per CultureMap, the new restaurant from owners Ricky Booker and Jonathan Briley-Smith is offering several hearty plates, including French toast, shrimp and grits, and pork chops and eggs all day long. Were that not enough, they’re also slinging chicken wings with 10 different sauce varieties, and a wild-sounding load fries take that finds the dish topped with Southern-style buffalo chicken tenders, a fried egg, nacho cheese, jalapeno, and sour cream. Finally, something in Arlington to feed our Dallas Cowboys-sized appetites!

Up Garland way, the Revolving Kitchen virtual food hall has a new Cambodian ghost kitchen called Kamp Fire that boasts a selection of “skewers, sausages, noodles, rice and soups” per CultureMap. One of their notable items includes the amok — a Pacific halibut covered in a coconut red curry custard, wrapped in a banana leaf and steamed to perfection. Let’s hope these plates carry well in the car, because we plan to order a lot.

Alas, we’ll be ordering no more from the Taco Diner location in West Village, although the Lake Highlands location will continue carrying the brand’s torch solo. According to DMN, CEO Edgar Guevara has not given up on the Taco Diner concept, and plans to focus more attention on Taco Diner after its sister concept Mi Cocina opens two new locations soon — one along McKinney Avenue in Uptown and one in Klyde Warren Park.

Cover photo via Fatburger’s Facebook page. Got a tip for The Spread? Email us!