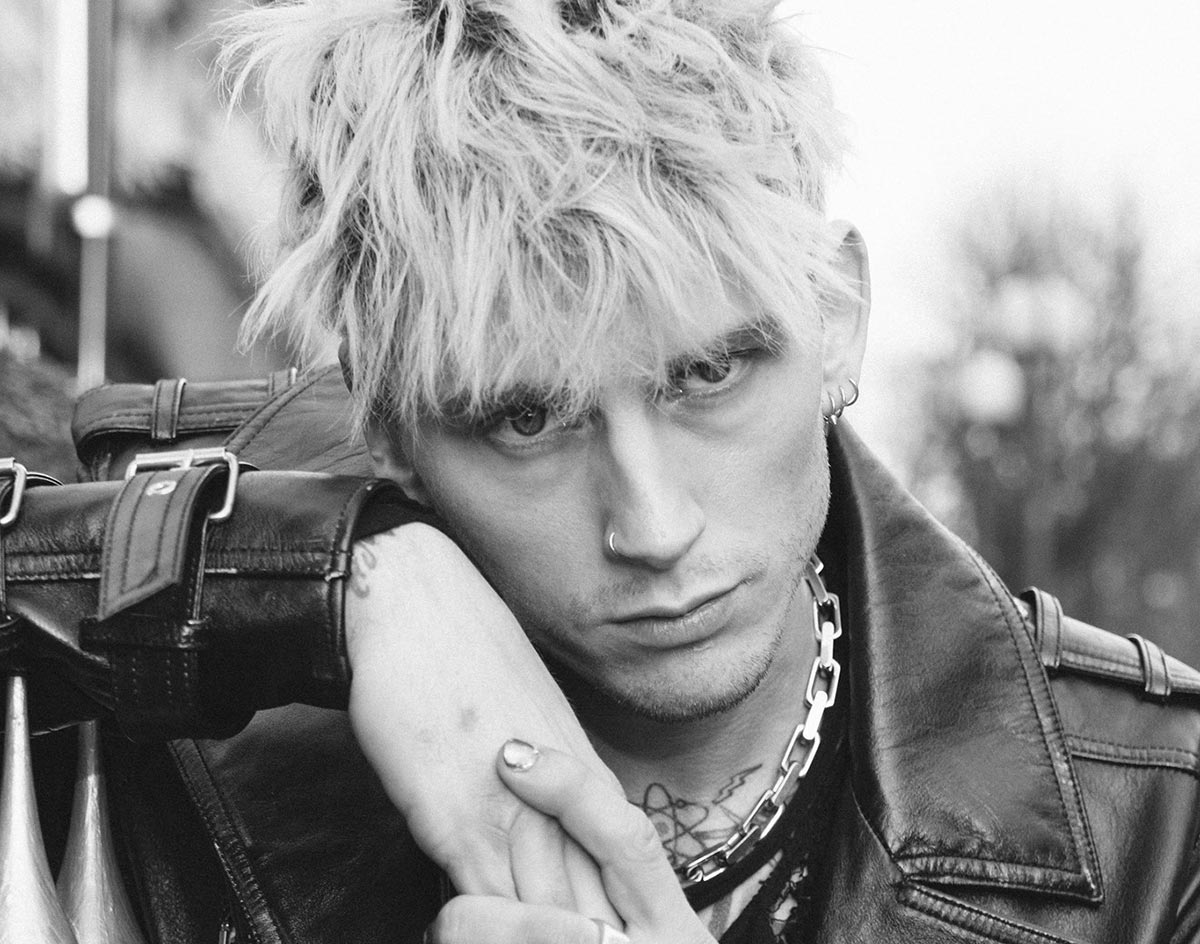 This Week In Dallas, You Can Listen To The Music With Doobie Brothers, Burn Down The House With Isaiah Rashad, Become Weed With Machine Gun Kelly & More.

Has driving around the city and/or scrolling past targeted ads burned the brush strokes of Van Gogh into your brain yet?

Those interactive Van Gogh exhibits are hot shit this year. And, for good reasons but also some not-so-good reasons (as we previously explored), and it’s pretty bonkers that Dallas has two exhibits fighting for our attention.

Well, now one more has been added to the mix. But, instead of the iconic works being projected onto walls in unconventional spaces around the region, we’re now getting the real thing. The Dallas Museum of Art officially welcomed the exhibit “Van Gogh and the Olive Trees” this past Sunday, and it’s here to stay through February 6.

The DMA told The Dallas Morning News that “these days, there are many ways to see reproductions of works by Van Gogh,” cheekily referring to the Instagram-baiting immersive exhibits, “but there is nothing like standing in front of the real thing.”

Pretty funny stuff, if you ask us.

Compared to the projected experiences, this one is cheaper and presented by a trusted institution — so there’s no chance of getting swindled. A win-win!

With a new player in this marketing mayhem, expect to see a couple more post-impressionism billboards on your morning commute. We haven’t seen this much Van Gogh-mania since that one Doctor Who episode that made everyone ugly-cry!

In addition to that exhibit opening up this week, here are some other awesome things happening in and around Dallas these next seven days!

The California Honeydrops at Deep Ellum Art Company
It’s hard to resist doing a little dancey-dance while listening to this roots rock band. Hailing from Oakland, the group takes on a bluesy, jazzy, brassy New Orleans sound, which almost fools you into thinking they time traveled here from the R&B scene of the late 1940s.

The Doobie Brothers at The Pavilion at Toyota Music Factory (Irving)
Calling all stoners, dads and stoner-dads: The Doobie Brothers are finally celebrating their 50th anniversary with a national tour after it had to be postponed in 2020, which was the same year the band was inducted into the Rock & Roll Hall of Fame — albeit virtually. After leaving the group to go solo, returning from time-to-time in guest appearances, Michael McDonald is reuniting with his fellow members for this tour.

Tennis at Granada Theater
This indie pop duo is comprised of a husband and wife from Colorado who churn out multi-era-inspired, feel-good tunes. Check out their latest single “Borrowed Time,” which was featured in latest season of Rick and Morty. Also on this bill are indie singer-songwriters Twain and Molly Burch.

Isaiah Rashad at South Side Ballroom
Five years after the Tennessee-based affiliate of the lauded TDE crew dropped his last album, Rashad finally released his The House Is Burning LP back in July. Featuring guest appearances from Lil Uzi Vert, Jay Rock, SZA and 6lack, the album is the most acclaimed of the 30-year-old performer’s career — proving that some things are indeed worth the wait.

Mega Ran at Amplified Live
We’ve had a couple of nerdcore artists pop through the region these past few weeks, and here’s another of the rap variety. Raheem Jarbo — aka Mega Ran — mixes rapping with chiptunes to create what he calls chip-hop. He started his venture into music during his career as a middle school teacher, and is still holding on to the passion on education by hosting hip-hop seminars for kids. His sophomore self-titled album was even cosigned by the studio behind Mega Man, making him the first rapper to be licensed by a major game developer.

The Psychedelic Furs at Granada Theater
We sure do love their way. This post-punk UK group is one of the pioneers of modern alternative rock. In 2020, they released their first album since 1991, proving they still got it since their hay day of the ’80s.

Jamie Foxx at The Pavilion at Toyota Music Factory (Irving)
Terrell-sprung actor/musician/comedian Foxx is visiting five cities for the release of his first memoir, Act Like You Got Some Sense. Both funny and heartfelt, he reflects on his upbringing, multi-award-winning Hollywood career and the experience of raising his daughters. Each ticket also comes with a free singed copy of the book!

Anthony Hamilton and Tank at Texas Trust CU Theatre (Grand Prairie)
This R&B, neo-soul singer has one of the smoothest voices in the music biz right now. He’s been singing since his teenage years, climbing to notoriety until his first handful of Grammy nominations in 2004 when he was 33. He released Love is The New Black this year, and it features appearances by Jennifer Hudson, Rick Ross and Lil Jon. The Grand Prairie show also features Tank, Alex Isley and J. Brown.

Lord Huron at Panther Island Pavilion (Fort Worth)
These tear-jerking and ethereal-sounding indie kings are stopping by Fort Worth on their world tour. If you don’t recall listening to them at a coffee shop or a sad teen girl’s Spotify playlist, just know they have been featured on the soundtracks of 13 Reasons Why, Community, Grey’s Anatomy, The Sims 3: Seasons and many others.

Dallas Stars vs. Los Angeles Kings at American Airlines Center
This is the Dallas Stars’ home opener for the 2021-22 season. Everyone in attendance tonight gets a magnet calendar, and the first 15,000 fans get LED bracelets. Check out our Stars season preview here.

Jonas Brothers at Dos Equis Pavilion
Where were you when the JoBros announced their comeback? While we still appreciate the Disney days, these brothers have come a long way since then — call it a Jonas Brothers renaissance, if you will. Will they ever truly top “Burnin’ Up,” though? Let’s be realistic, now. In addition to pop hit after pop hit, they also recently came out with a popcorn brand. A reasonable next step!

The Millennium Tour 2021 at Texas Trust CU Theatre (Grand Prairie)
This early 2000’s nostalgia lineup is stacked: Omarion, BOW WOW, Ashanti, Pretty Ricky, Soulja Boy, Llyod, Ying Yang Twins and Sammie. It’s a tour for… well, the millennium! Rapper-singer Lizzo was recently in attendance at an earlier stop on this tour, gushing over the experience on TikTok and saying, “B2K REUINITED AND I CRIED LIKE A BABY. THIS IS MY SUPERBOWL.” Will you bring that same energy?

Egg Drop Soup at Three Links
If Nirvana, PJ Harvey and Motörhead had a rebellious love child, you’d get this is all-women punk outfit. The trio has released three music videos within the past year, the latest being for their new single,” Whiskey Priest.” As their Instagram bio says, “FUCK THE KOOLAID — DRINK THE SOUP.”

Soccer Mommy at Granada Theater
The woman behind Soccer Mommy is 24-year-old Sophie Allison from Nashville. Her quiet voice is both mesmerizing and casual, smoothly singing out pop-laced indie ballads. Her newest song, “rom com,” has two versions — “rom com 2004” and “rom com 2021” — which perfectly capture the vibes of each respective year they were inspired by. The visuals of the singles are inspired by Ninentdo’s Miis, which made for one of the cutest websites of any musician we’ve seen.

Hayden Pedigo at Rubber Gloves
A soundscape artist, Pedigo uses his acoustic guitar to create ambient music that captures the vastness of the Texas panhandle. If not for the music, you may recognize him from his highly-publicized run for office in his hometown of Amarillo, for which he was the subject of a documentary called Kid Candidate that screened at the 2021 Oak Cliff Film Festival. This is also his first tour!

Jim Jefferies at Majestic Theater
This Australian comic is known for black comedy and satire, with his sets typically full of talk about religion, alcoholism, politics and other touchy subjects. In addition to eight comedy specials, he had his own late-night show which ran for two years. We wish this tour wasn’t called “The Moist Tour” — but, unfortunately, that’s what Jim went with.

Mon Laferte at House of Blues
This Chilean singer is known for her musical versatility. Just this year, she has released and/or been featured on eight singles, including a jazzier, Spanish version of Billie Eilish’s “Wish You Were Gay.” In addition to her musical talents, she is also a painter, and recenly debuted a 76-piece art exhibit at the Museum of the City of Mexico.

Lilly Hiatt and Lydia Loveless at The Kessler Theater
If you like women in country, here’s two of them on one stage. Both these ladies’ recent works deal with the feelings of loneliness and disorientation, using their music to tether themselves back to their identities.

Machine Gun Kelly at The Pavilion at Toyota Music Factory (Irving)
This meme-able rapper-turned-punk-rocker doesn’t just smell like weed. He is weed.