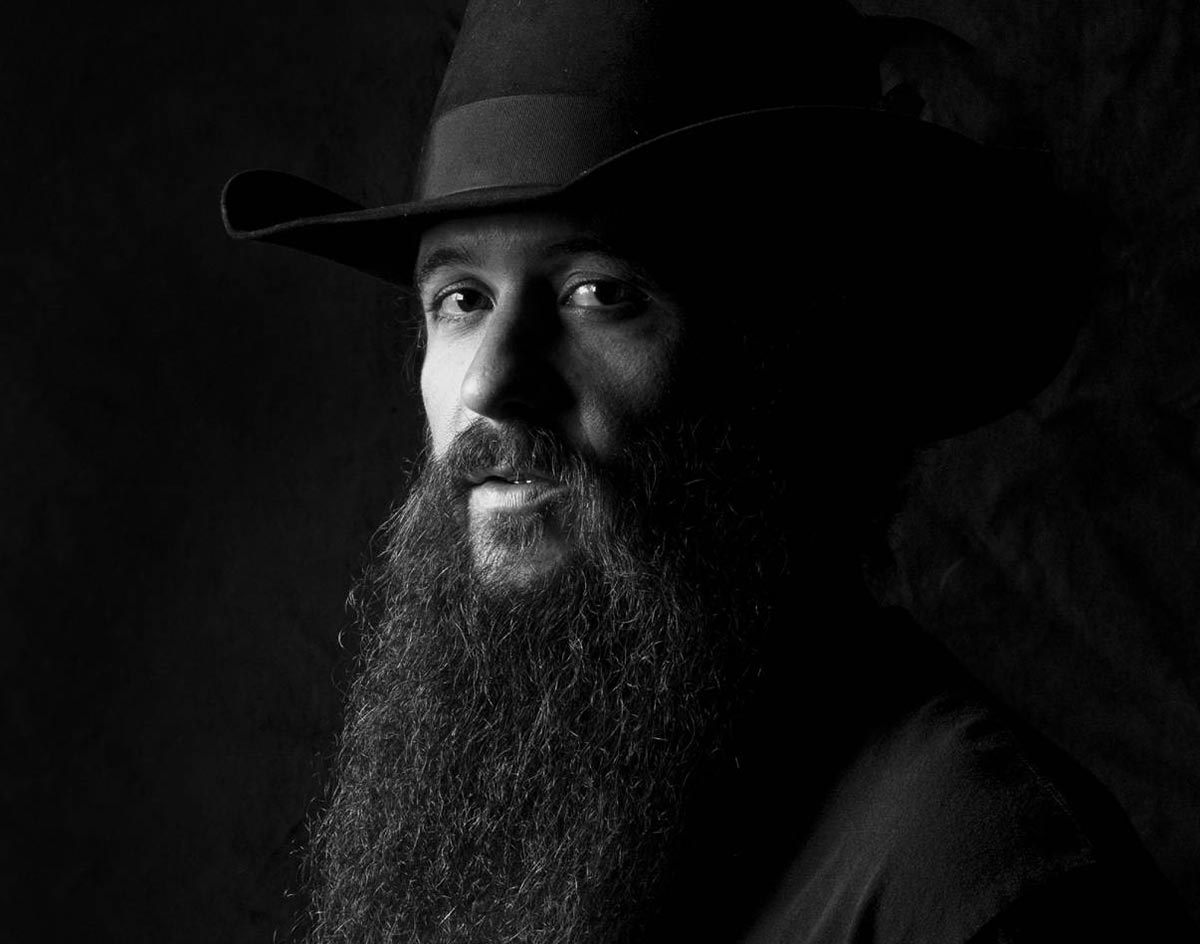 After Finding Footing As An Outlaw Country Musician, Fort Worth’s Cody Jinks Is Once Again Dabbling In Metal — While Still Pushing The Twangier Stuff Too.

Cody Jinks & Caned By Nod — “Seeing Ghosts”
RIYL: stalking your old crushes on social media
What else you should know: Whoever said you can’t go home again never got through to Cody Jinks.

After giving music a go as a metal musician for the first decade and a half of his career, the Haltom City native — as so many other musicians have attempted — switched up his aesthetic in the mid-’00s and gave country music a go. Unlike many others, though, he found success. Since the 2015 released of his breakthrough Adobe Sessions LP, Jinks has become a shining star in the outlaw music realm, his deep vocals resonating with audiences and carrying the four studio albums he’s released since into the top five of of Billboard‘s Country Albums sales charts.

Now, with the leeway provided an artist with that kind of success, Jinks is still continuing down the twangier path he set out upon all those years ago — while simultaneously embarking upon a sojourn that nods back to his roots.

On November 12, Jinks will release a new country record called Mercy while at the same time dropping a new metal album called None The Wiser that he’s created alongside his new metal band Caned By Nod. It’s a bold move from an artist that Nashville music industry trade publication MusicRow named its 2020 independent artist of the year — and kind of a cool flex, too.

It’s certainly putting a lot on the performer’s plate. Since announcing back in August his intentions to release his two new projects on the same November day, Jinks has released six new singles from his upcoming collections — three from Mercy and, as of this weekend, three from None The Wiser.

The most recent of the None The Wiser single teases is also the most sonically compelling. Whereas his previously released Caned By Nod singles very much put the same kind of Jinks vocals that country music fans have come to expect from the musician at their front and center, “Seeing Ghosts” distorts Jinks’ voice some while at the same time receding it into the fiery mix that the rest of the song’s ripping instrumentation provides. Ditching that familiarity for speed and raw power is an effective ploy; “Seeing Ghosts” is barely over two minutes long, but it’s a relentless blast over that stretch.

One needn’t look much farther than Pantera’s dalliances with country music to know that there are ways in which the two genre’s Jinks is playing in to coexist, but it’ll still be interesting to see how he handles each of those sonic directions of his moving forward. Will Caned by Nod exist completely outside of his solo material? Could the metal stuff bleed over into country live show offerings for a little jolt of energy at some point in the set list? The possibilities are as vast as they are intriguing — and earned, thanks to the work Jinks has put into his career in recent years, too.

On “Seeing Ghosts,” anyway, all that effort appears to be paying off in terms of artistic freedom. Whether it’s a sign of things to come, or just a temporary sighting involving an apparition of influences past remains to be seen.