Forechecking: Your Dallas Stars Are Back In Action!

Now That The 2021-2022 NHL Season Is Officially Underway, Let’s Take A Look Ahead At The Season That Awaits The Bois In Victory Green™.

Your Dallas Stars are back, baybee!

They’re back in the Western Conference for a whole dang season, back in blackout jerseys (well, some of the time, anyway) and back in our Victory Green™-loving hearts. Head coach Rick Bowness returns behind the bench with a mostly similar roster that went from Stanley Cup finalists to regular season also-rans in the matter of a two-season stretch that only ran for what felt like a couple of months.

Should fans be concerned?

I mean, this is a team that’s same same, but different, but still same!

Well, to a degree. Not everyone is back. But a lot of players you love are! But some are gone.

To help you sort through the madness, we here at Forechecking™ have decided to take a look into the goners and the newcomers on this year’s squad, and to try to figure out what does it all mean.

Jamie Oleksiak: The beloved “Big Rig” was finally reaching the heights that Dallas envisioned the 6-foot-7 rearguard could attain when they drafted him 14th overall way back when in the 2011 NHL draft. Alas, for the second time in his career, Stars fans were forced to say goodbye to Oleksiak this off-season, as he begins his tenure on the expansion Seattle Kraken with a fat new five-year deal worth $23 million. We’re not saying Oleksiak owes his former partner Miro Heiskanen a Starbucks gift card for making him appear like a top pairing defender to the rest of the league, but we’re not not saying it either.

Andrew Cogliano: The ironman veteran forward has returned to the West Coast, where he has spent the bulk of his 1,066 games in the NHL. This time, he’s doing so in Shark Teal, on a one-year contract. “Cogs” will do his best to stabilize a San Jose team that has one of the biggest knuckleheads in the league on its roster. But with the Sharks playoff prospects bleak, we expect to see Cogliano get flipped at the trade deadline to a team in contention.

Ryan Suter: One of the most consistent defensemen in the NHL since breaking into the league way back in 2005 with the Nashville Predators, the 36-year-old joins the Stars after signing a four-year, $14.6 million deal this summer. Yes, that would mean a 40-year-old could be patrolling the Stars’ blue line in the near future, but general manager Jim Nill had to give term to land one of the better options on the market. Suter was unceremoniously bought out from his long-term deal in Minnesota, and should be plenty motivated at the top of his time in Dallas, anyway. Sliding from the Wild’s top D-man to the Stars’ third-best option in the back-end is the perfect situation for both player and team. For a franchise in win-now mode, this is a really good signing. Plus, truth is, he’s an upgrade over Oleksiak.

Braden Holtby: Seems like it was just yesterday that the Capitals were swimming in fountains and drinking their way through every street in Washington D.C. after capturing Lord Stanley’s Cup in 2018 — a postseason-run that hinged heavily on the stellar play of Holtby in net. Several underwhelming seasons later, the former Vezina Trophy-winning goaltender finds himself in Dallas on a one-year “prove it” deal that stands as one of the more controversial Jim Nill maneuverings of the offseason. With no assurance of a return for injured Stars goalie Ben Bishop, and question marks surrounding which version of Anton Khudobin will show up this year. (Dobby does look noticeably thinner.) And so Nill smartly and cheaply acquired the veteran to allow last year’s rookie sensation Jake Oettinger to further develop in the AHL with a full workload. Is Otter NHL ready? Last season informed us that he is, but we suppose there are still elements to his game that need ironing out before he can truly carry a contending team once Bish, Dobby and Holtby age out of the league. Heck, we could still see Otter returning to Dallas before seasons’ end! But Holtby is a great stopgap in the interim, and he should see a return to form behind the Stars’ goaltender-friendly defensive system.

Tyler Seguin 2.0. No longer the budding superstar who was cast away from Boston, Seggy returns fully healed to the lineup as a grizzled veteran within a sticks’-length of 800 career games played at this point. My goodness! No longer the team’s top offensive threat at center, and likely no longer at Jamie Benn’s side either, Seguin is entering a new chapter of his career where he is no longer the “go-to” guy to kickstart the team’s offense. That’s fine. He hasn’t broken the 20-goal mark since 2018-2019 when he netted 33. We’re not worried, though. We think Seguin has plenty of gas left in the tank to be an impact player. We also believe he is severely underrated in the defensive zone and on the face-off dots, where he provides the Stars with quality work no matter the situation.

Revenge-Mode Alexander Radulov. Like a tire deflating, the injured Raduolov’s absence from the lineup last year was obvious in the forward group’s overall production. Rads’ enthusiasm and creativity is contagious, and we will gladly take his offensive zone penalties in exchange for that banana boost he provides the offense. We welcome him back this year with open arms.

Roope “NHL” Hintz: Yet another major contributor to the Stars’ offensive production who was hampered last year by injuries and unable to play a full slate, Hintz’s return to full health has us hyped. How hyped? This hyped: 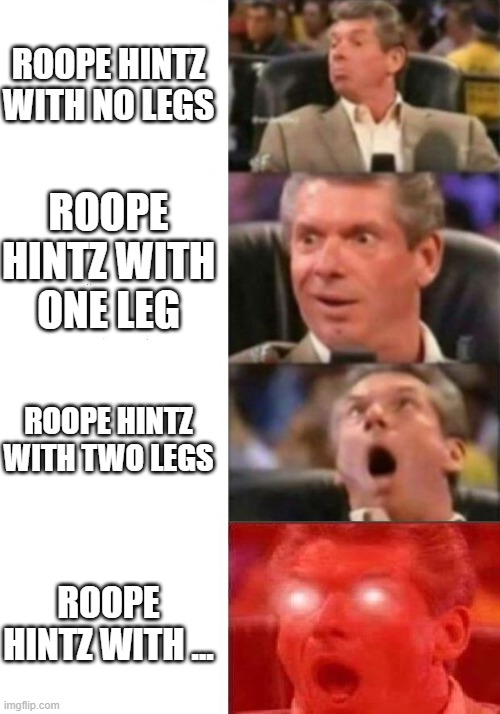 I expect coach Bowness will be tinkering a good deal with his lineup combinations this year, particularly up front with the forward groupings in the early goings of the season. Here’s my prediction for how things should play out as time goes on.

No matter how things shake out, here’s the important part: That’s an above average lineup, boys and girls and anyone who identifies in between! There’s plenty of talent from top to bottom here, and a good mix of youth and experience to go with skill and grit.

On paper, this Dallas defense might be the best group the Stars have assembled since 2000 — which may be a bit bittersweet, as it could be our man John Klingberg’s last season skating in Victory Green™ as he is on the last year of his contract and due to get paid bigtime soon.

Also of note is the fact that largely unheralded Swedish rookie Jacob Peterson has earned himself not just a roster spot but a position as a top-six forward. The Stars have been really been fortunate with their draft picks turning into studs in recent years. Could we have the makings of another Jason Robertson on our hands? We don’t want to get ahead of ourselves, but the 22-year-old with “tremendous hockey IQ” looks like the real deal already. He notched his first NHL goal in the Stars’ opening night game at Madison Square Garden last night, check it out: