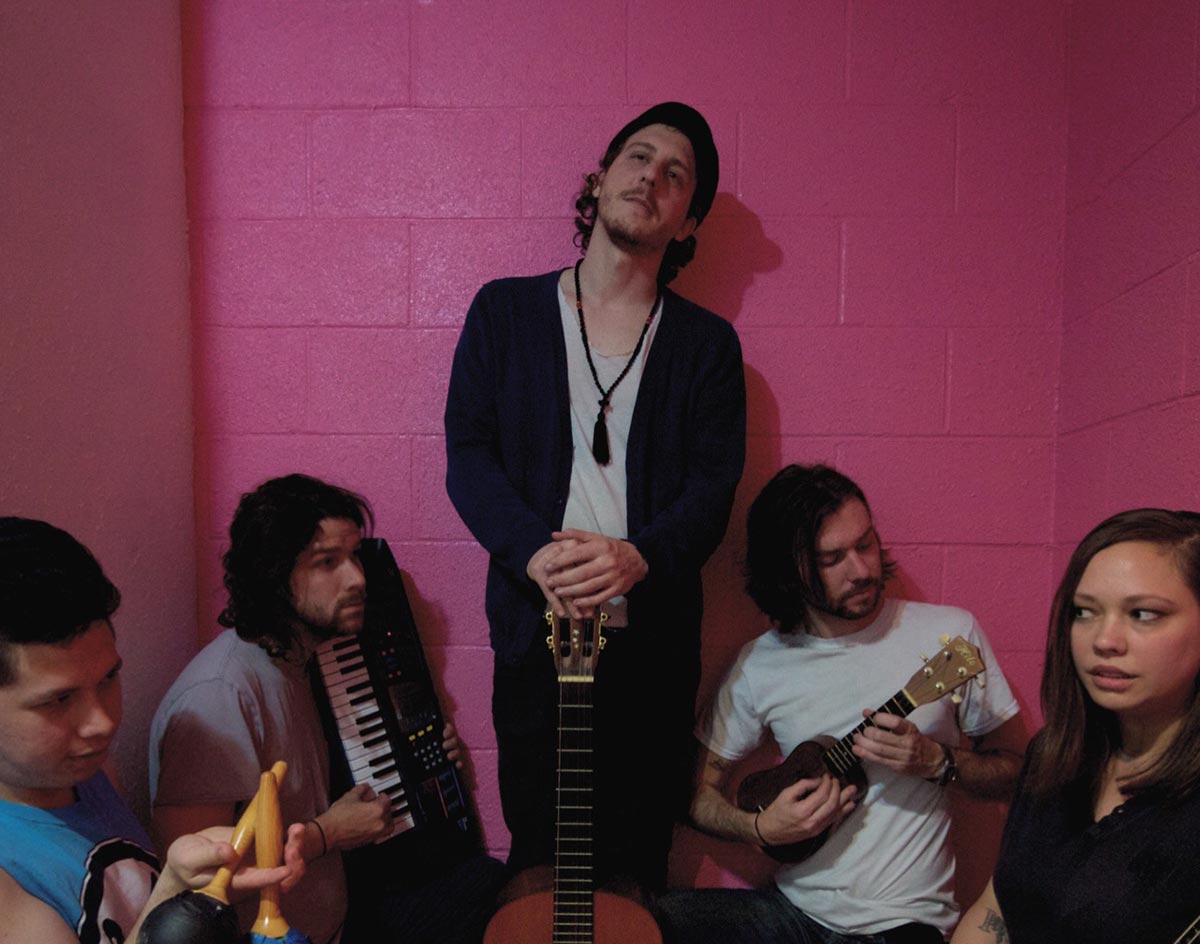 It Might’ve Taken Five Years For The Forthcoming Sur Duda Album To Take Shape, But We’re All Wrapped Up In The Band’s Cheerful, Wilco-Like New Single.

Sur Duda — “Sashimi”
RIYL: flying in an aeroplane over the sea
What else you should know: As if it weren’t already overrun with local talent on its roster, Fort Worth’s Dreamy Life Records has another great North Texas act on its hands with Sur Duda. The latest project from label head Cameron Smith — the frontman of the late, great War Party — Sur Duda may be another vessel for the Smith’s songwriting, but it’s got a different bent than his solo material, which we featured in this space a few months ago.

Centered around the songwriting of Smith, the now-six-piece known as Sur Duda — along with a small army of guest musicians — is about to release a new album called Total Distortion next month. Their last record came out in 2017, and the writing for this album started in 2018 before it was finished this past summer, so it’s safe to say that this collection has been in development for quite some time.

A handful of the album’s 15 tracks have already been released for the world to hear, but we’re spotlighting the tune “Sashimi” here.

Total Distortion was mostly recorded at Dreamy Life’s own Cloudland Studios, with Smith taking the lead on producing duties with his bandmates’ help. It’s a wide-ranging collection that veers from classic alternative rock styles to poppy folk, with “Sashimi” sounding particularly inspired by Wilco and Neutral Milk Hotel.

From start to finish, the tune is all smiles. With joy in Smith’s vocals, he sings in English and in French alike across the song’s 3:17 runtime. It’s a very proactive, optimistic and enjoyable tune.

It’s nice when bands truly take this kind of time time to hone their craft. Why rush something when the payoff of really stewing over something can produce these kinds of results?

Sure, Sur Duda fans have had a number of years of waiting to get this crop of material, but “Sashimi” shows the wait has been worth it.