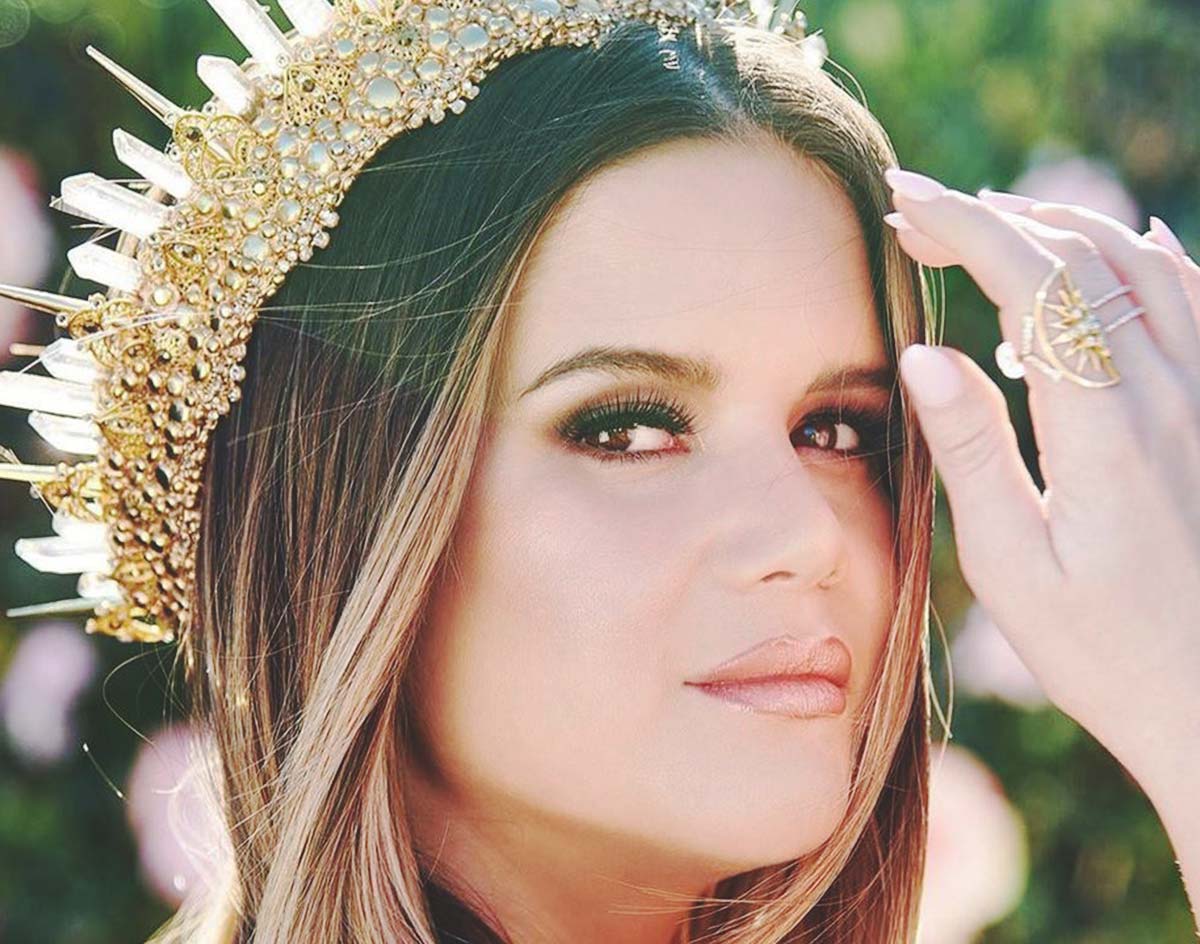 Maren Morris Tops The Charts And Gives Birth, Power Trip Smacks Down Trapt, That Vaughan Brothers Monument Is Finally Up In Oak Cliff And Much More.

Lest anyone needed the reminder: The show goes on.

What? You thought a measly global pandemic could stop the Dallas music scene from making a little noise these past few weeks? Hogwash. Very little has slowed in this realm over this stretch.

To that end, let’s catch up on all that we missed. Yes, all of it. It’s a lot! So much so that we’re foregoing our usual White Noise format and breaking this here edition down into three somewhat digestible chunks: News, videos and new music.

First up, the news, which is thankfully almost exclusively positive stuff this time around!

Onto the new music video portion of the proceedings!

Starting things off is the HalfpintFilmz-directed clip for Lil 2z‘s “On My Own,” which may have dropped middle of last month but is still worth your watch.

Dallas R&B performer Dezi 5, on the other hand, saw his Jeremy Biggers-directed new clip premiered by Billboard, which is a nice coup for the performer.

No less dramatic is the new visual for Starfruit‘s wild “Barbarians of Grey Fire” single.

Oh, and the aforementioned David Morgan? The rapper we already told you had a placement on Catwoman earlier this month? He dropped a new video, too.

The Ottoman Turks also dropped a new video — this one for their single “Red” — that was shot by the band itself, entirely on their iPhones.

Meanwhile, fast-rising Dallas R&B singer KAYWHT took to the Belmont Hotel (among other locations) to film the new video for her keeper of a single, “Pity.”

Dallas rapper Devy Stonez is also a man about town in the visuals for “Beep,” the lead single off his forthcoming Vol. II: Forever Chillen project.

Then there’s Tay Money, who somehow keeps managing to win us over with the release of the video for her latest, “Bussin (Whole Brand New).”

Another powerful Dallas female — Rosegarden Funeral Party frontwoman Leah Lane in this case — has a new Erin DeVany-directed clip for a solo track she recently released.

Then there’s young singer-songwriter sensation Remy Reilly, who goes on a little solo jaunt around her neighborhood for her new “Little Things” video.

The new video from blues rockers Holy Roller Baby is, on the other hand, a somewhat darker look at social distancing. Check out “Leper Blues” below.

None of the above surreal enough for you? Fine. Let’s end the video portion of this post with a look at RodricksLogic‘s Jordan Peele-inspired “Us” clip featuring lyrical Dallas emcees 7 Tha Great, Que P, Rakim Al Jabbaar and N’dygo Jonez.

You thought we were just going to share fully produced music videos and not use this space to also hype up some of the more interesting audio-only releases from around the region of late?

Shame on you. I mean, shit, we already told you at the top of this post to expect this portion and everything!

Starting things off here, we’ve got North Texas pop-punk heroes Bowling for Soup, who checked in with a bouncy cover of The Eagles‘ “Already Gone” seemingly just because.

Also with a new project out is the upstart metal outfit Maldevera. Honestly, we’ve barely listened to this one, but we have to include them just for the cheeky album name they’ve released this material under. They call it Eat A Dick, Dallas.

Los Angeles-based, Dallas-sprung rapper Matt Swagnew, on the other hand, has nice things to say about our fair city in a song honoring his hometown off his new Layered LP.

The math-y Fort Worth hardcore outfit Unspell is a little more open to anyone‘s ideas in their new Believe In What You Want EP.

Denton’s The Hope Trust adds a little synth to its previously roots rock-focused stew on new single “Gonna Find Out.”

The snotty Hoaries are still paranoid as ever in their newest single, “Ritualized Cloning.”

The futurists in LLORA, meanwhile, are the latest North Texas act to team up with Austin’s Holodeck Records, which is pushing the band’s new, ’80s-recalling “Bad Behavior” single.

Mining similar territory to different, more anthemic results is synth pop act Pleasure Crisis on its new We’ve Got It All EP.

Speaking of dualities, Nathan Allen (of Seryn) and and his brother Timothy Allen (of Shane Smith & The Saints) have a project called, fittingly, Brother Band, which just released their debut Vol. 1 LP.

Fort Worth Southern Gothic Psych rockers Picnic Lightning also have some new material in the form of a new single called “Six Feet Under.”

Dallas rapper SadFaceThuggin has gone a littler farther with his new single, “My Addiction,” which dropped with a lyric video this week.

Not to be outdone, the aforementioned singer-songwriter Remy Reilly — we shared her new music video above — dropped a new, Jason Burt-produced single about domestic abuse called “Just Stop.”

On the other hand, new Dallas indie band Cryptolog might not have many skins on the wall, but its new “Drink Deeply” single shows some serious promise.

Fort Worth’s Henry The Archer is similarly reaching for the stars with its new “Venus” single.

And, though it was released back in January, we figure now’s as good a time as any to highlight Bayleigh Cheek‘s impressive “Release Me” single.

More timely is this new single about the pandemic from Dallas rapper Clay Perry called “Viral.”

Dallas singer-songwriter Court Hoang is going a more heartfelt route — par for course with him, frankly — on his new “I Make No Promise” single off his forthcoming Make or Break EP.

Up-and-coming country rockers Texicana, meanwhile, are also pro-action on on their new single, “A Little Bit Of Love.”

Meanwhile, here’s hoping that Fort Worth rapper Prestonn Peacock new single “OMG” is just the start of things to come and not the climax.

And, finally, to close out this massive collection of new area releases, we present you with a guy who knows a thing or two about taking his time: After years of maintaining a presence in the scene, producer Capshun finally — borderline mercifully — dropped his debut Okami EP this month. It’s absolutely worth your time.