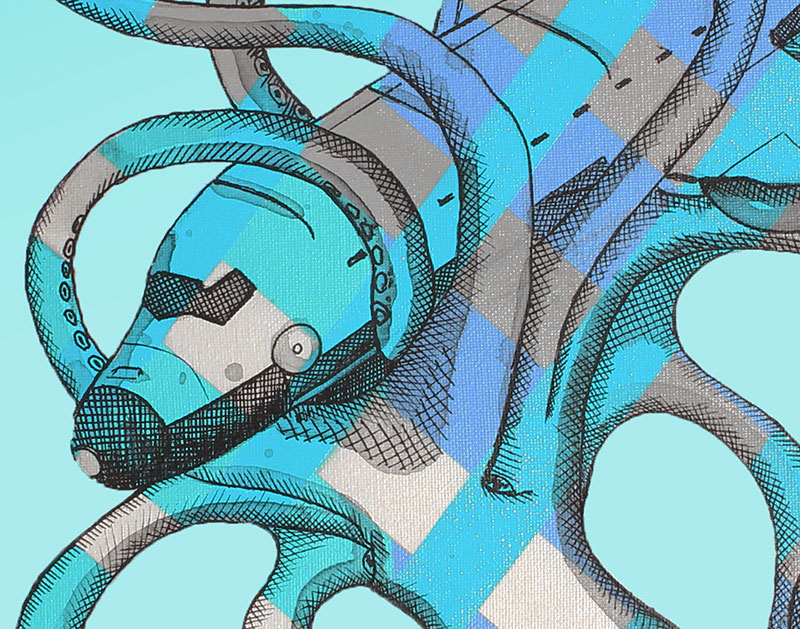 Vandoliers — The Native
RIYL: Gang vocals, country guitars and songs about Texas.
What else you should know: The Vandos may have celebrated dropping this one locally last weekend before heading out on their current two-week tour across the country, but today is the official street date for this State Fair Records release. It’s as solid a collection as front-to-back Americana songs as any band in Dallas not named the Old 97’s has released in the last five years at least — which is fitting, as the band will open for the 97’s on another tour run later this year. There’s a reason people are so gaga over this band. They deserve it.

Norah Jones — “Black Hole Sun”
RIYL: Tasteful covers.
What else you should know: Much like Paul Cauthen and Cody Jinks did last week, Norah Jones covered Soundgarden’s “Black Hole Sun” in honor of the late, great Chris Cornell’s passing. Unlike Cauthen and Jinks, she didn’t do so in the studio, though; instead, the Booker T. Washington High School product did so on stage on Tuesday night while performing at the Fox Theatre in Detroit — the very same stage where Cornell played his last show. It’s an awesome spin on the song, and Jones makes it all hers. Like Cornell, she really is a phenomenal, generational talent.

Loafers — Bobby
RIYL: Stealing Waco’s best offerings.
What else you should know: After dominating the Waco punk scene — there is one, we promise! — the guys and gal from Loafers decided it was time to move on to a bigger market to try and give the live music thing a go. After deliberating over moves to Austin, Houston and Fort Worth, the band settled on Dallas where it’s slid perfectly into the scene alongside area genre torchbearers Sealion. This new four-song EP was recorded by Britt Robinshaeux at Fort Worth’s Cloudland Recording Studio, and it blazes by in fewer than nine minutes in total length. Of course, it only takes about three of those minutes to determine that the release is legit and that Dallas is lucky to boast this group and its music, which is even better when consumed in a live setting.

Yak The Mack — “GQ”
RIYL: Haute fashion.
What else you should know: Capitalizing on the fact the he recently modeled the latest line of Yeezys for GQ, the Dallas rapper boasts about his fashion sense in a song about that career milestone. The catwalk-themed video directed by Dance Dailey also features cameos from the director himself and frequent Yak collaborator T.Y.E.

K-Wonda — “Keep it Real”
RIYL: Rappers who sound like they are from Atlanta.
What else you should know: This song from the 21-year-old Fort Worth rapper K-Wonda comes off his upcoming Product Of The Streetz mixtape. The video is flashy and the song manages to slightly overcome any eyerolls it may induce for sounding like every other modern rap song, which is it’s beat, while enjoyable, sounds a lot like every other trap beat we’ve ever heard.

Joseph Wayne Miller — “Turn On All The Lights”
RIYL: Albums named after Dawson’s Creek characters.
What else you should know: This is the first single from the 27-year-old Miller’s upcoming second full-length, Pacey. Also laid down at Cloudland Recording Studio in Fort Worth, the song was produced by Siberian Traps’ Peter Wierenga and features backing efforts from members of that same band, plus Gollay and War Party. It’s a pretty straightforward rocker, with some loungier elements thrown in toward the end, but it still manages to compell.

Jackie Daytona — “Comin’ To Get You”
RIYL: Bands whose names sounds like Will Ferrell charcters.
What else you should know: Not a person, Jackie Daytona is actually a duo — one that consists of former Flying Machine member Jack Doyle and former Air Review player Justin Robinson. It’s a mostly straightforward rock effort built around around a beefy riff and singalong backup coos. But bonus points for including the lyrics “Power Ranger to the rescue!”

Wax Ruins — Heavygazer
RIYL: Volume.
What else you should know: A couple weeks back, we premiered “Temple of Smoke,” the lead single from this now-fully-released six-song effort. Now we present the whole damn thing, all of which was recorded up Argyle way with some help from Mat Pence at the Echo Lab. It’s a beastly effort, as catchy and riffy as it is sludgy. Expect to catch yourself immediately listening to this thing a few times over before walking away.

Ignatius — Where The Spirits Roam
RIYL: Moods.
What else you should know: This hella impressive debut collection of massive R&B-meets-gospel-meets-dark-pop tracks was recorded at The Kitchen in East Dallas. It’s as vibey and moody a collection of songs we’ve heard out of any local artist all year — and a refreshing and bold new area take on the R&B genre at large. If the opening title track doesn’t suck you in with its sheer ambition, I don’t know what to tell you. You must not have listened to Bone Thugs-N-Harmony as a kid.