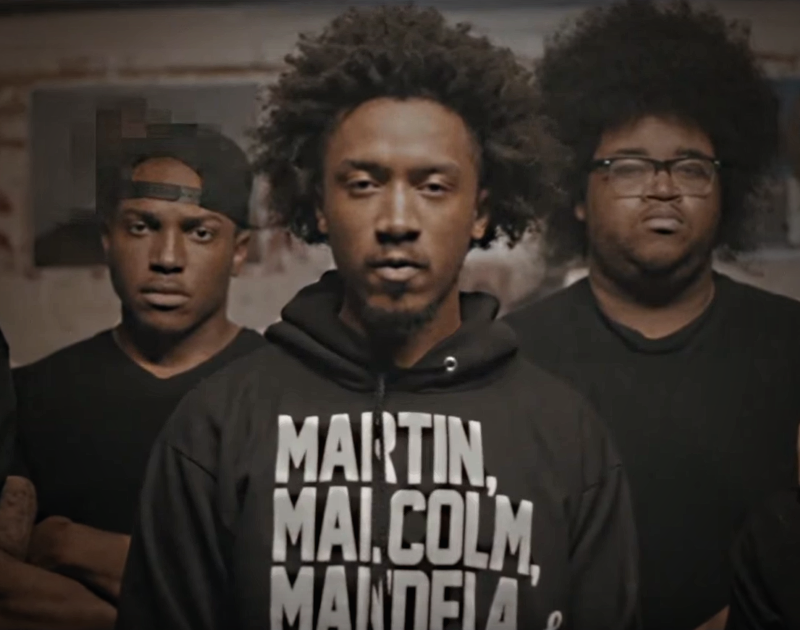 Bobby Sessions – “Pick a Side”
RIYL: Calling out defectors.
What else you should know: With the release of this, his second single since signing with Def Jam in the spring, Sessions’ mission statement is becoming all the more clear. While racial issues have always been a big player in his material, the Cerebral Assassin is now making a concentrated and calculated effort to address fucked up racial issues in more disruptive ways than ever. Here’s what he told The Fader about this track earlier this week: “The same way a person would sacrifice his or her relationship with the people on the field in order to get in good with the master, we have the same thing happening today where there are black people in positions of power and positions of influence that have opportunities to shed light on real situations affecting their own people. Instead, they dismiss them in the pursuit of getting the acceptance of white people in positions of power and it needs to be called out.”

Paul Cauthen – “Lil Son”
RIYL: Spreading the gospel.
What else you should know: This is the third — and final — pre-release single from Cauthen’s Have Mercy EP, the rest of which comes out next Friday. Of the seven tracks, this is the only one solely written by Paul, and without the assistance of a Texas Gent or two. It’s also the best of the three tracks so far. The choruses are giant and triumphant like a horse at full gallop, sounding as if they’re quite proud to pass down the words of spiritual wisdom that have been handed down by the generations that came before.

LEV – “Last Mouth Running”
RIYL: Summer soundtracks.
What else you should know: Recently, Vox did a great piece about a certain orchestra hit sample frequently used in the ’80s. It is, they point out, one of the big reasons Bruno Mars’ “Finesse” sounds so evocative from the first listen on — because the familiar sound creates a certain sense of nostalgia. Similarly, LEV’s new summer jam employs certain effects in the drum patterns and vocal harmonies that immediately brings to mind scenes from many great late ‘80s and early ‘90s movies. “‘Last Mouth Running’ is a summer groove that will make you want to dance,” says the singer. “It’s about empowerment, boldness and fearlessly going for what you want in the world.” You can catch her live at The Rustic tomorrow (June 16) performing as part of HypeFest.

Washed Up Rookie – No Celebration
RIYL: Oxymoron.
What else you should know: These Fort Worth cats are ‘60s-inspired, but not in the minor pentatonic Zeppelin-y kinda way. It’s slow-burning, late-night psych-influenced blues. The too-much-ride cymbal-type of lo-fi gravy, and warping tape sounds make it feel like it could actually be from that time, too .

Jason Eady – “Calaveras County”
RIYL: Friendly faces.
What else you should know: This true story about running into some strangers after Eady’s father’s truck ran out of gas is more lighthearted than the fare from his 2017 record. For his upcoming I Travel On LP, due out in August, he used his most recent live band in the studio for the first time, recording “live, single-take sessions.” Most notably, his wife Courtney Patton – who recently put out a critically adored record of her own – shares vocal duties.

David Morgan — L(Over)
RIYL: The Last of The Mohicans.
What else you should know: It’s been a minute since we head from The Mohicans, the group with which Morgan first burst onto the local scene at the start of the decade. But, even when that group was still moving forward, Morgan was dropping solo material. This EP, which has been on our radar since February, feels like a culmination of Morgan’s previous efforts in many ways. Its seven tracks are thoughtful, deliberate and clever — and just more evidence of why so many within Dallas’ music community are quick to call Morgan the scene’s best-kept secret.

TEGA — Body
RIYL: Raising awareness.
What else you should know: TEGA is a new Dallas artist that released his debut LP last month. He’s a Berklee kid, so he gets cute with the sevenths and other four-note chords on the release — y’know, as one does. But, of the many folks in town jumping on the jazz/hip-hop/R&B hybrid train of late, TEGA actually does it with some thought. Much of his project seems to relate back to the death of the artist’s father due to sickle cell anemia, and TEGA himself says he plans on using his new platform to become an advocate that raises awareness of the disease.

Outlaw Mel – “Money Truck” (feat. 03 Greedo)
RIYL: Backing it up.
What else you should know: I’ve never actually heard a money truck backing up before — I am not rich, biatch — so I’m not sure if they actually sound like purring alley cats or not. But Mel from The Outfit claims to know here on this track, which doesn’t sound all that difference from what you might expect to hear out of a song from his group, which has been quite popular around these parts for some time. You’re no doubt familiar with the lane that they tend to stay in, no? Well, Mel doesn’t swerve too much from it here.

IBRA — “210 (The Hills)”
RIYL: Spinning off from Laguna Beach.
What else you should know: Beyond what we’ve written about him, there’s not much info out there about IBRA. Per his Tumblr, he’s 18 years old, was born in Pakistan, raised in Toronto and currently lives in Dallas. Also: Music is his passion, and he writes, engineers and produces all his material by himself. Young and mysterious though he may be, he does an excellent job mixing up acoustic and electronic elements, live playing and heavily produced bits. He’s smooth as hell.

Cody Jinks – “Must Be the Whiskey”
RIYL: Raising hell.
What else you should know: Released today, this is the first taste from Jinks’ forthcoming Lifers LP, which is his first since signing with Rounder Records. But don’t worry whether leaving the indie life behind is going to change the loud and heavy country boy too much. This one isn’t too far a cry from Less Wise track “Hippies and Cowboys.”

Dead Mockingbirds – “Strung Out”
RIYL: A good sense of humor.
What else you should know: In and out in under two minutes, this is the first single from the Dallas rock trio’s upcoming Greatest Hits LP, which is actually comprised of all new material. LOL. The full thing comes out next Saturday when the band performs live at The Armoury in Deep Ellum.

GRAVEDWELLER — “Lil Jeep”
RIYL: Keeping the memory alive.
What else you should know: In an April 2017 interview with Montreality, Lil Peep dropped the following nugget of wisdom about life after death: “You could just wake up again, I know there’s something because you can’t kill energy, energy doesn’t die. There’s literally like a weird thing that like leaves your brain when you die, it leaves your brain and just like floats out into the atmosphere or whatever.” That is to say it is possible the 21-year-old emo-rap innovator didn’t die of a Xanax overdose last fall, but that he is actually floating out in the atmosphere. Or whatever. As long as folks like this grungy Dallas hard rock act are covering your tunes, are you really dead? The memory certainly isn’t.

Devy Stonez — “Angels In Los Angeles”
RIYL: Spanish en español.
What else you should know: After years of dropping standalone singles, this the first taste from Devy’s first-ever mixtape, which comes out next weekend. It was produced by English producer Jan Branicki, whose groovy live bass and swaying samples provide a nice R&B backdrop, over which Stonez slickly attempts to woo a cross-country crush through rhyme.