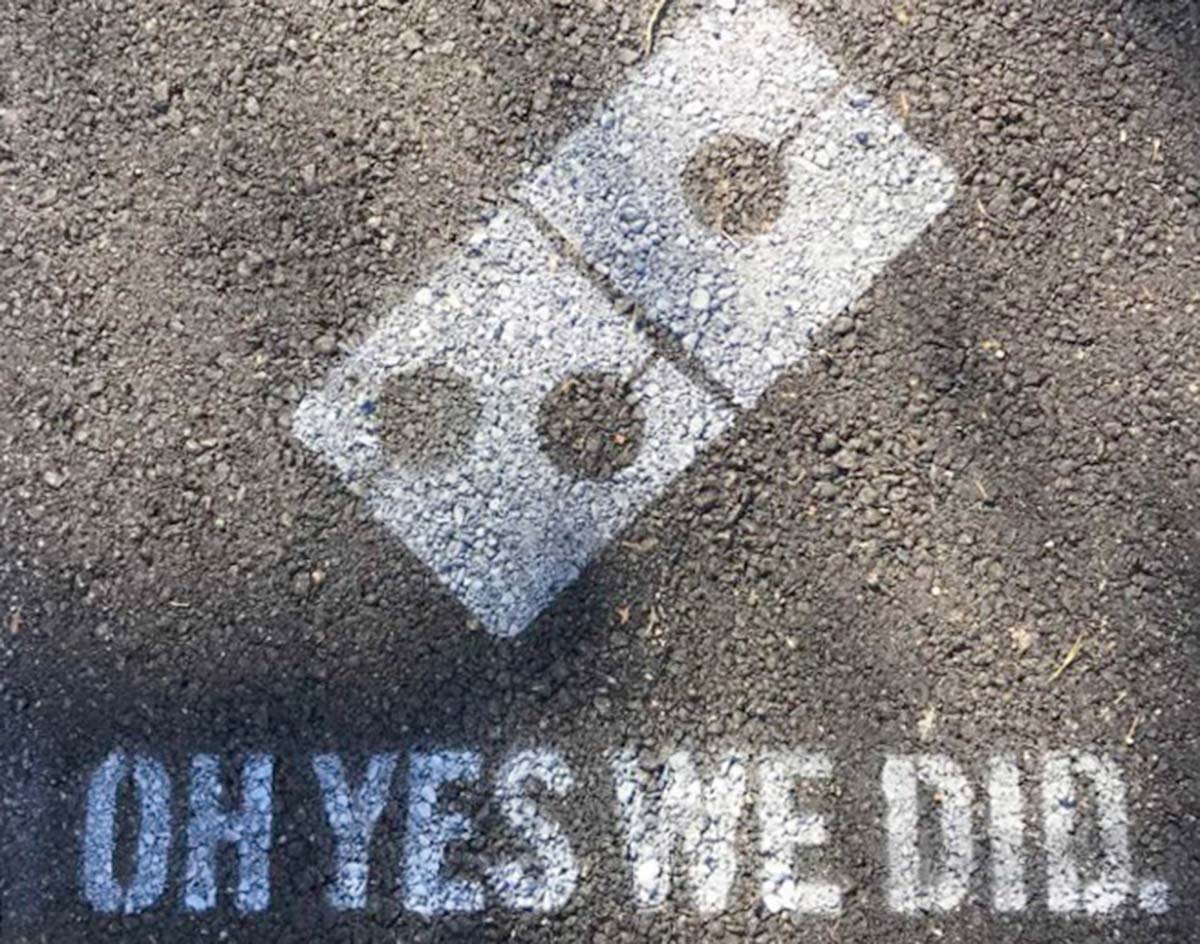 Domino’s Pizza’s Latest Marketing Campaign Is To Go Around The Country Fixing Our Broken Streets’ Potholes. Dallas Could Use The Help.

It really sucks when you hit a pothole on the way to work and you get a flat tire. But it’s a situation with which many of us in Dallas have become intimately familiar in recent years.

Hey, that’s what happens when the city lets its streets deteriorate as badly as Dallas has. Just how bad have things gotten, though? Well, it turns out that not even spending $90 million a year on fixing our broken streets really does anything to improve the current level of shittiness. All that does is pay for a dozen or so dedicated two-man crews, who can repair around 38,000 potholes a year — and, as we all know, there’s, like, way more than that.

Yeah, Dallas’ streets are in a bit of a no-win situation for the time being. It’s been this way for a while now, too, with Mayor Mike Rawlings repeatedly identifying potholes as an area in which the city needs to improve — even if he tends to do so without offering any real solutions to the problem.

Enter an old rival of Rawlings, who served as the CEO of Pizza Hut before entering the political fray. That’s right: Domino’s Pizza is offering to solve Dallas’ 2.6 potholes per mile problem — or, well, any city’s potholes, for that matter.

It’s a gimmick, to be sure, but it’s already made a difference in one North Texas town. In the tiny town of Bartonville, just north of Denton, fresh blacktop courtesy of Domino’s is already filling the cracked streets.

Silly as it is, the idea could be just the ticket to finally make a dent in Dallas’ never-ending pothole problem. Sure, voters approved a bond allotting $533,981,000 for street repairs over the next few years in last November’s elections, but Domino’s is offering to fill these holes now.

We just need to head here and nominate our streets in order to make it happen.

Or, barring that, we can always just hit up the city directly to fill our holes. But that’s just not as fun. Or as efficient.