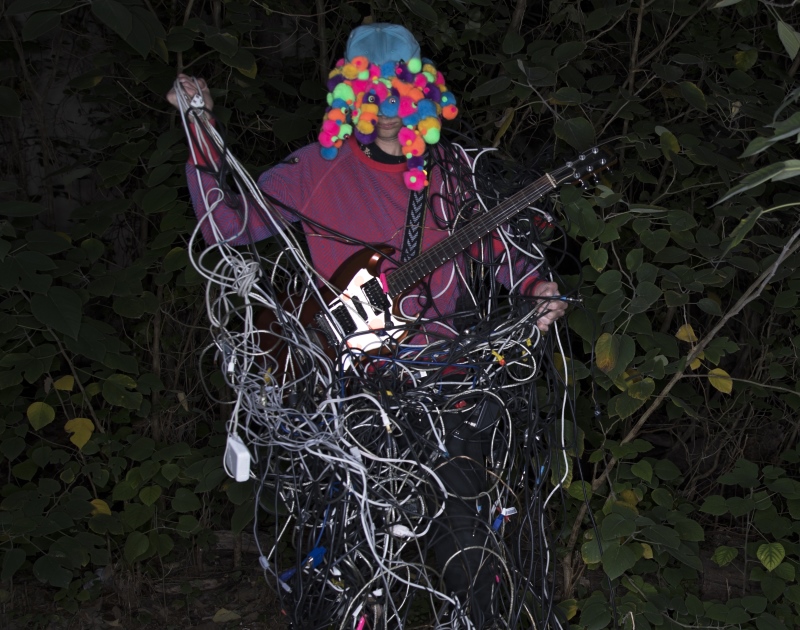 Sur Duda – “Paper Knife.”
RIYL: Living the dream.
What else you should know: Recently credited by Texas Monthly as being one of the originators of the current Fort Worth music scene, Cameron Smith is gearing up to step out with his most fully-realized solo project to date. The War Party frontman is joined on this, the title track from his forthcoming Sur Duda LP, by that band’s drummer Peter Marsh (here on guitar), as well as Movie the Band’s Jesse Gage on drums and current Fort Worth Weekly cover boy Andy Pickett on keys. The rest of the album releases on November 25 via Smith’s own Dreamy Life label.

Lord Byron – “BBB (Big Baller Bandz).”
RIYL: Mike, and/or wanting to be like him.
What else you should know: Does LaVar Ball really believe he could take Michael Jordan one-on-one with an arm tied behind his back? Or is it a hubristic way to sell some knockoff sneakers named after his kid, the Lakers’ unproven rookie point guard Lonzo? Both scenarios are pretty baller – just ask him! That’s the heart of Byron’s nod to Ball and his Big Baller Brand. Says Byron, the song is “inspired by Lavar Ball and the Ball Family’s will to create their own lane and market without subscribing to someone else’s vision, that’s big baller shit.”

New Fumes — “Rioter’s Milk” (feat. Wayne Coyne).
RIYL: Helping a fwend in need.
What else you should know: New Fumes’ Daniel Huffman has had a fairly long history of lending his talents to various Flaming Lips projects. He notably collaborated on the band’s 2012 The Flaming Lips and Heady Fwends LP, and even helped take blood samples from fellow collaborators, which were injected into a special, limited run of vinyl. On the forthcoming sophomore New Fumes LP — Teeming 2 earns its release November 24 via Rad Cult – Lips frontman Wayne Coyne returns the favor. He sings, plays guitar and bangs on a cymbal on this track.

Ynfynyt Scroll — HEQ Mixtape.
RIYL: The best part of waking up.
What else you should know: Former Weekend Coffee barista Rodrigo Diaz has, in recent years, relocated to Bogota to work for a coffee exporter. It’s a move he tells Remezcla that inspired a new period of creativity – hence the newly released mixtape above. Says Diaz: “It’s extremely inspirational to my music to be here, particularly going deep in the high-mountain campo, interacting with people and hearing what music they listen to and their views on the world.”

Tru Def — Dreams II Reality.
RIYL: Learning new tricks.
What else you should know: Tru Def has had plenty of success previously, from opening for Ludacris to starring in a Bud Light commercial and landing an endorsement deal with K-Swiss. Up till now, though, he’s relied on outside producers to help him achieve his unique hip-hop/EDM fusion. Between last year’s Aufstand and this follow-up, though, he learned the craft on his own, leading to his producing these 13 fresh tracks himself.

Sub-Sahara – “Royale With Cheese.”
RIYL: The cornerstone of any nutritious breakfast.
What else you should know: You know what they call the closing track from Sub-Sahara’s upcoming EP in Paris? “Royale With Cheese.” That’s also what we call it here in its country of origin, though. As of this writing, these young Fort Worthers were almost sold out of the 100 presale cassette copies of their EP, but streams of the above are unlimited. The full thing comes out November 24 via scene-builder Cam Smith’s Dreamy Life Records as well.

Slim Lemon – “Better I Should Know.”
RIYL: Making psychedelic lemonade.
What else you should know: This start-up Dallas psych band played its “first” live show last night at Three Links in honor of the release of the first single from a still-in-the-works, self-titled EP due out in the coming months. The reason we put first in quotations is because the trio has actually been around for a few years now, previously playing shows as Drug Animal. The noisy, “heavy metal psychedelic waltz” above is just the beginning of the new beginning.

Ronnie Fauss — Last of the True.
RIYL: Both kinds of music.
What else you should know: Borrowing players that have backed the likes of Jason Isbell, Emmylou Harris and Justin Townes Earle, Dallas singer-songwriter Ronnie Fauss bounces between electric guitar-driven Americana and stuff that’s a bit more honky-tonk on his latest effort for New West. Aside from the 10 originals (one of which is a duet with Ben Kweller), the disc also features a trio of covers from some of Fauss’ biggest and most obvious influences in Uncle Tupelo’s “New Madrid,” Okkervil River’s “The Velocity of Saul at the Time of His Conversion” and Bob Dylan’s “Don’t Think Twice, It’s Alright.”

Ruby Boots – “It’s So Cruel.”
RIYL: Texas jelly.
What else you should know: The Australian-born, current Nashville resident is one of the buzzier acts in Americana right now, even earning a spot on Rolling Stones favorite things from this year’s Americanafest. We include her here, not only because we too dig her hard-driving, electrified take on the genre, but because her upcoming album was recorded at Dallas’ Modern Electric Sound Recorders with Beau Bedford at the helm and the Texas Gentlemen as her backing band. Good enough for us! The album comes out in February via Bloodshot.