Song Of The Day: Siobhán Linnane feat. Donovan Bogney — “9 To 5” 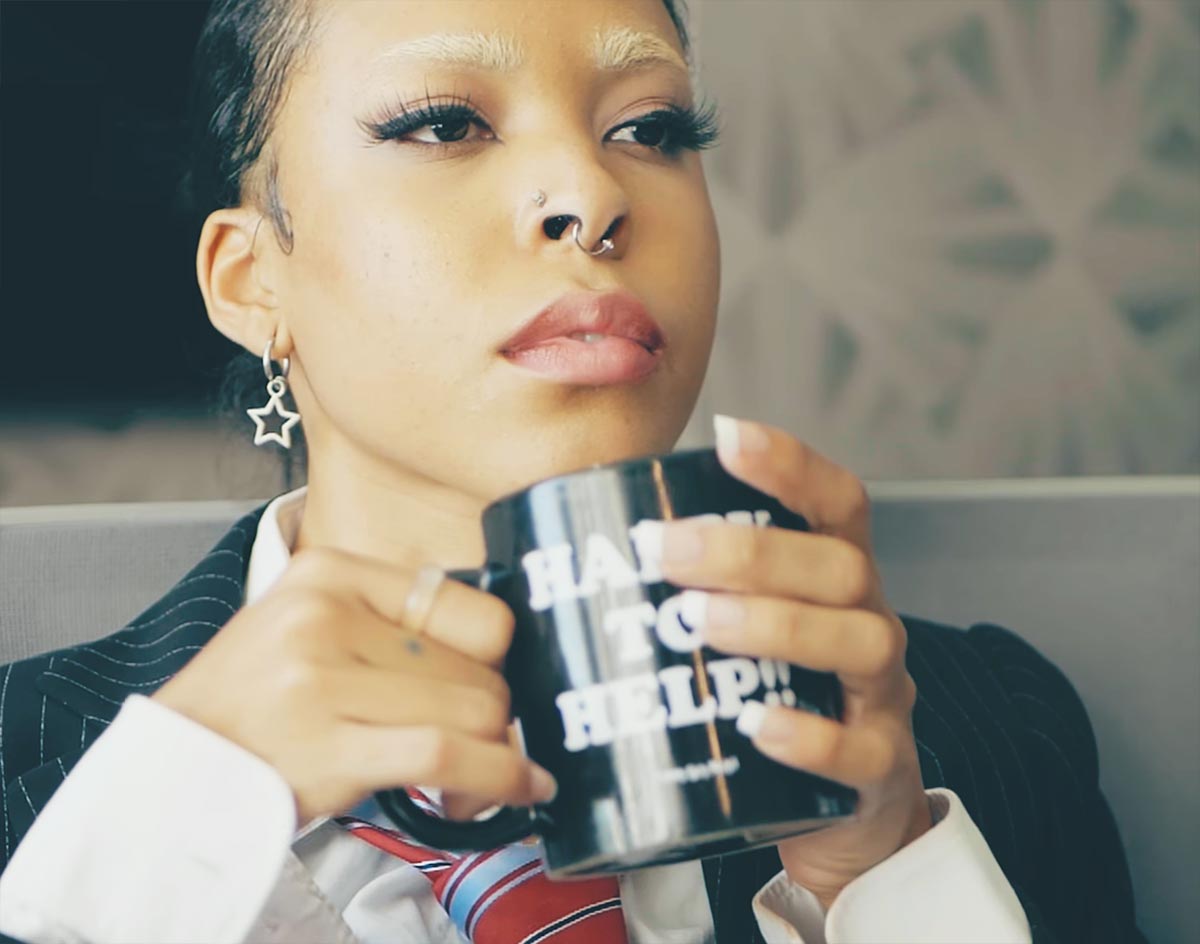 On A Tasty New Single Inspired By Gordan Ramsay’s Raging Temper, The Fiery Dallas Performer Warns The World That They’re A Force To Be Reckoned With.

In September, the Dallas-based artist dropped “9 to 5,” the newest single off their upcoming Sweet Tea album that reveals the performer’s unfiltered, badass personality.

Let’s remember Linnane’s 2019 DemiGods EP and their sweet, silky-toned vocals was heavily inspired by artists such as Aaliyah, Janet Jackson and Solange. Those smooth R&B tracks, combined with Linnane’s popstar attitude, was an invitation into their world — one built while pursuing a degree in theater.

But the Ish D-produced “9 to 5” is far from sweet. Years after establishing themselves as a recording artist, Linnane is using their new single to let everyone know who the real boss is.

In the song’s Reel Bump-directed music video, Linnane plays both a Gordon Ramsay-inspired chef and a top executive dressed in suit and tie while leading a conference room meeting. Linnane’s top-notch performance as an irritated chef yelling at their cooks’ faces, who are seen chopping and nervously over-mixing flour, is on par with their aggressively hyped-up vocals.

“If you can’t stand the heat get outta my kitchen,” Linnane sings before pushing one of the cooks chopping cucumbers out of their station. Perhaps the best scene, though, is when Linnane holds guest featured performer Donovan Bogney of The Crown TX’s head between two slices of bread and shakes him — a reference to Gordon Ramsay’s “idiot sandwich meme.”

Lyrics of “don’t hit my line” and “don’t waste my time” continue as Linnane dances in a conference room in front of a TV that hints about their next album’s arrival. At the same time, Linnane offers a bit fo a warning: “Watch your mouth/Somebody could take your place tonight.”

If anyone is going to take over, either in the kitchen or in the studio, it’s this brash new artist. Linnane may be an amazing actor, but their musical talent is no act.