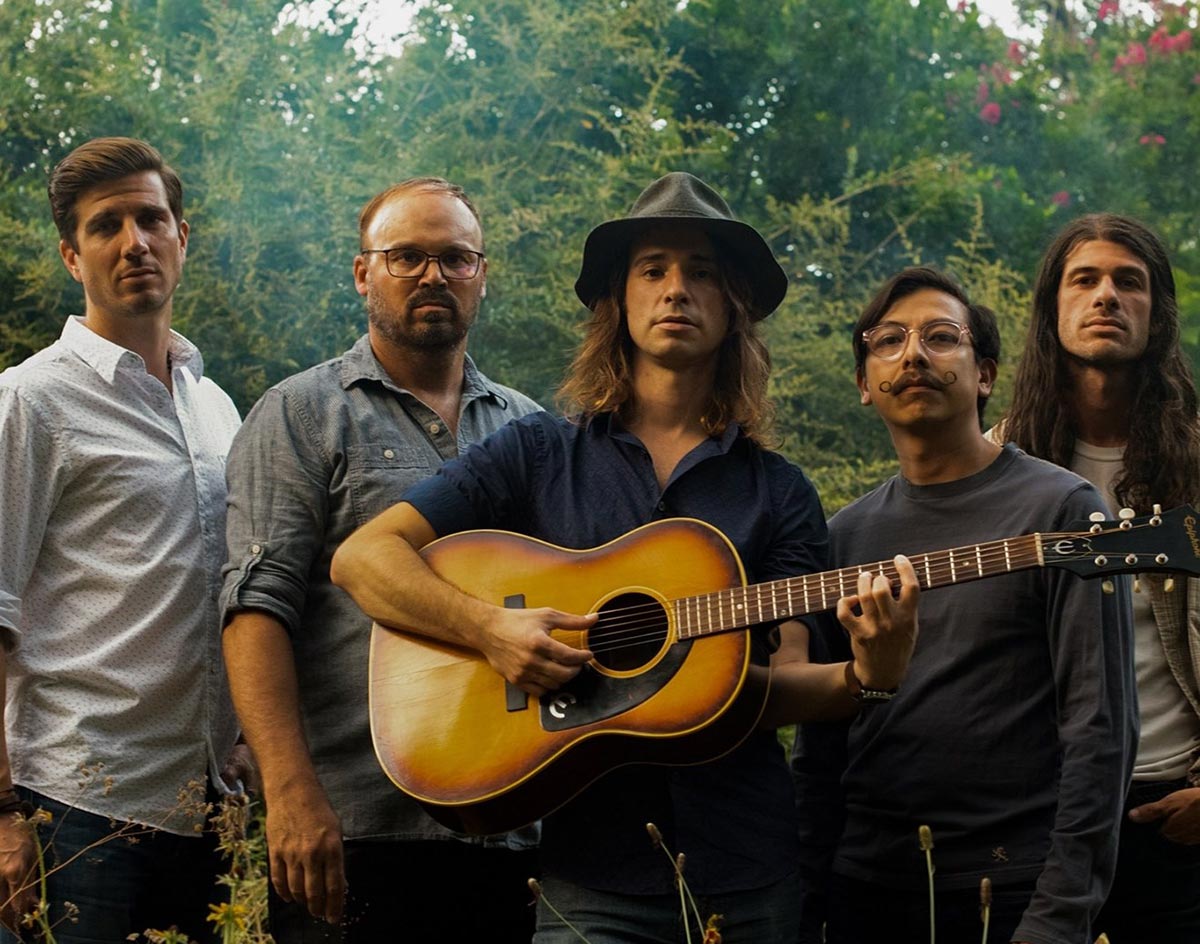 The Lead Single Off The Denton Band’s Debut LP Is A Sincere Midtempo Cut That Feels Like It Belongs On The Soundtrack To A Romantic ’90s Indie Movie.

Fresh Ghosts — “Better”
RIYL: picking up the pieces
What else you should know: Denton musician and guitarist Alex Hastings isn’t new to the local music landscape, but his voice is.

After having contributed his talents to such area acts as Claire Morales, The Demigs, The Hope Trust and Edgar Derby over the years, Hastings is now fulfilling his long-held dream of stepping to the front of the stage and leading his own band.

Technically a five-piece with Hastings on guitar and lead vocals, Hastings’ new Fresh Ghost project also features Kevin Layne on keys, Matthew Morin on drums, Mike Flores on guitar and Blake Vaughn on bass. But liner notes on the band’s September-released debut album Soft Edge tells an even more collaborative story about the band’s introduction to the world; featuring a rotating cast of 15 musicians from across North Texas lending a hand to the cause, Hastings is the album’s only real constant across its 10 tracks.

That makes sense, really. As Hastings recently told the Dallas Observer, the songs on the fittingly titled Soft Edge (more on that in a minute), are tracks that he’s had in his back pocket for years, but that never really got fully fleshed out until he committed to recording them and inviting as many friends into the process as he could. Lead “Better” single is in many ways about this same concept, as it lyrically centers around the idea of moving past trauma and diligently working toward self-improvement — a notion further hammered home by the charming Dan’s Silverleaf-set and John W. Chambers-directed video paired with the track.

Like many of the other songs on Soft Edge, there’s not a lot of urgency or flare to be had on “Better” — but Fresh Ghosts’ sound is all the (pun intended) better for it. It’s is a midtempo offering that stands strongly on the foundation of the melodic songwriting chaps flashed throughout its verses, bridge and hook. It’s also an emotionally vulnerable and sincere song both in lyrics and sound; it would feel right at home on the soundtrack to a ’90s indie romance film recommended to you by a hip Blockbuster employee, and it would surely be played during the aftermath of some anguished climax in the movie’s final third, during which the lead character commits to writing the wrongs of his ways.

It’s a throwback of a track in that sense. “Better” isn’t concerned with cool points or TikTok virality; it’s wholly intent on storytelling, scene-setting and its own vibe. It’s a rewarding private listen, a song that provides a gateway for its listeners’ own introspection.

Not every song is, or has to be, one that’s enthusiastically shared over a stereo among friends at a party. Some are destined to be kept close to individual chests, to be cherished and kept for themselves.

Some songs are improved by an intimate listener-music relationship like that. Some songs, like this one (quite literally), are “Better” that way.