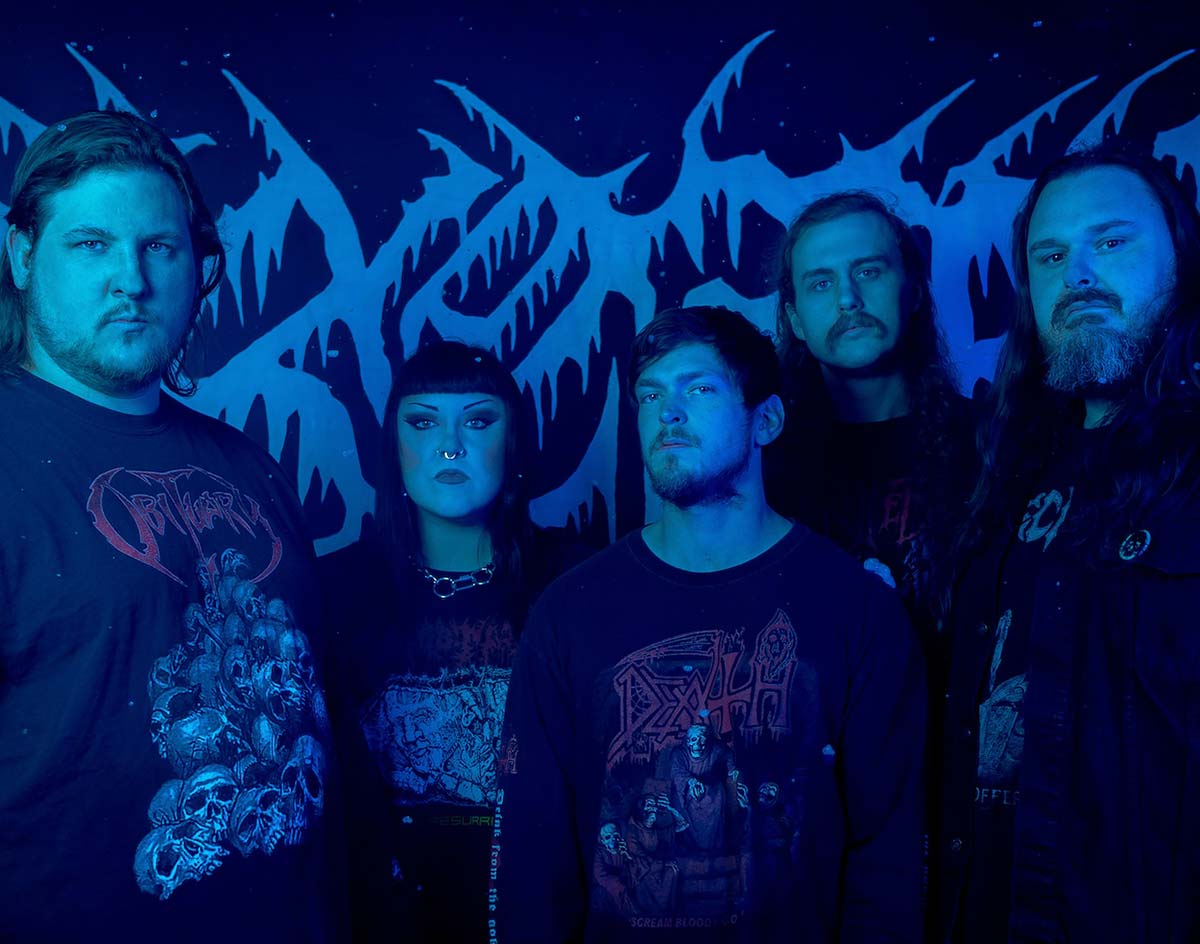 Frozen Soul — “Arctic Stranglehold”
RIYL:‌ slasher flicks.
What‌ ‌else‌ you‌ should know:‌ With bone-crunching melodies that reflect the metal genre’s pioneering influences –not unlike Power Trip’s pals in the Florida-based Obituary — Frozen Soul is, as noted a few times now, the latest power player in North Texas’ lineage of devastating and powerfully gritty performers. And as the band continues to thrive, it’s recalling Winter Storm Uri and bringing with it a chill in the air — that’s for damn certain.

Soon enough, their brand of “cold-school death metal” will surely blast into climes far and wide as part of a tour supporting their colossal, January-released debut Crypt of Ice LP. But, so long as the still-ongoing pandemic makes such travels impossible, the band’s behemoth and crystalline drop-tuned songs are for now being championed with a homespun music video release strategy that singles out individual favorite cuts from the album.

That’s the story, anyway, behind the band’s newest “Arctic Stranglehold” single and its accompanying visuals , which reveal a delightful thrasher severing heads and cudgeling band members. Is it the best horror film we’ve seen all year? Damn well might be.

Here’s hoping it’s nothing more than mere dark fantasy, though.

Music-wise, this band is bombarding Dallas with a sinister sound that’s heavy as lead, and their freeze-themed stamp on an old-school aesthetic should stand as a welcome addition to the North Texas music landscape for many a frostbitten year to come.

Frozen Soul’s sound isn’t just worth eating up; it’s a cold- and frostfro-brewed delight well worth every slurp.