Dallas’ Frozen Soul Is On A Path To Death Metal Glory. 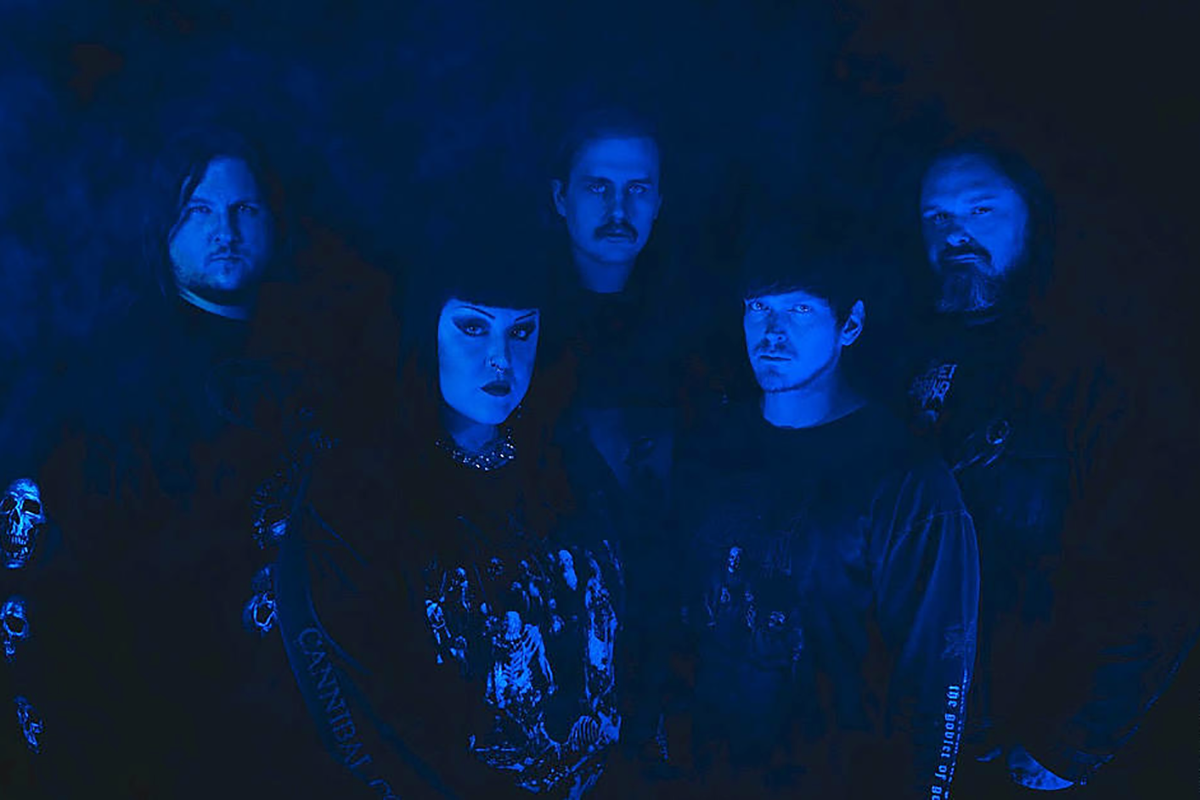 From Three Links To The Top Of The National Metal Scene: Frozen Soul Talks Their Rapid Rise And Just-Released Debut Album.

Like the cold death on the Seven Kingdoms of Westeros, Dallas death metal act Frozen Soul has been creeping in from the North Texas scene.

The band has been widely hailed as one of the most exciting outfits to emerge in the genre not only in DFW, but the genre’s national arena, too. With an icy approach based in brutal effulgence, they’ve gained the support of world-renowned heavy-metal label Century Media, which just released the band’s debut LP, Crypt of Ice, on January 8.

Back in 2019, Frozen Soul landed their first near-sold-out show at Three Links for Not So Fun Weekend before opening for prominent touring acts like Blood Incantation and Necrot. They have since gone on to share stages with death/grind outfit Exhumed, as well as the death metal pioneers of Obituary — the band regards the latter show as a personal triumph in that it meant playing alongside their longtime idols.

“Playing our first show to a packed crowd at Three Links was a nice surprise,” guitarist Michael Munday recalls of the band’s earlier days.

They’ve come a long way from the comic shop where Frotman Chad Green first met Munday during a game of Magic: The Gathering.

“I just messaged Chad out of the blue one day asking if he wanted to start a band,” Munday recalls. “We didn’t know we wanted to play death metal at first — we just wanted to write some heavy ass music and see where it went from there.”

Now they find themselves label mates with some of the most notable contemporary heavy metal acts.

The two began working on reigniting Green’s metallic hardcore band End Times. What they ended up with, however, was something a little heavier than what End Times was going for — it was then that Frozen Soul birthed its first single, “Hand of Vengeance.” That song eventually found its way onto the heavily-lauded four song demo, Encased in Ice.


“Chad was originally playing drums so we could write the songs,” Munday says. “Eventually he wanted to do vocals. Once we finished writing the songs for the demo, we found a drummer right away.”

The band hones in on influences to draft an unpretentious, old-school sound established in hardcore-thrash riffs at a death metal pace. Guided by Green’s deep bellow, they’ve grafted some oddly hypnotic bangers that echo the howl of Odin’s slain ice giants.

With features from the likes of MetalSucks, Loudwire and Revolver Magazine, Munday admits press has been on the band’s side from day one, but maintains it’s the adoration of fans that are responsible for Frozen Soul’s rapid advancement through the death metal ranks.

“We were confident that everything was going to be received well, but definitely not to the extent that it is and how fast it all has happened,” Munday says. “We always had an idea of how things were going to go, but this immediate attention exceeded all of our expectations.”

“I already loved the band and had been to all the shows, [so] I was more than happy to come on board,” he says.

With that, they entered the studio in March of last year under production from Schmuck and with a major label to foot the bill. Crypt of Ice is the first of a three-album deal with Century Media, and it’s one hell of a first impression.

Of course, with the pandemic still raging on, Frozen Soul has been unable to tour in support of the release.

“Since touring wasn’t an option, we had to find other ways to help promote the record,” Munday says. “COVID has definitely shaped the way things have gone.”

With the force of a growing zombie horde of devotees and the power of a label behind them, Frozen soul has already been able to drop three music videos for Crypt of Ice, including a ferocious visual for the title track, with more on the way.

“[Working with Century] has been a great learning experience, but totally different compared to our previous DIY experiences,” Munday says. “They’ve done a really great job promoting the record and helping get some opportunities we never thought we’d have.”

Crypt of Ice is out everywhere now, and with it came all the “slow pain and cold death” that Frozen Soul has to offer. Winter is here, and as Munday assures us, these rising death metal giants have a lot more cold shit planned.