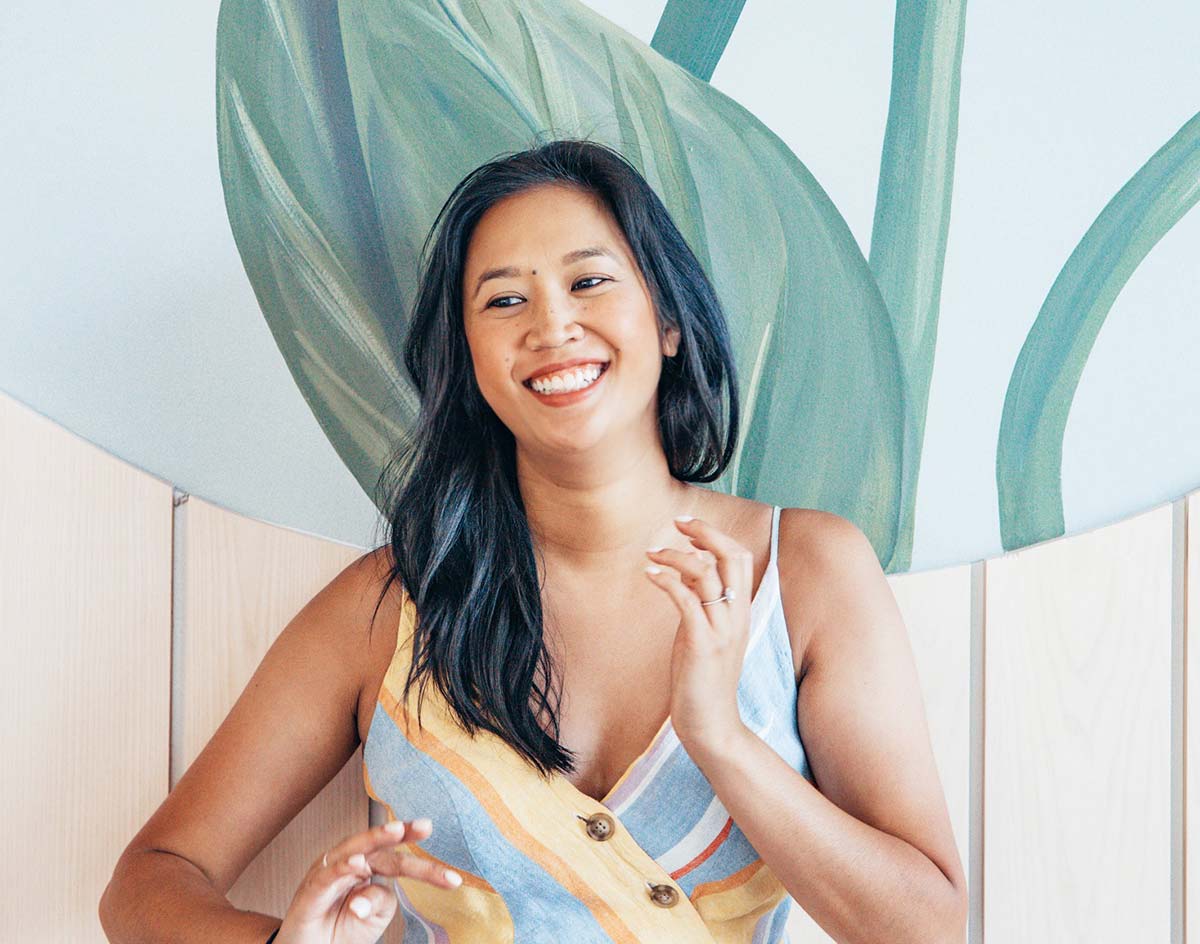 The Co-Owner Of Bishop Arts’ Hip Asian-Meets-Cajun Spot Discusses How Her Dad’s Immigration Experience — And Her Own Love Of EDM — Shaped Her Tastes.

As a baby, she drifted off to lullabies crooned by her father in Khmer. They were songs filled with sorrow and joy — melodies he once sang while working in the rice fields as a prisoner in Khmer Rouge-controlled Cambodia in the late ’70s before escaping to Thailand and then eventually making his way to New York in 1980 to start a new life.

“When my dad came to America, he learned to speak English through music,” the co-owner of Bishop Arts restaurant Krio says.

She recalls Neil Diamond and the Bee Gees pumping through her home’s speakers, filling their kitchen as her father cooked for the family. These same musicians — along with a few new favorites — now incite inspiration for Cheng herself as she blends and braises in a kitchen of her own.

Cheng’s musical taste is broad. Before opening her Asian-inspired Cajun restaurant last June, she booked all of the talent for Sisu Uptown.

“My business partner Dan trusted me,” she says. “He knew that I was ahead on music trends, and that I knew what Dallas wanted to hear.”

Her taste and work ethic even took her to the frontlines of the concert industry as she worked for a time as a stage manager at the Electric Daisy Carnival, where she indulged her appreciation for EDM.

“Music is everything to me,” Cheng says. “It keeps me motivated, and it definitely influences my cooking because it sets the mood. I love dancing in the kitchen and having a good time.”

Hit play on the playlist Cheng curated for us, then keep reading to learn more about how her food interests were shaped by the tunes she loves.

Do you remember the first album you purchased?
My very first album was a cassette tape, and it was Ace of Base’s The Sign. My favorite songs off that album were definitely “All That She Wants” and “Don’t Turn Around.” My first CD was Hanson’s MMMBop.

What was the first concert you attended?
The first concert that I ever went to was the Britney Spears’ “…Baby One More Time” tour at Six Flags Over Texas. They stopped the Texas Giant so that people who were riding it could watch, and I thought that was really cool. At the time, my dad was super strict. We had just converted to Christianity, and he was still a very devout Buddhist as well. So, when I got that album, he listened to every single song with me to see if they were appropriate or not. And, of course, I twisted everything. I was like. “You know, this song is all about forgiveness, dad.” Stuff like that. Anyway, I got to keep it.

How has music influenced your cooking?
Music has always been a big part of my life. My dad always had it playing anytime he was doing anything, even in the kitchen. And I have it on 24/7 now, just because I feel like it’s a remedy for everything. It also keeps me on my toes, and I’m able to be creative with it. I can explore and be creative when a good song is on.

What do you like to listen to when you cook?
It depends, but I really love listening to ’40s blues or chill house music.

What kind of music do you play at your restaurant?
Sometimes we’ll be listening to ‘40s blues and jazz. Sometimes ’60s music; I love The Beach Boys. And then, as the sun sets, it turns into chill house music.

If you could only listen to three albums for the rest of your life, what would they be?
Definitely ODESZA — I’m actually walking down the aisle to “Kusanagi.” It would be either A Moment Apart or In Return. And then Bag Raiders’ Bag Raiders. The third would be the Bee Gees Children of the World. It was really hard to pick, but I could listen to these albums over and over again!