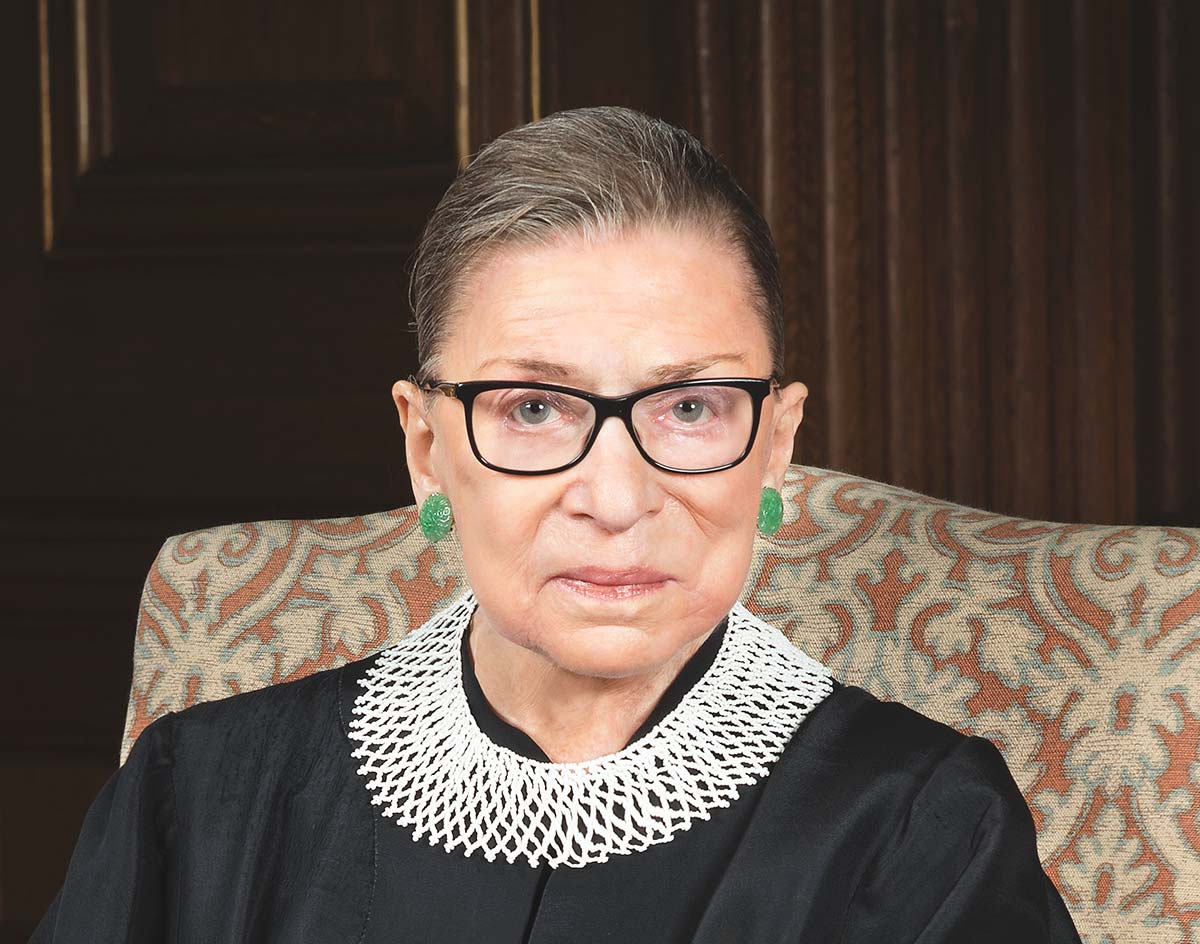 The Symphony Honors The Late Justice Ruth Bader Ginsburg, Post Malone Gets Shot In The Head In A New Movie Trailer And Power Trip Shows Signs Of Life.

One year after her death, the Dallas Symphony Orchestra will present the world premiere of a new work meant to honor the late Supreme Court Justice Ruth Bader Ginsburg, who passed in September 2020.

Co-commissioned by the DSO from the Pulitzer Prize-winning American composer Ellen Taaffe Zwilich, the piece will make its debut at the Meyerson Symphony Center on October 7, where it will be performed by Grammy Award-winning classical vocalist Denyce Graves and the renowned pianist Jeffrey Biegel.

“We are thrilled to present this important work here in Dallas to honor Justice Ginsburg,” says Kim Noltemy, CEO of the DSO, in a press release announcing the effort. “It is our honor to bring this piece to life at the Meyerson and remember the trailblazing legacy of this incredible woman.”

Tickets will go on sale this summer, right here.

Worth noting: Yes, Ginsburg was a big fan of classical music — and opera, particularly.

Premiering this new piece is just the latest first for the DSO, which became the first major U.S. orchestra to present socially distanced concerts with live audiences during the pandemic back in the fall.

Speaking of comebacks: Power Trip guitarists Blake Ibanez and Nick Stewart are indeed performing music again! The pair recently snuck out to Florida to visit their buddies in the death metal band Obituary and participate in that group’s livestream over the weekend. Even better? They joined in as Obituary covered the Dallas thrash heroes’ “Executioner’s Tax (Swing of the Ax)” in honor of the late, great Power Trip vocalist Riley Gale, who shockingly passed in August 2020.

When it comes to Post Malone, on the other hand, people are always on the fence of just how good he is. But, hey, most of us can agree the Grapevine-sprung pop star is definitely entertaining, right? It’s how he keeps landing movie roles, as he has in the new Jason Statham-starring Guy Ritchie movie, Wrath of Man. That movie’s trailer dropped this week. And — Posty haters, listen up! — it features our many getting shot in the face by Statham. No shit!

Someone else doing something new is the Rock and Roll Hall of Fame inductee, St. Mark’s School Of Texas attendee and Woodrow Wilson High School graduate Steve Miller, whose Steve Miller Band just announced the release of a historic and previously unreleased concert album from their 1977 tour that came in support of their Fly Like An Eagle and Book Of Dreams LPs.

The album releases on May 14 and will be available on digital formats, CD, and 2xLP black vinyl. The accompanying concert footage will stream on Amazon Prime Video’s Coda Collection.

Also mining the past is the Dallas post-punk act Rosegarden Funeral Party, whose ongoing “Take Cover” series most recently took aim at Roxy Music’s “To Turn You On” to spellbindingly warm ends. Check out the accompanying video for this latest cover; it was filmed by Erin Devany of All Hallows’ Productions and features guest musicians Bobby Hoke (Le Cure) and Poppy Xander (Polyphonic Spree) joining the fray for one of the classiest things we’ve seen so far this year.

Speaking of class, or at least molding young minds: Dallas death metal act Frozen Soul‘s bassist Samantha Mobley joined Little Punk People’s Elliot Fullam for a fun interview this past week. Young though he may be, the rising interviewer has previously spoken to the likes of Ice-T, James Hetfield and Stranger Things‘ Gaten Matarazzo. Mobley was touting her band’s icy new record Crypt of Ice that was just released on Century Media. Across the talk, she recounts her early influence of Black Sabbath, and the seeming irony inherent within an album called Crypt of Ice being written in Texas. (We got it now, though.)

Demi Lovato, meanwhile, rightly continues to be applauded for speaking her truth about past experiences with abuse and drugs in the new YouTube docuseries Dancing With The Devil. The people love hearing from Demi! In fact, the title song on her forthcoming LP — also named Dancing With The Devil — was just voted as this week’s Favorite New Music in a fan poll from Billboard.

The Def Jam-signed Dallas rapper Bobby Sessions, meanwhile, too has new music on the way. Just this week, he released a dope new track called “Cog In The Machine” from his upcoming album Manifest LP.

Last month, you may recall, we told you about Sessions’s partnership with Marvel, in which he and two of his labelmates penned stories for the comic books’ Black Panther series. As for those labelmates: We of course knew that Kaash Paige counted as a North Texas local, but we didn’t know that Saint Bodhi was planning on moving to Dallas soon herself — but that’s exactly what she told D Magazine in a recent piece of their own on the Marvel-Def Jam collaboration.

If it’s dramatic arcs you seek, look no farther than the recent goings-on with the Grammy-winning, Arlington-based gospel singer Kirk Franklin. As the Dallas Observer reports, Franklin found himself in hot water after his son leaked phone call that revealed the gospel star threatening to put his foot in his son Kerrion Franklin’s ass. While pops has since apologized, his son said in interview with the Atlanta-based “Larry David Live” that sorry might not cut it this time.

Hey, it wouldn’t be a CDC-sanctioned Easter without a little family drama thrown in!

Lastly, and in the name of Easter Celebrations coming up this weekend, Dallas blues musician Alex Lease will be premiering the new video for his song “Your Savior” on his YouTube channel this Easter Sunday. He was inspired to write the song while sitting one morning at church — and he actually wrote the thing right there during the preacher’s sermon. Think of the below teaser clip as an appetizer for Sunday’s release.